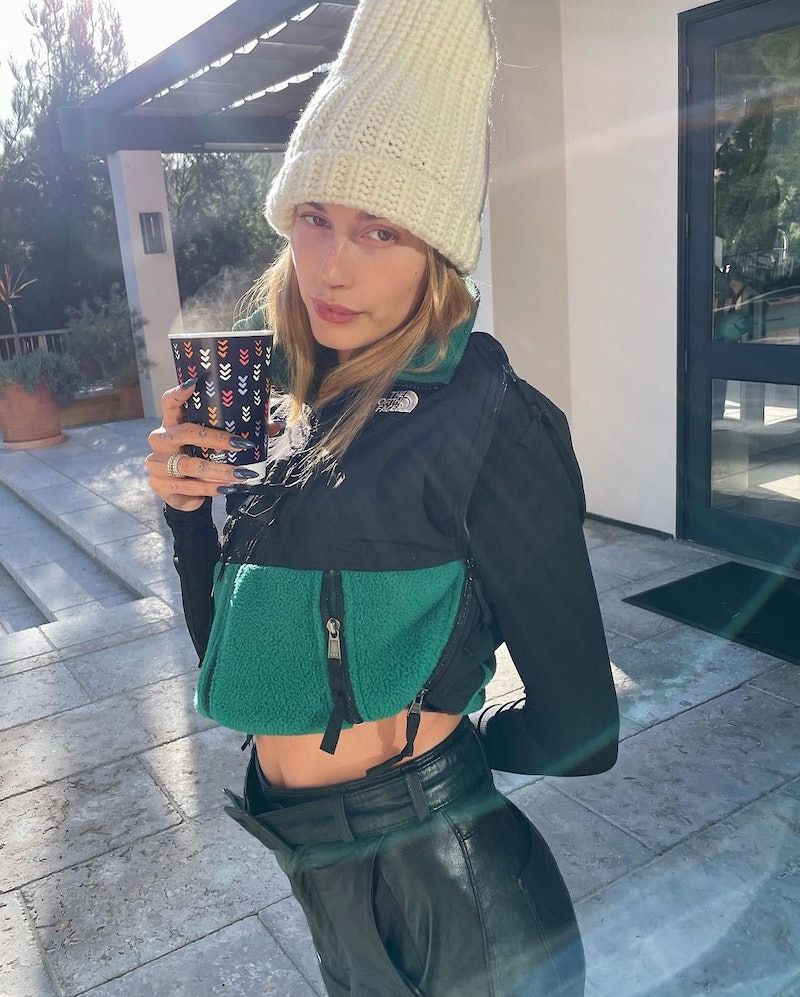 Before you sit down to DIY your next set of nails, it's worth knowing a new trend has appeared just in time: navy blue nails. Celebrities, top manicurists, and designers are all collectively embracing the nearly black shade. And while it's fresh and trendy for the season, all signs are pointing to the color's power staying strong well into 2021.

In general, this year, blue has been a hit with tastemakers, as indicated by Instagram. Kourtney Kardashian, for example, recently opted for a bright, tropical blue for her sister Kim's birthday bash, and many stars incorporated blue into their election-themed manicures this month, as well.

And while blue is a classic favorite color, this year, darker variations of it seem to be emerging in the beauty world via new product launches, ranging from holiday eyeshadows to nail polish. While it may come as a surprise to some, especially since glitter and neutrals usually commandeer fall and winter, it's fairly understandable that people are in search of something more grounding this year in color, even for something as simple as a manicure. In fact, in terms of color psychology, blue is the color of calm and constancy, which everyone could use a little of right now.

Celebrities have taken a liking to the idea of the richer version of the cool shade. in lieu of the traditional reds, blacks, and purples that come with winter, they've been opting for navy instead. If you'd like to follow suite, below, pick out similar shades of navy polishes and recreate these celebrity-loved looks yourself.

Starting the navy trend for fall was none other than J.Lo, whose dark blue nails, created by her go-to nail artist Tom Bachik, bordered on black. Only when the light hits this color just right is it clear that it's a far more dimensional hue.

Celebrity nail artist Chaun Legend created this look for Kylie Jenner and while the shape and shiny finish are stunning, the navy blue color really cleans up. Perfectly saturated without crossing the line into bright blue, this color sets the tone for fall and winter.

A slate blue borders the line of gray and navy. So if you're feeling a more moody neutral, but are still craving that hint of color, a chic shade like Hailey Bieber's matte slate navy is a must. If you can't find a shade of your liking that's matte, simply add a matte top coat.

Not everyone adores super dark blue, and Betina Goldstein's deep cobalt nails are a charming alternative if navy is still a little too close to black for you. Using Chanel's Rhythm lacquer, she created this timeless look that's wearable for any season.

Miss Pop Nails used The Morning After as the base coat for this manicure and added cable knit sweater-like lines with a bright blue for a fun touch of texture. This is one of the more fun ways of embracing fall without leaning on oranges or other classic (read: cliché) motifs.

Context
The Morning After Nail Lacquer
$15