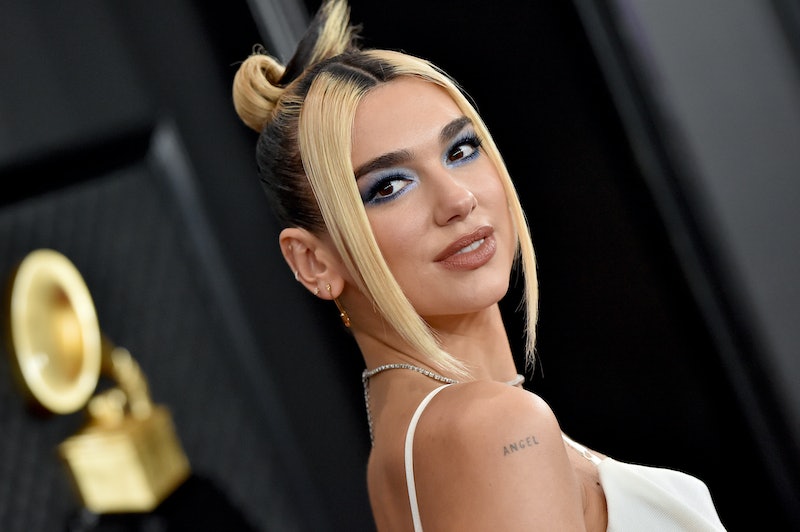 Fashion today is a ragbag of bygone trends plucked from various moments in history: tie dye from the '70s, mullets from the '80s, bucket hats from the '90s. Shoulder pads, acid-wash jeans, and crop tops have come and gone but blue eyeshadow is the seemingly immortal trend that has miraculously outlived them all.

"It is a forever color," CHANEL Celebrity Makeup Artist Pati Dubroff tells The Zoe Report. "In color therapy, blue is considered a healing and calming color, reminding us of the sky and water, great healers... I think we all need some extra calming and healing these days, even if it is a subconscious choice."

Thought to have become initially trendy after the 1959 debut of a blue-lidded Barbie, the hue has been periodically upheld by legends like Twiggy, Elizabeth Taylor, and David Bowie. These days, though, you're likely to see the shade on Lady Gaga, Bella Hadid, and Dua Lipa.

Blue has become the new neutral makeup, able to translate seamlessly from decade to decade, from season to season. "I usually start to see blue tones come into play during the summer and even into fall sometimes because it's the one pop of color that has always been more wearable," says Ash K Holm, makeup artist to Ariana Grande, Camila Cabello, and several Kardashians.

Holm reports seeing the hue crop up in outer corners and along the upper and lower lash lines — "little pops of blue are a great way to make a statement without overdoing it," she says. Meanwhile, Fiona Stiles — whose clients include Lily Collins, Gabrielle Union, and Kate Bosworth — tells TZR she's noticing bold, metallic iterations, either worn with a neutral face or paired with a bright-red lip "for a bit of Studio 54."

"I think you just need to lean into it. Go big or go home," Stiles says. "A flat wash of color paired with a dark blue liner and lashings of mascara. Don't worry about a lip color, just wear lip balm."

Seven celebrity-approved eyeshadow looks to inspire your next blue-painted lid, ahead.