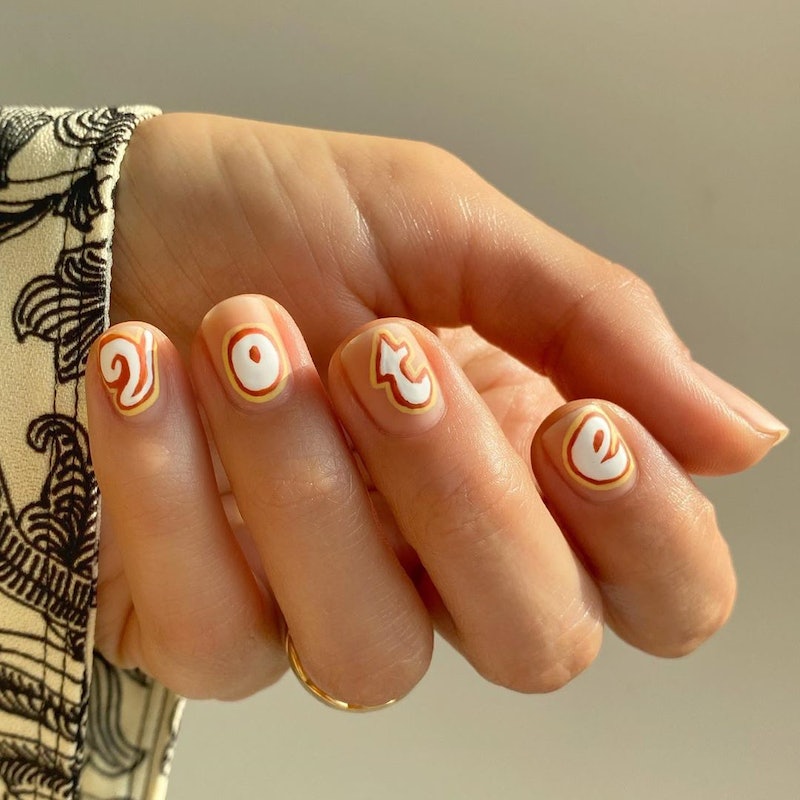 With mere hours to go until what will almost definitely be a highly charged, record-breaking Election Day, social media is awash with last-minute activism and nonpartisan pleas to vote. The fraught political climate seems to have seeped into every little nook and cranny of the internet, even sparking its very own Instagram beauty trend: election-centric nail art. These celebrity manicures are one more reminder to vote.

Generation Z Instagrammers and TikTokers will reportedly make up a tenth of voters this year, and their keenness to cast a ballot has been increasingly apparent over the past few months. Pop culture icons — the virtual ringleaders of 2020's young voter demographic — have been fueling the enthusiasm with politically relevant sartorial statements, one of the most prominent being Lizzo's election-inspired outfit at October's Billboard Music Awards.

Before the rapper posted a video of herself dropping off her mail-in ballot in an American flag-adorned bustier, she accepted her golden microphone in an election-inspired dress and nail duo. Now, the theme dominates the grids of manicurists like Mei Kawajiri (aka Nails by Mei) and Betina Goldstein, and has enticed other celebrities like Olivia Munn, Gabrielle Union, and Kerry Washington to flaunt their own "vote nails" in solidarity.