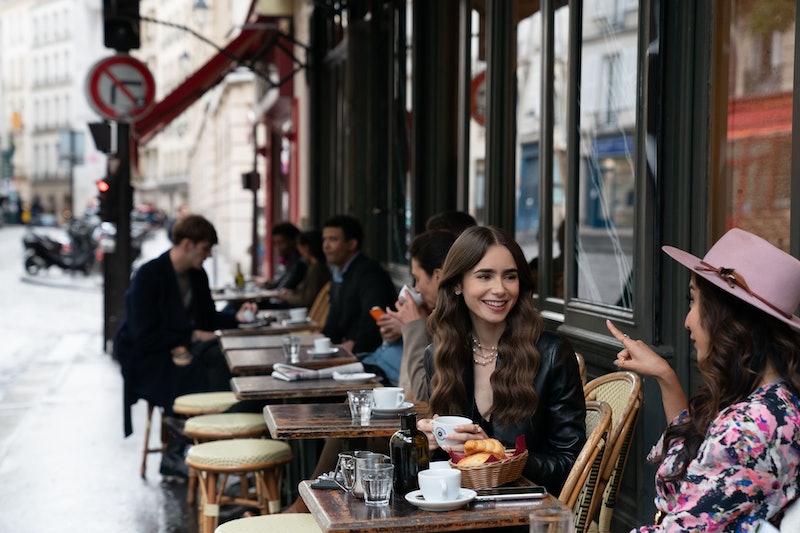 If you're stuck in a gift-giving rut, it may help to know that you can find inspiration for cool, stylish, and totally out-of-the-box presents a lot closer than you think — namely your television screens. Some critics have suggested that this the a golden age of TV, so where better to look for ideas than some of the latest and greatest series? And shopping TV show inspired gifts — with your recipient's preferences in mind, of course — isn't just creative, it's also super thoughtful and proves that even if you don't share the enthusiasm for their faves, you've at least been paying attention.

Once you open the Pandora's box that is TV-themed gifts, you'll quickly learned that there are tons of t-shirts, mugs, and other novelty paraphernalia emblazoned with the catch phrases, titles, or character likenesses — which may not be quite what you're looking to find for your especially chic friend or loved one who's enamored of a certain show. But with a little creativity, you can treat her to something that nods to beloved programming while managing to fit seamlessly into her wardrobe or home decor, no matter how particular.

To make this gift especially timely, you could narrow it down to a few of the newest and most buzzworthy shows (in other words, her most current obsession). For example, does she rave about the royal style as seen on The Crown? Or has she been talking a lot about chess since The Queen's Gambit has been streaming? If she's more of a reality show follower, look no further than the new franchise of Real Housewives, Salt Lake City, for some après ski attire?

Whatever she's watching these days, the 15 gifts ahead — inspired by five of the most popular shows currently streaming — should at least help spark some ideas for the TV lovers on your list.

If she's determined to sharpen her chess-playing skills, she ought to least have a set that will look beautiful with her decor.

Flutes? Beth would never. These vintage-inspired saucers are much more fitting for sipping champagne while binge watching the show.

Fans might love to recreate the mod vibes in their own space with bold-patterned (yet removable!) wallpaper — a hallmark of the show's notorious art direction.

Skip the beret and get your Emily-obsessed friend her go-to accessory, a cool bucket hat.

The box of the pastel-hued French pastries is perfect for posting on the 'gram, as Emily would.

She can research the real history of quintessential French style with this inspiring coffee table book.

It's much easier to create a whimsical confection with this inclusive rainbow cake kit.

She can put her own baking skills to the test with Milk's cookbook, which is filled with magical treats.

Let her display her own creations with pride by giving her a proper cake stand.

Alexis fans can nod to their favorite character with this initial necklace that's a ringer for hers.

Etsy
Love That Journey For Me Handstamped Keychain
$15

If you're going to co-opt a catch phrase, this is a subtle and chic way to do it.

Like the SLC housewives, even if she's not a pro on the slopes, she must have a stylish ski jacket.

With notes of spruce and cinnamon, this Utah-inspired candle is much more pleasant than "hospital smell," which fans know is a hot topic on the show.

Amazon
'HRH: So Many Thoughts on Royal Style' by Elizabeth Holmes
$35

This book on royal style is a no-brainer for The Crown devotees.

She can create her own high tea moment with this royal blend.

Diane — and her iconic style — finally were introduced this season, and this sweater is a nod to one of the princess's most lusted after pieces.