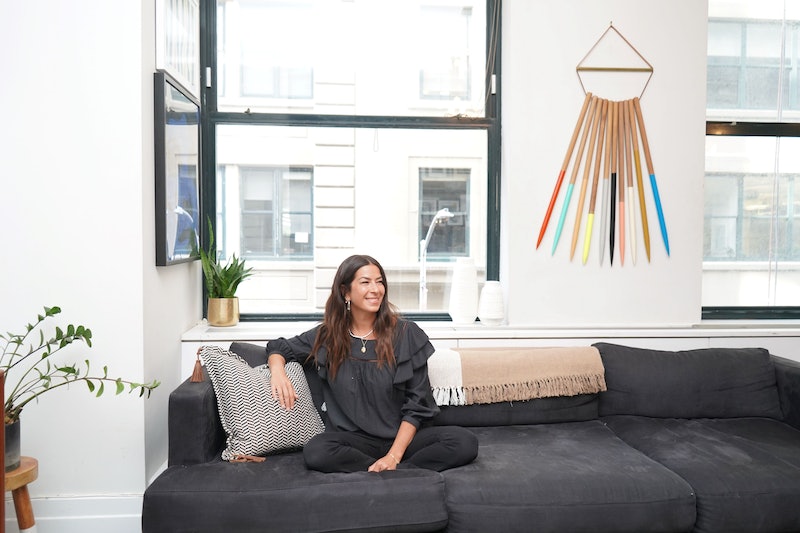 Good design can take on so many forms: Sometimes, it's the logo on your to-go coffee cup and other times it's a dress you're wearing to dinner. That said, designers often value aesthetics beyond those in their particular field, and a perfect example of this can be seen in a recent partnership between Lowe's and NYFW. The one-stop-shop for home improvement goods worked with three designers to edit collections of Lowe's products that are actually being used in the backdrops of their Spring/Summer 2021 collections.

In an effort to show that great interior design can be accessible — something the designers have already proven to be true in fashion with past collections/partnerships — Lowe's selected NYFW Spring/Summer 2021 opener Jason Wu as well as Rebecca Minkoff and Christian Siriano to pull pieces from its existing stock that were inspired by their definitions of home. Though all three currently call NYC their home, their take on this concept differ wildly, which is also what makes this collaboration an ideal place to shop for your own fall update.

Comprised of smaller decor pieces — like ceramics and objet d'art — as well as statement-making furniture, these edited collections all boast impressive price points. For example, a set of Mediterranean-inspired bowls is under $40 and a sleek sofa is around $1,300. Ahead, find a little more info on what drew each designer to their picks as well as a few highlights from each. Then be sure to tune into this this year's event —which takes place digitally — and see exactly how the decor compliments the fashions.

Though Wu resides in New York, he considers his "second home" to be Tulum, a fact that's made obvious by his selection of natural materials and bringing traditionally outdoor elements inside, which gives a relaxed, beach-y, vacation-like feel to the collection.

Having spent so many months limited to her apartment, Minkoff's idea of home manifested itself as a love letter to the city of New York and its nightlife, which can be seen in her penchant for pieces featuring sleek shapes and materials.

"Laidback Elegance" was the idea behind Siriano's edit, which seamlessly combines hard and soft, classical and industrial touches throughout.