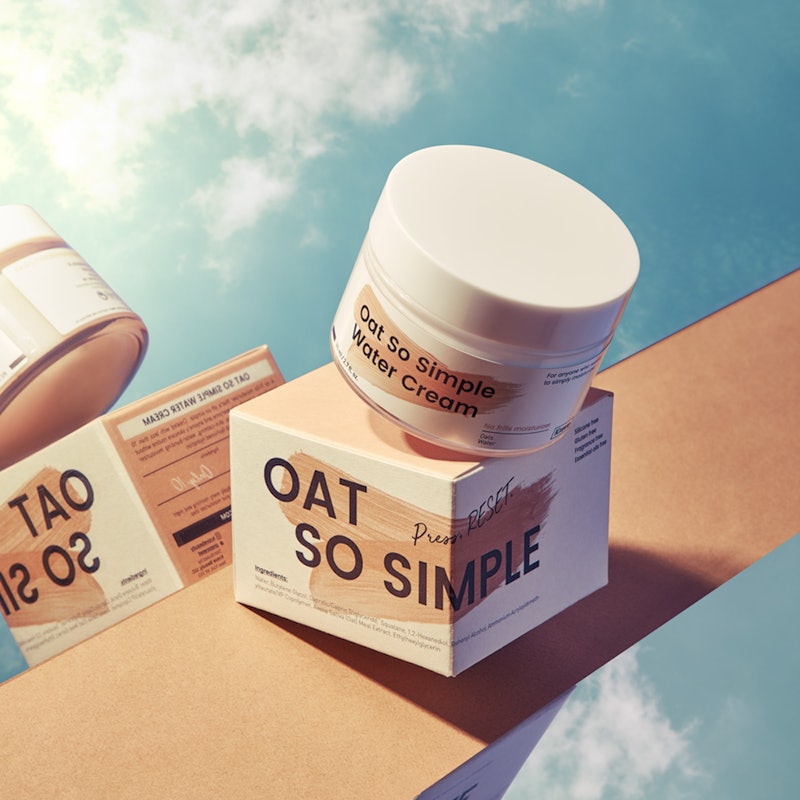 Back in my day, skincare routines were simple. Cleanser, moisturizer, SPF, done. Maybe toner, if you were feeling fancy. Today, the fundamentals tend to get overshadowed by the fun stuff — essences, acids, ampoules, serums, oils, mists, masks, and more — meaning it’s probably time to revisit the basics. Starting with how to apply moisturizer.

“Effective moisturizers serve two functions: hydrating your skin, then keeping that moisture locked in,” Dr. David Lortscher, M.D., a board-certified dermatologist and founder of Curology, tells The Zoe Report. Moisturizers typically do this with one of two classes of ingredients (or sometimes both): humectants and occlusives. “Humectants bind to water and hold moisture in the outermost layer of the skin,” Dr. Lortscher explains. Essentially, these ingredients — including hyaluronic acid and glycerin — pull hydration in. “Occlusives form a barrier between your skin and the outside environment, protecting it from moisture loss,” the dermatologist continues. Mineral oil, silicones, butters, and waxes have occlusive properties, and these seal hydration in. Both support the function of skin’s natural moisture barrier.

Ahead, everything you need to know about the skincare staple — including where it belongs in your routine, what ingredients to look for, and how to maximize your moisturization.

Apply Your Moisturizer After Your Serum

“I recommend applying products from thinnest to thickest,” Dr. Devika Icecreamwala, M.D, F.A.A.D, a board-certified dermatologist with Icecreamwala Dermatology, tells TZR. “Serums are typically thinner than moisturizers, so I recommend moisturizer be applied after serum.”

... And After Your Face Oil

“Occlusive ingredients form a barrier around the skin to seal in moisture, so any skincare ingredients applied on top of a moisturizer with occlusives will not penetrate the skin as effectively,” Dr. Lortscher explains. In layman’s terms: If your moisturizer includes petroleum, silicones, butters, or waxes, it’s best to apply it after your face oil. Otherwise, the oil won’t reach the surface of your skin.

Apply It To Wet Skin For Best Results

“Moisturizing your skin while it’s still damp will maximize hydration,” Dr. Lortscher says. This is particularly effective if your moisturizer of choice includes a humectant. “Moisturizers containing hyaluronic acid, which helps your skin to draw in water, are more effective when there is water available for the humectant ingredient to bind to,” the dermatologist explains.

Slather It On Twice A Day

“A gentle moisturizer can be used every day or as often as you wish,” Dr. Lortscher says. “We advise Curology users to apply moisturizer in the morning and in the evening after cleansing.”

But There’s No Need To Go Overboard

“One or two pumps is usually sufficient,” Dr. Icecreamwala says. “You want to put enough to moisturize your skin, but you do not want to put too much and clog the pores.”

“Scientific studies have shown that when our skin is deficient in linoleic acid and predominantly composed of oleic acid, the skin’s natural sebum becomes thick and sticky, thus clogging pores and exacerbating acne and various skin ailments,” Korchemniy says. Logic says — and dermatologists agree — that adding linoleic acid to your skincare routine should help your sebum levels regulate. “LILOU Regenerating Balm contains nourishing oils that are high in linoleic acid,” the founder shares. “Essentially, it will help balance the oil production for those with excessive oil production or those who lack it.”

You Can Use A Water-Based Moisturizer…

Or An Oil-Based Moisturizer…

“In oil-based moisturizers, all ingredients are dissolved in an oil base, and the first ingredient listed is often an oil,” the Curology dermatologist says. “Common oils include occlusives such as petrolatum or mineral oil, and emollients such as plant oils.” These products are typically heavier — AKA, ideal for dry, winter skin.

Balm-textured moisturizers feature solid waxes, butters, and oils — and no water or fillers. “The reason we didn't include any water-based ingredients in the formula of LILOU Regenerating Balm is due solely to the fact that since oil and water don't combine, additional ingredients such as emulsifiers, stabilizers, and fillers would have to be introduced to the formula, adding an additional five to 10 ingredients just to emulsify water and oil,” Korchemniy explains. Because they have fewer ingredients, balms tend to be “cleaner,” more concentrated, and more stable. “We do suggest applying balm to damp skin as again, our skin does need both oil and water,” the founder says.

You Can Even Cocktail Your Moisturizer

“As Oat So Simple Water Cream is so simple — and quite safe in formulation — it blends in with anyone's skincare routine without any potential worries or concerns,” the Krave team tells TZR of its watery, 10-ingredient product. “Our founder loves mixing her actives, like our Kale-Lalu-yAHA glycolic acid or retinol products, with Oat So Simple Water Cream.” This kind of “cocktailing” works best with thinner moisturizers.

These Are The Ingredients To Look For

“Hyaluronic acid is an ingredient known to have a positive effect on the appearance of wrinkles and skin elasticity,” Dr. Lortscher says. He’s also a fan of aloe (“A staple ingredient known to soothe skin”), shea butter (“Which fills tiny cracks in the skin”), and squalane oil (“A natural, plant-based antioxidant that fights wrinkle-forming free radicals,” also found in Oats So Simple Water Cream).