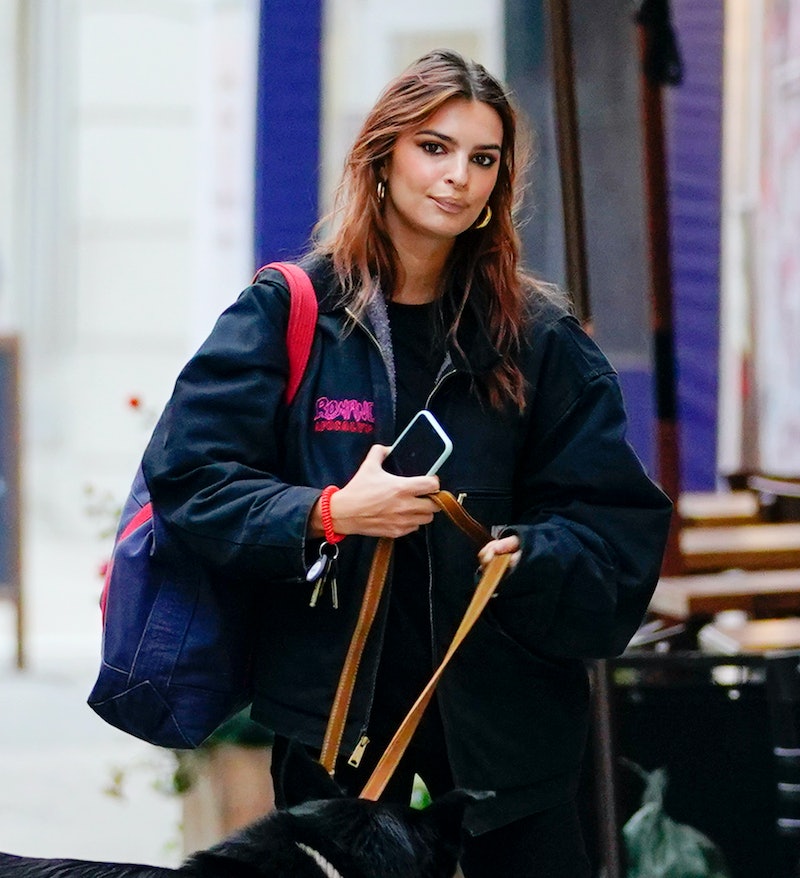 Hollywood is experiencing its own baby boom, and with Emily Ratajkowski’s pregnancy announcement to add to the list, the entertainment industry has another bundle of joy to look forward to with eager anticipation. And just as you would expect from the model, designer, and actor, EmRata shared the news of her expecting baby in the most fashion-forward way: a VOGUE cover shoot and video.

While some celebrities like Gigi Hadid and Sophie Turner quickly adjust to life as new mothers, and others like Emma Roberts count down the days to their due dates, Ratajkowski’s maternity season is only just beginning. On Oct. 26, the 29-year-old Inamorata founder posted her VOGUE cover on Instagram to officially announce the start of her next chapter. On the digital cover, she wears a luxurious orange silk slip dress with lace trim from Jonathan Simkhai, which beautifully showcases her growing bump.

Along with the VOGUE photoshoot, Ratajkowski shared a short video of her pregnancy. The Lena Dunham-directed video shares snippets of EmRata’s journey to motherhood, complete with ultrasound videos and a reading of a letter to her baby. “We are waiting for you, wondering who you will be,” she writes. The mother-to-be shares more thoughts on this period of her life as she eagerly awaits the arrival of her baby, reading, “There is a quietness that comes with pregnancy, a humbling. I am listening for you.”

With an announcement like this, it’s only natural to wonder what Ratajkowski’s maternity style will shape up to be. The model already gave a hint with her video, which included the cozy basics she’s been living in so far. Relaxed T-shirts, sweatpants, easy bralettes like the $16.95 Shaper Crop Bra from Boody, and more act as parts of her at-home pregnancy capsule wardrobe. However, for the moments out of the house, she opts for (unbuttoned) leather pants, cropped tees, and blazers — which fall right in line with her everyday style and affinity for casual workwear.

Ratajkowski’s maternity season only adds to what’s already been an eventful year. The model recently joined the Instagram-favorite beauty brand Loops as creative director and partner. Additionally, she’ll be publishing a book of essays titled My Body with MacMillan Publishers.

Scroll down to see more of EmRata’s pregnancy video, and prepare to see plenty of cool and casual outfits featuring her bump in the future.