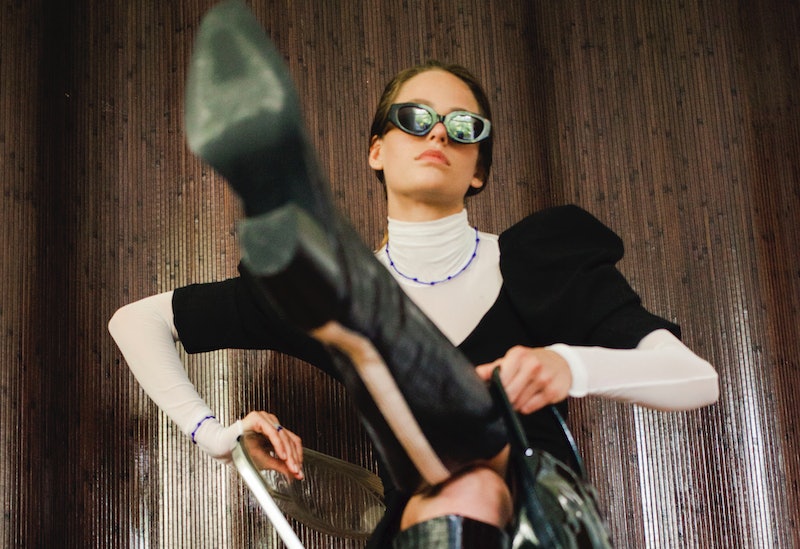 Eight brands, always in rotation. That's the premise that Isabella Soto forged emerging concept store, 8vo Ático (pronouced octa-vo), upon just a year ago. A confident, playful cross between hallmark Latinx style and Scandi chic, the clothes stocked are made for individuals who want to be seen. Soto's studies (Fashion Merchandising; Marketing) took her from her home in Venezuela to Miami, New York, Boston, and Copenhagen — all of which played a part in creating her vision. "I got to a point where I was like, 'Okay, I’m ready to do my own thing'," she tells TZR. "But I wanted to do it in a way that was different." Thus, the e-store was born — and it's giving fashion lovers something to shout about.

"For me, it was always fashion," says Soto, whose inspiration started at an early age, watching her mother work as a local model in Venezuela. "She has a very good eye. I loved how she would dress, so that's definitely how I got that fashion interest." Beyond her familial inspiration, the aesthetics of her home country profoundly informed her own sensibility. "Venezuela's a place where everyone has a different style [...] which definitely impacted [mine]."

It wasn't until Soto visited Copenhagen for the first time that her concept began to take shape. "I found that it was a super-cool, complete different style there, and it was starting to get a lot of notice, especially with the rise of Scandinavian bloggers. I started to see also a little bit of interest in New Zealand, which was always being upstaged by the brands in Australia. So, I felt that it could be a cool, very niche market, for sure — to mix those types together. That’s how 8vo Ático came together."

While not all brands are currently from the two countries, all share the same off-beat, cool girl style that the store is known for. Take, for example, Latinx-owned fashion brand Amlul (by Spanish model-influencer Gala Gonzalez), which 8vo Ático serves as the exclusive U.S. retailer for. With surprising cuts, sheer fabrics, and boisterous prints, all boxes check out with Soto's vision.

As most brands have pivoted to prioritizing loungewear through quarantine, 8vo Ático is a rare exception — and it's with good reason. "I would definitely think that there is a point where people are sick of wearing their pajamas all day, or sweatpants, a t-shirt and sweatshirt. I think people are like, 'I’m done. If I can even wear boots in my house, I’m going to!'" she shares. What you'll find on its site is not your everyday white tee or your basic pair of jeans — because, as Soto puts it, someone's already doing that. "You’re going to see [that] in many multi-brand stores. We like to bring that kind of difference."

For Collection 03, which drops Sep. 25, the offering has evolved considerably since Soto first launched the concept store. "My first collection was definitely more focused on that Latin American style, because it has a lot of colors, a lot of tropical patterns and flowers, but in a very Scandinavian way. As I did the second collection, I was like 'Wow, that first collection was very true to what I knew at first.' The second one was more evolved, like me going out for different styles, and also knowing what my customer wants." And the third collection? "Definitely strong styles," she says.