The LVMH Prize announced its semi-finalists. 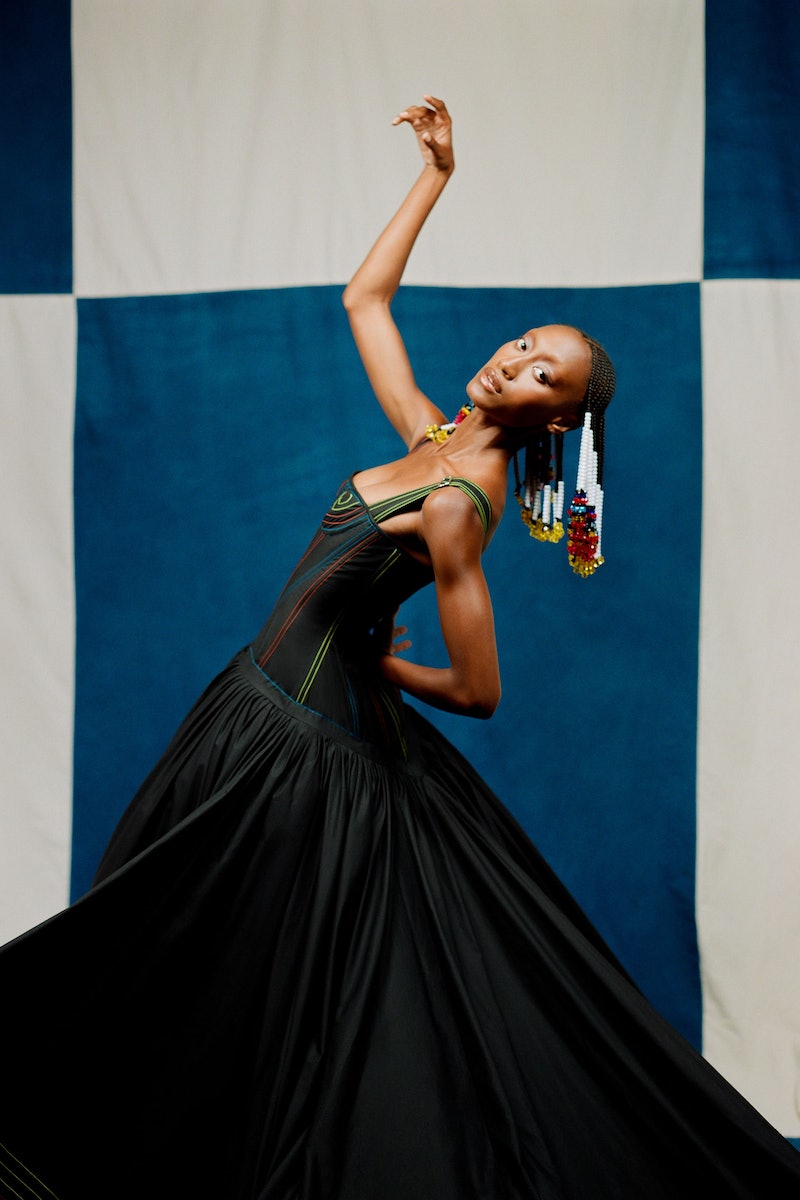 The COVID-19 pandemic has inarguably — and perhaps forever — changed fashion as you know it. Designers are transitioning their once IRL runways into the digital sphere, and brands are using social media as outlets to connect with consumers — both of which create opportunities for the everyday citizen to take a front row seat. One of fashion’s most highly-anticipated grants, the LVMH Prize For Young Fashion Designers, will be exploring this more democratic fashion approach. On March 30, the LVMH Prize announced its 2021 semi-finalists and revealed that for the first time in the award’s history, you can cast your votes to help decide the next winning designer.

After vetting through 1,900 applicants, the LVMH Prize committee announced the 20 designers who will advance to the 2021 virtual semi-final. “The semi-final will be entirely digital, and we wanted to open it to the greatest number of people,” said Delphine Arnault, founder of the LVMH Prize and executive vice-president of Louis Vuitton, in a statement. “For the first time, the LVMH Prize will give the public the opportunity to discover the 20 semi-finalists on the lvmhprize.com.” The showings take place from April 6 to 11, and as is tradition, the winner will receive a prestigious, year-long mentorship from LVMH experts and a €300,000 grant.

The 20 semi-finalists span across the globe — designers come from countries like South Korea, Colombia, Nigeria, and the United States — and the presentations themselves will all reflect a diverse and sustainable mindset. “All the semi-finalists have incorporated a responsible stance in their creative vision: use of innovative or traditional materials, upcycling, recycled fibers, artisanal and local approaches,” said Arnault. “Among the semi-finalists, 7 do womenswear, 5 menswear, and 2 do both,” and “6 of them design genderless collections,” she added.

Of the up-and-comers, some names you might already recognize are: Christopher John Rogers, a Brooklyn-based, go-to designer for Kamala Harris and Lady Gaga, as well as British designer Bianca Saunders, who is making a name for herself in menswear as an inventive and experimental force. Other rising stars who’ve advanced to the semi-final include AGR, Federico Cina, Kika Vargas, Lukhaynyo Mdingi, and Shuting Qiu. The full list of LVMH semi-finalists can be seen on vogue.com.

Familiar faces like fashion icon Bella Hadid, newly-appointed editor-in-chief of Vogue China Margaret Zhang, and Samira Nasr of Harper’s BAZAAR will join this year’s judging panel. Four-time Grand Slam singles champion and reigning champion of the U.S. and Australian Open, Naomi Osaka, was also announced as an ambassador for the 2021 LVMH Prize edition. (What this exactly entails is unknown, so stay tuned.) A few of the semi-finalist designers already have products available for purchase, meaning you can do some shopping research ahead of casting your vote. Below, you’ll find a selection of pieces from the designers that includes a rainbow sweater from knitwear brand AGR and a strappy number from Nensi Dojaka that encapsulates the cutout dress trend.