It’s *the* most cheerful pop of color for summer. 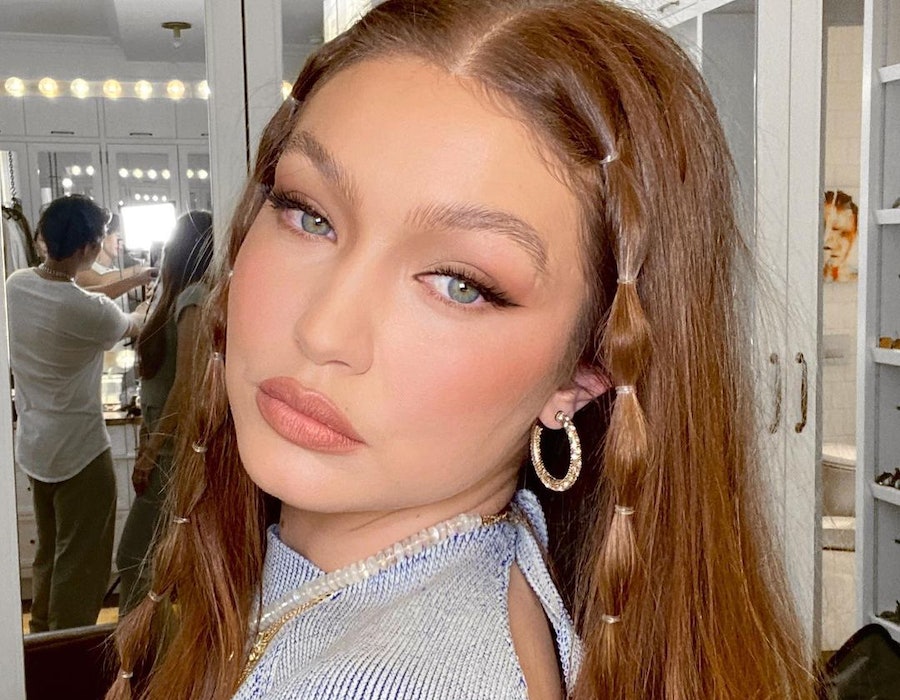 Another day, another soon-to-be-massive trend debuted early by Gigi Hadid. At this point, the supermodel and mother to newborn baby Kai is practically a one-woman lookbook of endless hair, makeup, and style inspiration. Just a few months after leading the red-hair revolution that’s got every celebrity going some shade of fiery red, Hadid is back to demonstrate exactly how she wears what’s sure to be summer’s it-shade of eyeshadow. In a new Instagram photo, Hadid shows off a cream blazer, beachy waves in her own auburn hair, and an inner corner pop of bright yellow shadow. Gigi Hadid’s sunflower yellow look not only calls attention to her bright eyes, but also adds some summertime flair to otherwise muted makeup.

The look in question, cryptically captioned “Coming Soon” by Hadid seems to be the handiwork of Patrick Ta, who uploaded the same shot to his own Instagram, albeit with a much more straightforward caption simply tagging the model. Against the rest of Ta’s work, — including a warm, latte-colored lip, gentle contouring, and some peachy-brown shadow across her remaining lid space — the yellow has the chance to truly stand out, front and center.

Though Hadid’s another early adopter of the trend, different versions of warm yellow eyeshadow are being spotted on celebrities left and right. Just last week, Kehlani wore a wash of canary yellow eyeshadow, paired with an artfully deconstructed tuxedo, to a birthday party for a look that was one-part Gatsby, one-part flower child. When Zendaya wore some pretty sunflower shadow, she accentuated it with lots of fluttery lashes, and Margot Robbie paired her own yellow eye look with pink cheeks and a barely there lip.

If you want to take the yellow eyeshadow trend out for a spin yourself, there are a million different shades to choose from and just as many different shades to wear it. For a foolproof formula, though, look for one that’s slightly orange in hue as those are typically a bit warmer and the most flattering on all skin tones and eye colors. Take a page out of Zendaya and Hadid’s book and keep other makeup simple and pared-down, and watch the compliments roll in.

This $42 palette comes in two color ways and is large enough that even if you used it as highlighter, bronzer, blush, and eyeshadow everyday, it'd probably still last years — with zero compromise on your glow factor.