She made the ultimate entrance. 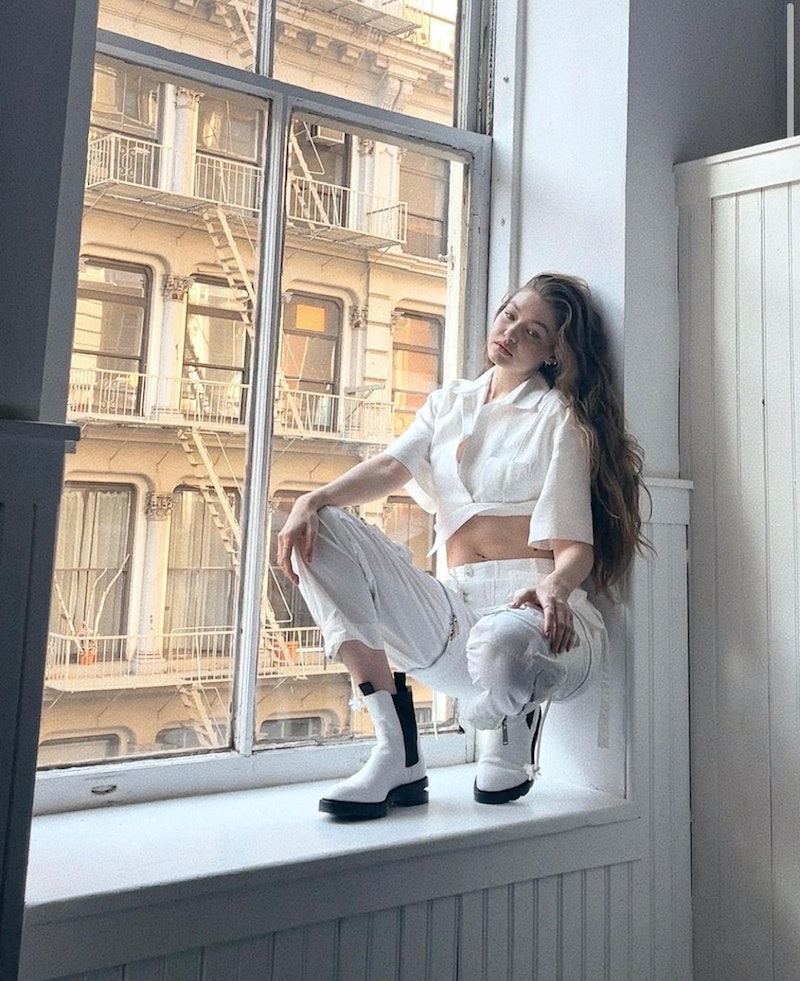 Gigi Hadid has had a busy year. Pandemic or not, the model became a new mom to baby Khai just five months ago and has spent the past few months jetting between her family's home in Bucks County, Pennsylvania and New York City. Now, however, she's made her triumphant post-pregnancy runway return — with a new hair color. Yes, Gigi Hadid debuted red hair in the virtual Versace Fall/Winter 2021 presentation today, where she opened the show. Her bright hair popped against her all-black look and major platform heels, accessorized with a red bag and, most notably, her dramatic sky blue cat-eye makeup.

The show took the form of a 10-minute video, in which the models walked a labyrinth inspired by the shape of Versace's iconic Greca logo. (Sister Bella Hadid and Irina Shayk also walked for the show.) Hadid teased her return with an Instagram story, writing, "my first show 'back!'" The model also posted a throwback to this time last year when she walked the runway for Chanel, just a few short weeks after she found out she was pregnant.

Though the Versace show marked Hadid's first time back on the runway in quite some time, it was not her first time modeling since giving birth. The 25-year-old appeared on the cover of Vogue in February. In the accompanying article, she revealed that she'd had a 14-hour home birth. She did the magazine shoot just ten weeks later, saying, "I know that I’m not as small as I was before, but I also am a very realistic thinker. I straight up was like, ‘Yeah, I’ll shoot a Vogue cover, but I’m obviously not going to be a size 0,’ nor do I, at this point, feel like I need to be back to that. I also think it’s a blessing of this time in fashion that anyone who says that I have to be that can suck it."

Ten weeks postpartum or five months, Hadid is as mesmerizing as ever. See her in the Versace show below: