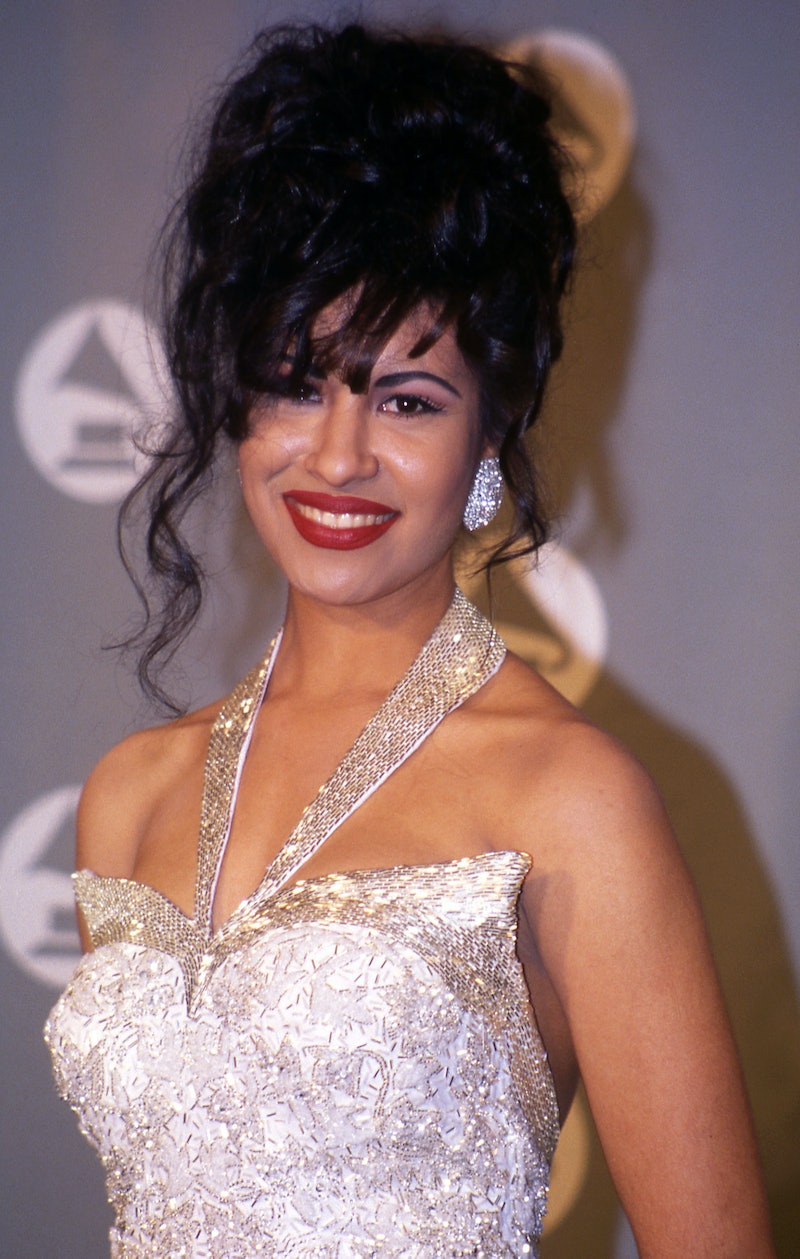 If there’s one type of person out there who understands the power of a stunning red-carpet makeup look, it’s a musician. The best Grammys beauty moments span decades, from ‘80s Whitney Houston, ‘90s Mariah Carey and Selena, to ‘00s pop queens like Britney Spears, Adele, and Billie Eilish. Scrolling through the throwback looks is like watching trends come and go over time: You’ll see how Houston’s sky-high hair nods to the hairstyles of the ‘80s, while Spears’ lower-key makeup and slinky white dress from the 2000s awards show is so early aughts. Certain looks bring back that moment in time, too; Adele’s Old Hollywood glam from the 2012 show, where she won six awards, defined her style for years to come.

With the 63rd Annual Grammy Awards right around the corner — 8 p.m. ET on March 14, to be exact — it’s time to revisit the most iconic makeup and hairstyles, so you can prepare yourself for the latest arrivals and future list-making looks. Continue scrolling to click through just 10 of the best Grammys beauty looks of all time. Then make sure you check out Grammy.com to see all of the nominees up for a 2021 Grammy award.

All roads start with Dolly. This look from 1977 is still so on trend, from the volumized hair to the long, doll-like lashes.

Whitney Houston’s classic makeup and high, swooped hair was worthy of an award, too.

Mariah Carey stunned at the 1991 Grammys, where she wore her honey blonde hair curled with a very early ‘90s nude lip.

The iconic Selena Quintanilla-Pérez appeared at the 1994 show with a cascading, curled updo and her signature makeup look — the bright scarlet lipstick.

If you were around in 2000, you know that Britney Spears’ sleek-haired Grammys look made everyone you knew run out and buy a new flat iron.

It’s hard to beat J.Lo’s green dress from the 2000 Grammys, but if you’re looking at hair, this long, perfectly highlighted style from 2011 is the pic to bring to your colorist.

Cardi B at the 61st Annual Grammy Awards

Cardi B and Mugler is a match made in heaven, and what hairstyle do you wear with vintage Mugler other than a pearl-covered beehive?

It’s safe to say that nobody could pull off neon green and black hair like singer-songwriter Billie Eilish.