It's more common than you think. 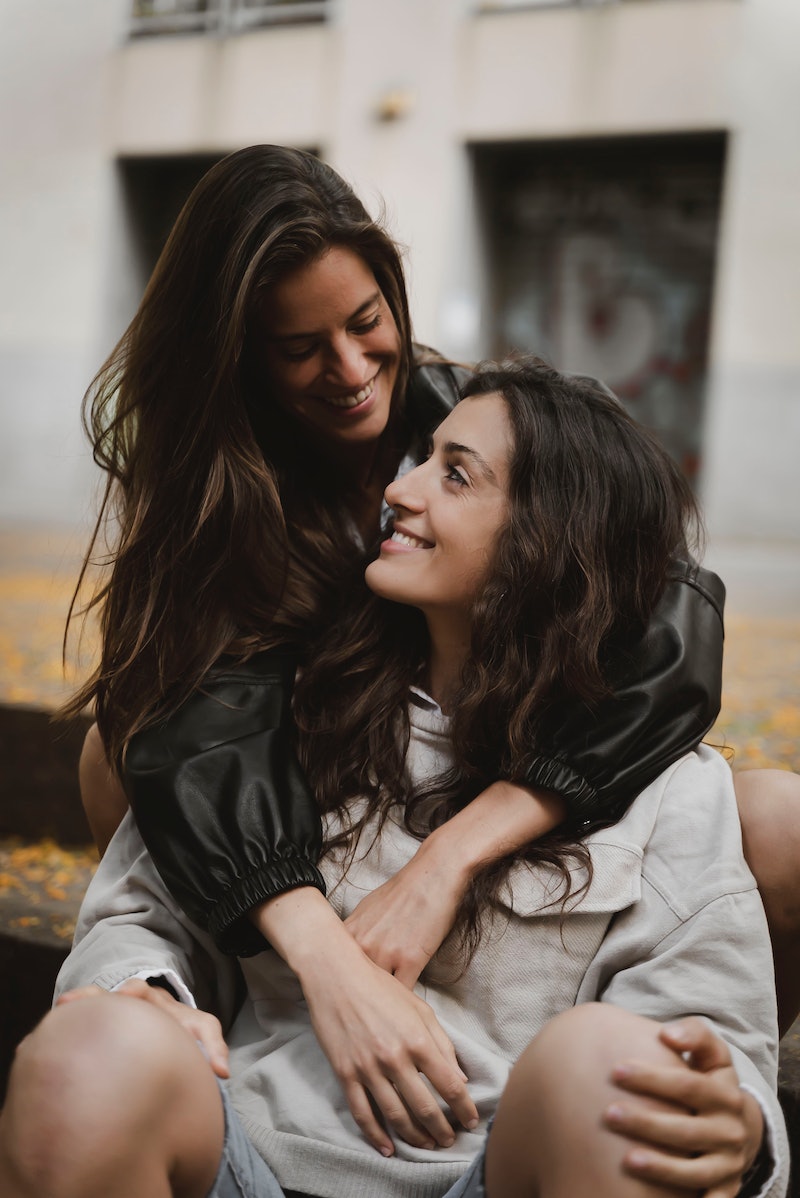 People inevitably evolve in different ways throughout their lifetimes — and those twists and turns and moments of both growth and regression (as the case may be) can account for ebbs and flows of your relationships, too. As you adjust and take different shapes, does that mean what you're looking for from a partner does as well? For example, can love languages change over time? And if so, what can you do stay in sync?

Love languages have become a popular factor for finding potential matches (they've even become a feature on some dating apps), but they're also a way for those already in a relationship to get a little more insight on their dynamics and better show up for one another. If you're not yet familiar with the concept — which was coined and popularized by relationship expert Gary Chapman in the early 1990s — it's that every person falls mainly into one of five categories when it comes to the way they prefer to give and receive love and affection: acts of service, quality time, receiving gifts, physical touch, and words of affirmation.

There are quite a few factors that can make you lean into a particular love language above others (romantic history, familial relationships, etc), and while some might stick to that pattern in the majority of their relationships, these and other inevitable forces can just as easily cause you to have a change in the way you express love, according to relationship experts. And this also can mean having multiple love languages at once, dependent upon your different types of bonds. "I think that not only do our love languages change over time but they can be different across relationships at any given time," explains Rachel Thomasian, therapist at Playa Vista Counseling and author of BreakUp & BreakOut. "For example, I may favor physical gifts from my significant other but want words of affirmation from my mother."

It's important to note that having differing, even opposite love languages doesn't have to be a deal breaker — but knowing about those differences and being able to express them could make your relationship stronger, says Thomasian. "I don't think changes in love language are deal breakers, I think they happen in most relationships over time," she adds. "What would be a deal breaker is your partner not wanting to be flexible and understand you in order to grow with you."

Being aware of these changes and what caused them could help explain communication difficulties in some relationships, and it can also be important to note when you're unattached but looking to find a compatible partner. That said, what are some of the biggest reasons those needs and inclinations might shift? As Thomasian shares, a change in your stage of life — such as losing a loved one or having children — can be a major factor. "Becoming a parent is a big life stage change that can influence our love language," she says. "Suddenly, words of affirmation may mean less than acts of service as you focus on what is scarce or more needed."

The relationships expert also says that your mate's tendencies could rub off on you, resulting in a change to the way you exhibit love and affection. "It's not unusual for our love language to start mimicking a partner," Thomasian says. "As we learn to understand and value theirs, we therefore become more fluent in it, if you will."

So what can you do if you've noticed your love language has changed, and your current relationship is affected by this shift? As Thomasian explains, it all goes back to having a strong line of communication. And though she admits it can be an awkward conversation, it can ultimately allow you both to get your needs met. "We can't expect our partners to be mind readers, so we have to actually tell them," she says. One way to make the discussion a little more playful? Turn it into a game by suggesting that you and your significant other take (or retake) the quiz together.

Once you do have that discussion, a next step could be temporarily swapping love languages as an exercise. "Next, I would ask a couple to try and express love to their partner using their partner's preferred love language twice a week," Thomasian says. "It helps you practice a different way of expressing love and it also increases your chances of being understood. At the end of the week, check in with each other to see if both partners caught the attempts."

And what if your mate isn't as interested in these types of personality tests? In those cases, Thomasian advises listening and observing so that you're tuned in to what their love language might be at a given moment (especially following other significant life changes). "From time to time I suggest bringing to mind what they have done to communicate their love to you in their own language," she explains. As is the case with so many kinds of differences in communication styles, by being an attentive partner, you'll likely be rewarded with important insight.