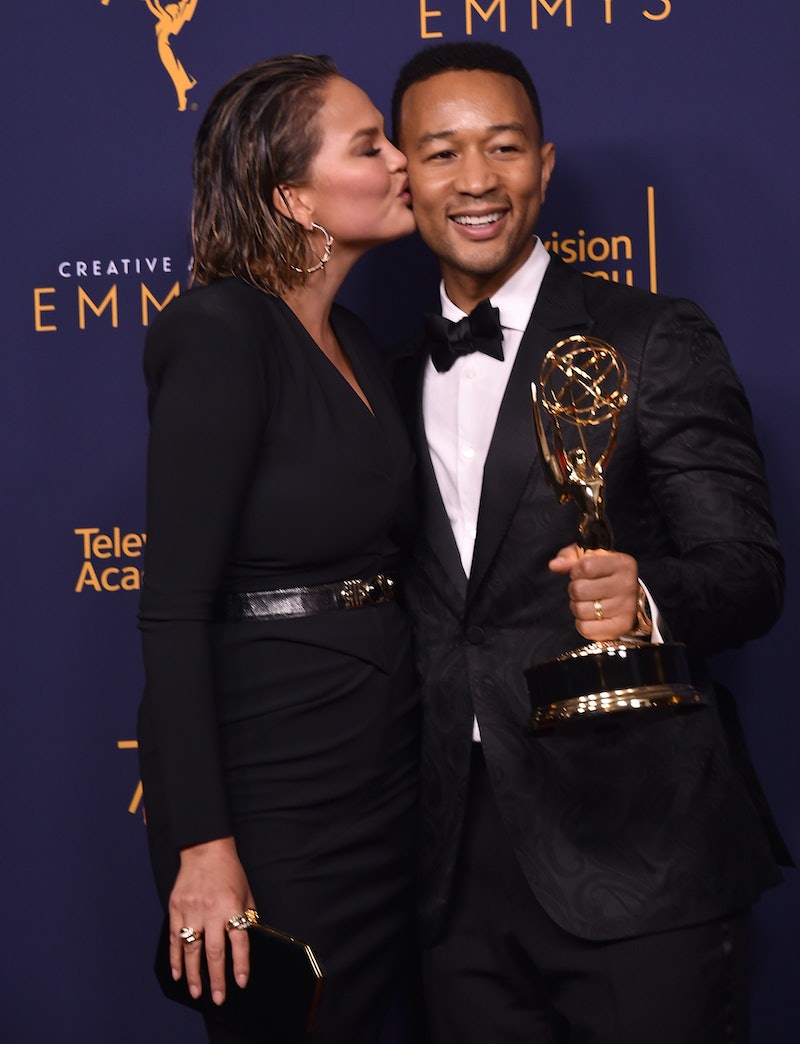 In the grand scheme of things, there is no tried-and-true formula to making a relationship last. Everyone seems to have their own recipe for success, whether that include healthy communication, mutual respect, or even quality time together. But, what if, at the end of the day, the secret to long-lasting love boils down to some simple relationship compatibility factors?

According to relationship experts, if compatibility is not at the forefront of your mind, it should be. “Compatibility is equivalent to not settling for something less than what you desire, and it comes down to an understanding of what your values are, and deciding to be with with someone who agrees with or also lives by those same values,” says Jeannie Assimos, Chief of Advice at eharmony. “Most importantly, the relationship will be just be plain easier when you see eye-to-eye on the majority of issues.”

That said, Assimos explains that some incompatibility is totally fine and actually pretty normal. “Your relationship can carry some compromise, and some friction,” says Assimos. “The danger occurs when you exceed a reasonable level or a period of time. If two people find they are compromising over and over on issues that are very important to them, that friction can lead to a lot of conflict.”

But what issues are compatibility deal-breakers and which ones can you be a bit more flexible about? Again, there’s not cut-and-dry list here of things to prioritize, but there’s some valuable professional insights to guide you as you figure things out. Ahead, see the six compatibility factors relationship gurus think you should consider for a long-lasting union.

Greta Tufvesson and Nikki Lewis, founders of elite matchmaking service The Bevy say that ensuring you and your partner both want the same things from your relationship is of utmost importance. "Do you both want monogamy?" says the duo. "Marriage one day? To start a family? If those are non-negotiable for you, you should be upfront with your partner about it. Never assume someone wants the same things as you do. Never assume someone will change their minds. It’s crucial to be on the same page about these."

As simple as this sounds, it’s a big one. “Without trust, you are not able to truly rely on your partner,” says Preston Ni, professor, communication coach, and author of books Seven Keys to Long-Term Relationship Success and How to Communicate Effectively and Handle Difficult People. “If you can’t rely on each other, your relationship lacks security. Simply put: Without trust, you’re on shaky ground — and trust issues emerge early on. Little things can be red flags if not discussed or taken seriously.”

And what are these red flags exactly? According to Ni, it could be as basic as your partner not being able to keep promises. “Nobody’s perfect, but do they own up to their mistakes and try and make up for them?” he explains. “These are character issues and they can reflect the integrity of a person and the maturity of a person. The more trustworthy your partner is, the more likely you’re able to endure in the relationship.”

It’s no secret that finances are a leading cause of breakups and divorces, so this one is not exactly a surprise. But, what exactly does financial incompatibility mean and how do you spot it in your relationship? “There’s a direct correlation between frequency of conflicts over finances and divorce,” explains Ni. “It might take some time to get to know your partner’s spending habits and financial values, but they can definitely be revealed in little ways early on.”

The relationship guru explains that things as trivial as who pays for the first, second, and third dates, and gift-giving can be dead giveaways on how your partner views finances. “Would your partner be satisfied with a thoughtful but inexpensive gift?,” he asks. “Or would they be disappointed because you didn’t spend a lot of money? Does your partner have a habit of materialism and the temporary gratification that comes with impulse purchases? These

traits revealed early on can indicate how mature a person is with money and how they view finances as a whole.”

No matter how much or how little money you’re working with, no one is exempt from this issue, so making sure you and your partner’s financial values align is key here.

Even if you're partner is "good on paper" and checks off all the boxes in your head, a relationship that lacks some spark is not ideal, say Tufvesson and Lewis. "To add to the ever expanding list of non-negotiables, many people prefer political or religious commonalities," says the duo. "For some, it may be similar socioeconomic backgrounds. Perhaps it’s common interests and lifestyles. But ultimately the beauty of what we do lies in chemistry, and as we know, chemistry cannot be contained in a laundry list of must- haves.”

In some cases, being with someone just like you can seem boring or unappealing. However, a partner with similar social habits or patterns should be considered for your own sanity, says Assimos. “Since eharmony looks deeply at personality traits, including how introverted or extroverted someone is, we’ve come to understand that relationships with both types of people require a certain amount of compromise in life to be happy in the long-term,” she explains. “That said, sociability, how much someone likes going out and being around people, is a non-negotiable compatibility factor that would make a relationship challenging if partners felt differently, or if they had conflicting expectations for the other person.”

Although in some cases, opposites can in fact attract, being a glass-half-full or glass-half-empty person could be the exception here. “Attitude towards life plays a significant role in compatibility,” says Assimos. “In other words, it would difficult for a pessimist and an optimist to have a successful relationship as their views on life would conflict on a regular basis.”