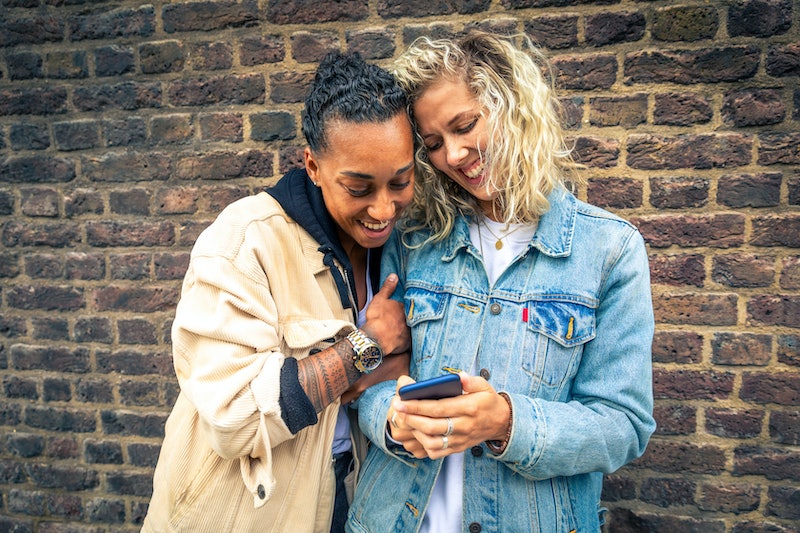 While the first weeks (or months) of dating can and should be the fun, carefree stage in which you’re simply learning the dynamics of a potential relationship, they are also crucial in that they can determine overall compatibility. As intense as it sounds, these initial dates can be very telling — especially if you pay attention to hidden deal breakers. And although some signs of trouble can be more obvious — difference in life and relationship goals, negativity, aggression, etc. — some are carefully secreted under the surface, peeking out discreetly and sneakily here and there.

"Red flags are one of the most important things to look out for in dating because they tell you what kind of person you are dealing with," says Melissa Hobley, the Global CMO at OkCupid. "Women in particular tend to make excuses for red flags — but take these seriously. As the saying goes, 'When people show you who they are, believe them.'"

That said, the more under-the-radar the issue, the more cause for concern, as these little deal breakers can often manifest into something truly catastrophic if they go unchecked for too long. Hobley offers this example: "Excited about a new person you're seeing, but he or she seems a bit too concerned about the fact that you have other guy or girl friends? You could be dealing with some serious jealousy issues, so don't ignore these."

An example like the one mentioned above can easily fall through the cracks, especially when you're in the full infatuation phase. You could easily misidentify jealousy for devotion or avid interest. Sometimes this red flag radar doesn't truly kick until you've had a couple bad experiences under your belt. "The more people date, the more they learn about themselves and what they are looking for," says Hobley. "We know that 66 percent of OkCupid users say they become more specific over time in what they want in a potential partner, and I think it's equally important to figure out what you don't want as it is to know what you do."

So what are some of the more under-the-radar deal breakers you should be wising up to, you ask? Ahead, six major ones that should be detected early on, even in their subtlest states, according to relationship experts.

Too Eager To Impress

Although it’s natural to want to make the best impression possible on your date or potential partner, you don’t want someone who is inauthentic. “It may be tempting to put on the best face or to tell your dating partner information about you that you think he or she will find impressive,” says Rachel Astarte, psychotherapist, transformational life coach, author, and educator. “Certainly this is something that we don't want to do, but it's important to be aware when the person you're on a date with is doing the same. Pay attention to how eager he or she is to impress you with stories about his or her life. It may be that they are not entirely factual, which you will find out down the line.”

There’s nothing better than those long, open talks with the person you’re interested in. You know the ones — the dates that last for hours and you never want to end. However, be aware of the dynamics of your conversation and who is doing all the talking. “Beware of a dating partner who monopolizes the conversation,” says Astarte. “Not only could this be a sign of narcissistic tendencies, but it may indicate low self-esteem, hence the need to control the conversation. Again, we should not have to build ourselves up in order to be liked.”

Piggybacking off the above, lack of empathy can really shine through in these initial conversations. Again, in the haze of lust, you might not notice little flaws in your emotional connection with your date. Try to be aware of how they respond to deeper and more vulnerable discussions. “If you share your emotional distress and they respond in unkind ways then it's a red flag,” says Dr. Wyatt Fisher, Licensed Clinical Psychologist and Marriage Counselor.

How They Treat Others

Even the most brief interaction can clue you in on someone's character. Simple manners and kindness can really shine through when you're out and about ... or not. "When you're going out to eat with the person on a date, pay attention to how they treat your server, bartender, Uber driver, and other folks around you," says Hobley. "People overlook red flags in these scenarios that become huge issues later on."

Amidst the hustle and bustle of life, it’s normal for plans to change, but keep an eye out for chronic inconsistency. If your date is constantly flaking or you’re going too long in-between dates, it could be a warning of things to come. “The proof is in the pursuit,” says Dee Strickland, Certified Dating & Relationship Coach/ Expert. “If your new beau goes missing for days at a time or makes plans with you and bails last minute, or you're getting stood up with no notice; ditch him or her. This person has no respect for your time. You want a partner that values and appreciates the time you've set aside for them.”

Yes, breakups are difficult, hurtful, and can leave you with a multitude of scars and baggage. However, someone who badmouths their ex openly and extensively could have some character issues that are cause for concern. “Sure, at some point, there may be a safe space created within your relationship to be vulnerable and share past disappointments or hurts caused by an ex, but this is a red flag that should not be ignored early on," says Strickland. "This type of person usually tends to be an expert at negging (an act of emotional manipulation whereby a person makes a deliberate backhanded compliment or other negative comment to another person to undermine their confidence and increase their need of the manipulator's approval,) and you will only be signing up to be his next victim.”

Too Much Too Soon

It’s flattering and typically an easy boost to one’s self-esteem when a person you’re interested in wants to spend as much time with you as possible. However, there is such a thing as jumping in too quickly. “People who commit to quickly — this is exciting at first, but can speak to underlying, problematic issues or even mental health concerns,” says Lauren O’Connell, Licensed Marriage and Family Therapist with a Private Practice in Santa Monica, California. Also, the relationship guru warns against people who get vulnerable too quickly, as it can also reinforce the above point. “Too much too soon — I would be cautious about people who pour out their life story to you on a first date,” she explains.