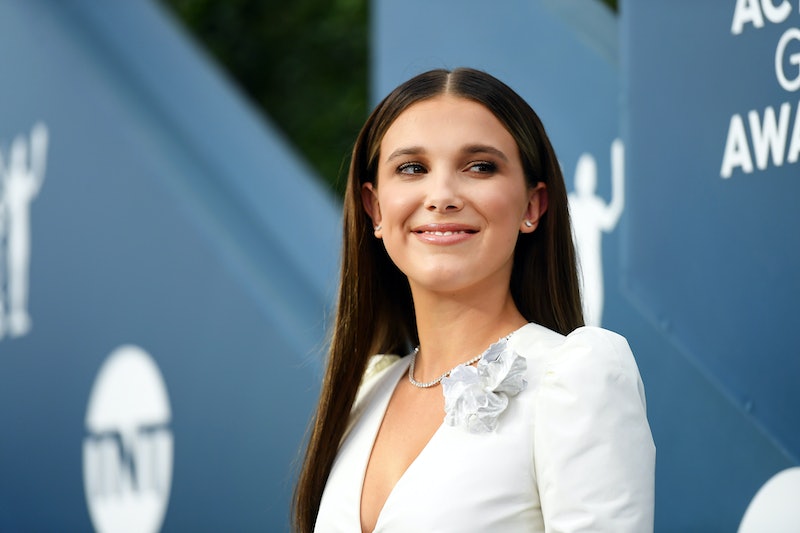 The women at Sun. night's ceremony seemed to have all gotten the same memo beforehand: Pants are in. And so the anti-dress trend begins.

It's been a whole century since women revolted against dresses, and still, most adhere to the same old traditional dress code on the red carpet year after year. The popularity of trousers at Sun.'s award show, though, might just prove that the times are finally changing.

Ladies of all ages adopted an androgynous aesthetic, from 10-year-old Julie Butters of Once Upon a Time in Hollywood fame to The Act's 51-year-old Patricia Arquette. Millie Bobby Brown's elegant Louis Vuitton coat dress-and-pants set is one that people will be talking about for months to come.

“I definitely wanted to go with a masculine but very feminine look,” the 15-year-old told red carpet reporters. Her bridal-esque ensemble turned out to be one of the highlights of the night.

Hers and other pretty pants looks from the 2020 SAG Awards, ahead.