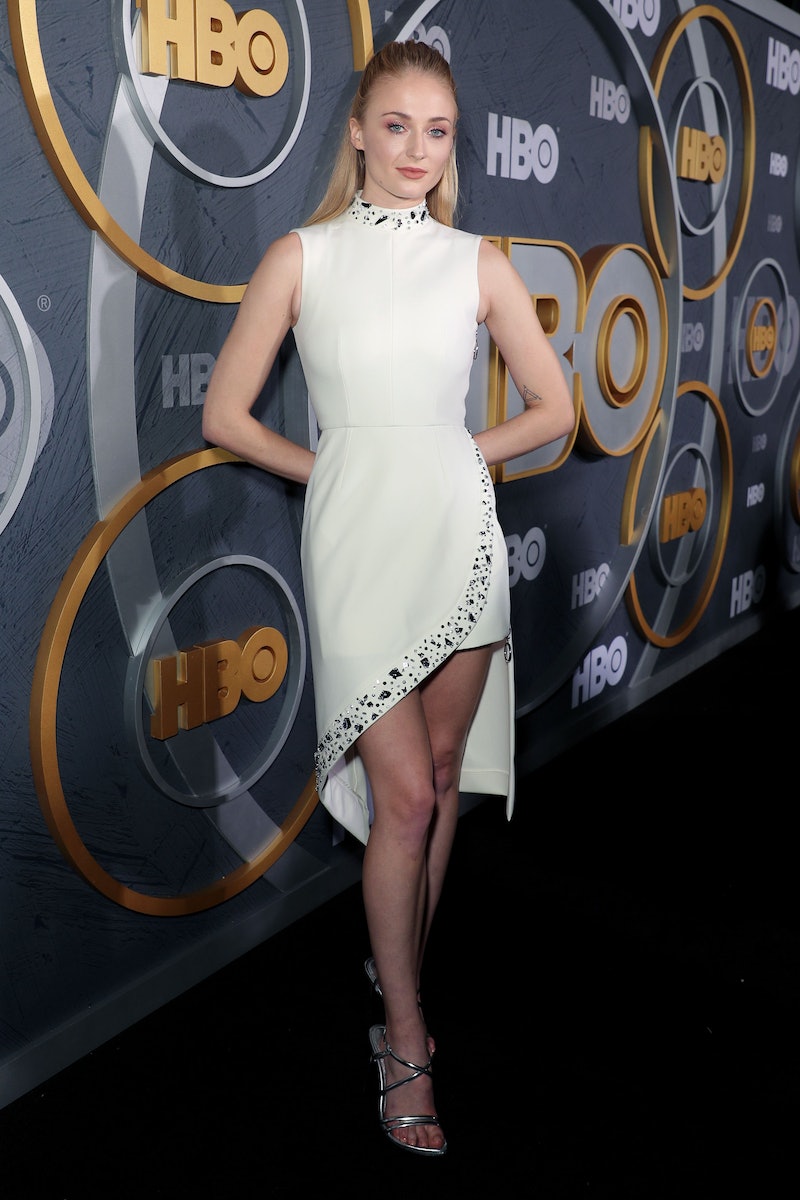 Just when you thought the style extravaganza that was the 2019 Emmy Awards had come to an end, in came the after-party. Yes. just like its primetime event predecessor, the post-Emmys bash was complete with all the glitz and glam you need to get through the week — and then some.

Leading the charge at HBO's Official 2019 Emmy After Party was Sophie Turner who stunned in a white asymmetrical mock-neck dress with a jeweled collar and hem. The simple yet sleek number was the perfect vehicle for the party circuit that will surely take Turner well into the wee hours of the morning. Turner is on quite the sartorial tear of late, nailing every outfit she throws on, whether it's an off-duty checked blazer look or her Louis Vuitton wedding gown.

Also stealing the spotlight was newlywed Heidi Klum, who looked every bit the supermodel at HBO's party. The TV host and personality wore a metal-clad Rami Kadi Couture gown from the house's Spring/Summer 2019 collection. It must be said that the piece looked very different on the runway, as it was styled with a leather one-sleeved top and mesh headpiece. Klum kept it simple and paired her look with simple accessories and a soft, understated beauty look, letting the outfit do the talking. It's no secret the model loves a little drama in her special event gowns (everyone got a glimpse of her extravagant wedding dress), so it's not surprising that she opted for a dazzling plunging piece for her post-Emmy's affair.

Speaking of drama, also turning heads was actor Regina King, who donned an emerald green suit. While the brazen shade may seem like one that's hard to pull off easily, the monochromatic look worked nicely with the occasion and felt fresh and light. Wrapping things up nicely were King's black Mary Jane pumps, which added some unexpected texture (they were python-print) that still felt cohesive to the rest of the ensemble.

Indeed, the 2019 Emmys after parties were definitely ideal for those who wanted to keep the style train moving. The best part is, many of these looks feel a bit more accessible for those looking to emulate them in their fall wardrobes. If you're already having withdrawals from the show itself, get a glimpse of the outfits below for an added dose of inspiration.