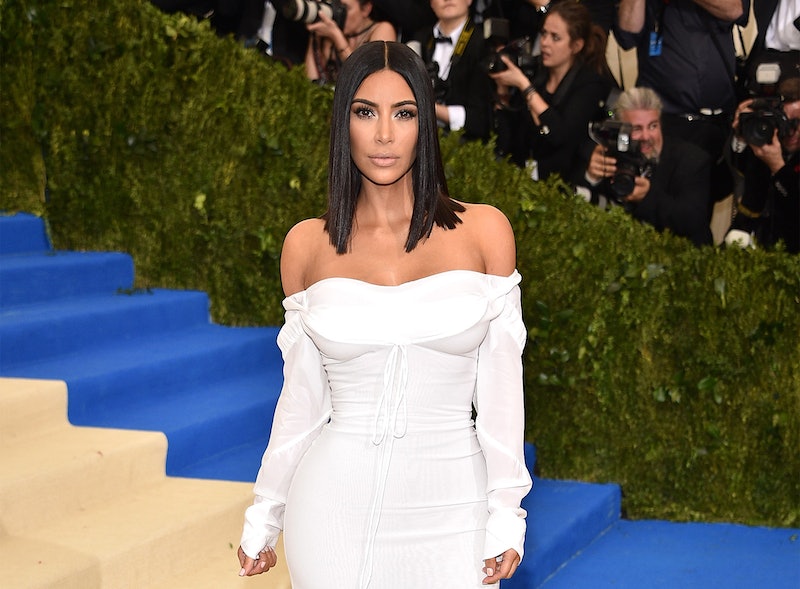 On December 31, not only are we drawing the curtain on 2019, but indeed an entire decade. And while it has been action-packed on a multitude of levels, sartorially speaking, it has also been a whirlwind. To narrow down the 10 best red carpet looks of the decade, TZR asked Rachel Zoe to share her picks. And no, Lady Gaga's 2010 meat dress didn't make the cut (pun intended), but she was one of the style chameleons who really grew into her own over the past 10 years. Another notable metamorphosis was undoubtedly that of Kim Kardashian, who emerged from her decidedly LA style shell to become a high fashion fixture.

"It's always wonderful to see people find their style and what works for them," explains Zoe who has made a career of helping celebrities do so as a stylist. "Whether they gravitate towards eye-popping hues and prints or muted shades and simple silhouettes, what makes something iconic is the combination of a beautiful outfit with the radiance of the person wearing it." How does one channel said radiance? "By feeling truly confident and beautiful in the look," says Zoe. "It takes a lot of confidence to rock a bold ensemble when all eyes are on you, so many of my picks celebrate the risk-takers."

One could be mistaken for thinking this gown was worn to a premiere at Cannes Film Festival, but Jennifer Lopez donned this Giambattista high-low gown in her hometown of New York. "I adore everything Giambattista Valli creates, but this fuchsia mini dress with an epic train is everything a red carpet moment should be," says Zoe. "More is always more, and when it's your movie premiere, why not?"

"Few outfits are as intensely scrutinized as a royal wedding dress, and Meghan's choice was flawless," says Zoe. "From the nod to the British Commonwealth on the embroidery of her train, to the timeless silhouette, the entire look was perfection."

"It's no secret I adore Old Hollywood glamour, which is how we landed on this stunning Valentino Couture gown from 2002," explains Zoe. "The sculptural bustle and floral appliques create so much drama, we simply added a red lip and a diamond necklace." Classic and timeless, indeed.

For the Met Gala in 2018, themed Heavenly Bodies: Fashion and the Catholic Imagination, Blake Lively donned an intricate brocade gown with jeweled bodice and a rumored $2 million worth of jewelry. "Everything about this look screams decadence, from the custom halo with champagne diamonds, to the regal bodice, it's just perfection."

"One of my favorite styling moments on record, this voluminous Dior Couture gown was so fitting for her Oscar win" says Zoe. The tiered hem at the rear of the dress added extra interest, as did the string of Chopard diamonds. "We slung the long diamond chain back to front so it wouldn't obstruct the clean lines of the dress, and it was the perfect finishing touch."

The theme of the 2015 Met Gala was China: Through The Looking Glass so Rihanna tapped couturier Guo Pei, who also had some pieces on display in the exhibit, to create her canary yellow gown. "Not only did she shut down the carpet that year, but she was truly the only person who could pull it off," says Zoe.

Not only was this her first Academy Awards ceremony, but she took home an Oscar for Best Supporting Actress for her role as Patsey in 12 Years A Slave. Looking every bit the part of an elegant star at the beginning of a bright career, she donned a custom Prada gown with a Fred Leighton headband. "The ethereal quality of that powder blue gown was elegant without being overpowering, really allowing her to shine," says Zoe.

"The ultimate combination of tradition and modernity, this McQueen gown couldn't have been more perfect for the wedding," says Zoe. From the delicate embroidery to the nine foot train to the strip of blue ribbon inside the dress acting as her 'something blue' it was exactly what you'd expect for the member of a royal family.

"I loved watching Lady Gaga bring her signature drama to the 2019 awards season circuit, but this periwinkle Valentino paired with $5 million of Tiffany diamonds and icy, blue hair was the most memorable," says Zoe. It doesn't hurt that she also picked up a Golden Globe for Best Original Song for a Motion Picture in A Star Is Born.

"Many people thought this look was underwhelming given the avant-garde theme, [Rei Kawakubo/Comme Des Garcons] but this was such a refreshing look from her," explains Zoe. The curve-skimming Vivienne Westwood gown showcased a more demure side, and "paired with the most minimal hair and makeup, it was show-stopping."