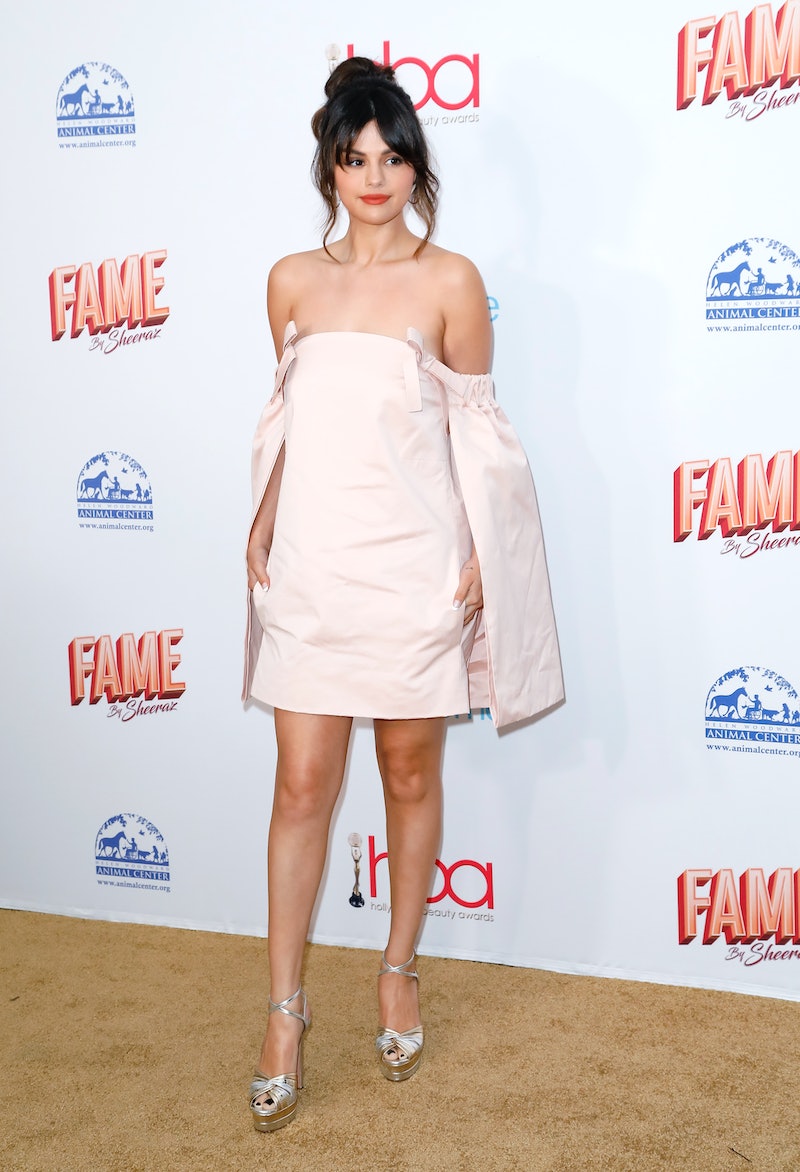 In an Instagram post that was supposed to be about her makeup, it was Selena Gomez's natural hair on full display that had people cheering. Of course, her makeup looked amazing, but since the singer rarely shows off her untamed curls it was cause for serious celebration. Mainly, because it looked, as they say, chef's kiss.

On May 17, Gomez posted a selfie-carousel because, like practically everyone else at one point or another, quarantine boredom got to her. "I had an urge to put my make up on," reads Gomez's caption. "My papa noticed then proceeded to ask “why do you look like that?” He whistled as he walked away. So there’s that. Wearing all @rarebeauty 😉💋." Gomez's cat-wing liner and peach lip were yet another sneak peak at what her upcoming beauty line Rare Beauty entails (which hopefully keeps its summer 2020 launch), but as good as the singer's face looks, her hair absolutely stole the show.

If not for the fact that it takes up serious space in the first photo, then for the fact that it's uninhibited. Gomez's curls are all over the place (in the best way), seemingly without product, extensions, tools, or tamers applied. They're large and in charge — and garnered the adoration of over 7 million likes including approval from celebs Emily Ratajkowski and Lily Collins.

Gomez isn't the only one letting her hair have free rein in quarantine. Gabrielle Union and Ariana Grande have both shown off their natural curls on social media, as well, proving natural hair is kind of having a moment. And even if your unaltered strands look, well, not as curly as those ladies', there's inspo in Kylie Jenner's brief stint embracing her natural short and straight hair.

At-home hair dyes and trims may seem like the thing to do during quarantine, but as evidenced by many celebs, it's also a perfect time to simply work with what you got. Roll out of bed (or around it as Gomez does), let your hair do its thing, and of course, document it all for Instagram.