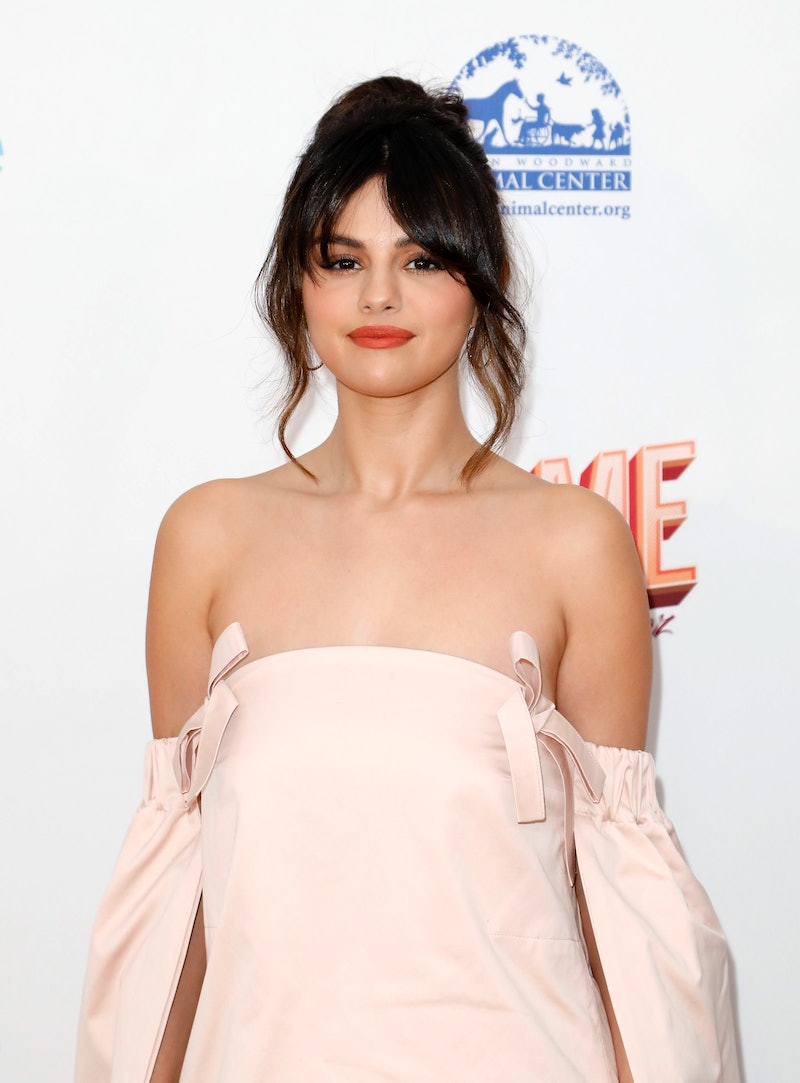 It seems celebrities have gotten an industry-wide memo stating the '90s hairstyles you buried away with your middle school yearbook are back — and *super* cool. Case in point: Dua Lipa's tendrils that she leaves out of updos, Bella Hadid's recent obsession with banana clips, and Margot Robbie's take on random, free-flowing braids with her four face-framing ones. But if that's not enough proof '90s looks are in a full-swing comeback, Selena Gomez's hairstyle on The Kelly Clarkson Show might have you convinced.

As the "Rare" singer sat and talked with Kelly Clarkson on March 9 about music, women supporting women, and Gomez's now-infamous first kiss with Dylan Sprouse, she just so happened to be sporting a choppy, layered lob reminiscent of a hairstyle you may have heard of before: "The Rachel." That's right: Gomez was rocking a version of the eponymous haircut made famous by Jennifer Aniston and her Friends character, Rachel Green. The side-parted bob with *many* layers curving inward debuted in 1995 and from there, the style launched hundreds, if not thousands, of copycats.

But, Gomez's hairstylist, Marissa Marino, didn't go for an exact replica of "The Rachel" (it is 2020 after all). Instead, according to her Instagram caption, she blended the 'do with another iconic '90s moment: Goldie Hawn's voluminous bangs and shag-length hair in The First Wives Club. Which means, on Gomez, Marino kept the mega volume of both muses, but mixed Hawn's bold curtain bangs and clavicle-grazing length with the choppy, curved-in layers of "The Rachel."

Along with her hair, Gomez kept true to Rachel Green style — and the '90s in general — by completing her look with a lot of brown: a chocolate-colored shirt, tan lips, and bronze eyeshadow. And although her makeup artist Melissa Murdick gave no hints on whether the products she used were from the singer's upcoming beauty line, Rare, the look was right on par with Gomez's typical simple makeup — albeit with a slightly '90s twist. All in all, the star looked like she just walked out of an episode of Friends — probably titled "The One Where Selena Gomez Stole My Hairstyle."