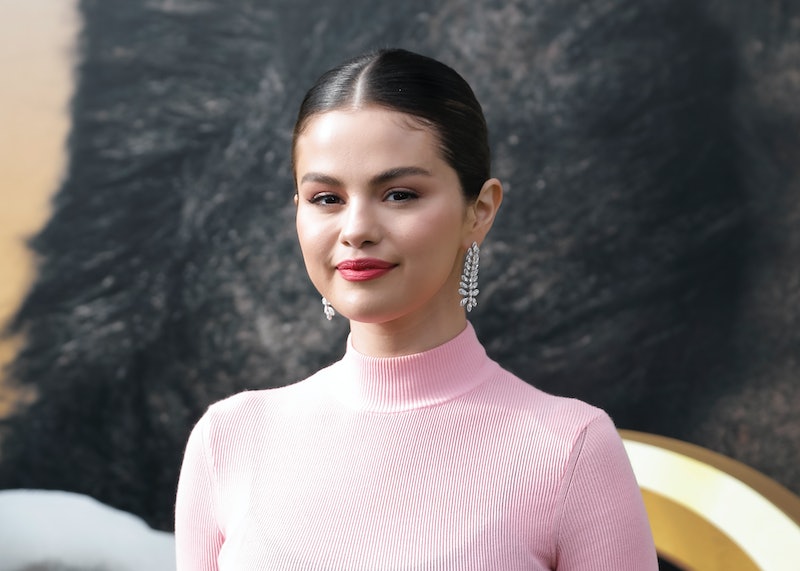 While some people might take a breather after releasing their third number-one album in the United States, it doesn't look like Selena Gomez is one of them. The singer took to Instagram live on Feb. 4 to reveal her next endeavor and sent serious waves through the beauty community. So, get ready for Selena Gomez's makeup line, Rare Beauty, which you'll be able to snag come summertime.

The announcement might have come as a shock to many, but the project is something Gomez has been working on for two years. "It's important to me because I wanted to make a brand where you feel comfortable," she said in the live video. "It’s not just a brand. It’s going to be a lifestyle."

Even though the star wanted to share all the details — including which product from her brand she was currently donning (the rosy red lipstick, peach blush, or smoky eyeshadow perhaps?) — the only thing she could offer up was when and where you can get the goodies. Although not an exact date, you can expect the products to hit North American Sephoras, sephora.com, and rarebeauty.com sometime during summer 2020. And for those outside of North America, the singer may have you covered (eventually), too: the line is "going to be at every Sephora store, and we [Rare Beauty] will go globally next year," Gomez said in the live video.

After more than 10 years in her high-profile industry — facing criticism and comments about her appearance — this line seems to be more than a side project for Gomez. "I want us all to stop comparing ourselves to each other and just start embracing our own uniqueness. You’re not defined by a photo, a like, or a comment," the singer can be heard voicing over the first promotional video which follows her around as she tests products. "Rare beauty isn’t about how other people see you, it’s about how you see yourself."

Over the next few months, keep your eyes on the revamped Revival Tour Instagram turned Rare Beauty platform for a hard release date and product updates. The now official Rare Beauty Instagram has already accumulated more than one million followers — and if that count says anything, it's that people are majorly excited.

If you truly want to stay on top of things, sign up for email updates on the Rare Beauty website. And in the meantime, keep your fingers crossed the drop happens on the earlier side of summer rather than later.