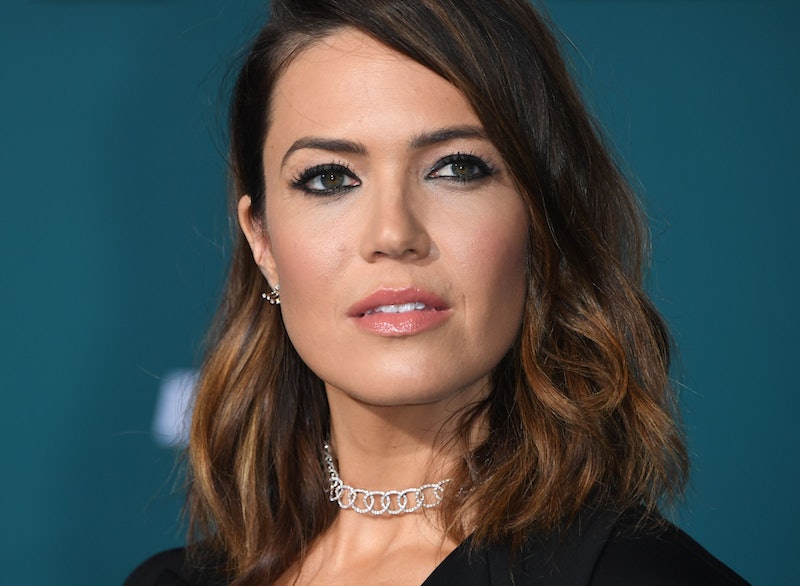 A host of Hollywood A-listers have announced new additions to their families in 2020. Over the last few months celebrities including Emma Roberts and Chrissy Teigen revealed the news of their pregnancies to their fans, sending a flurry of excitement through the industry. Others, like Gigi Hadid and Sophie Turner are already celebrating the arrival of the baby girls they brought into the world. Now, there’s a new star to add to the growing list: Mandy Moore just announced her pregnancy and shared her baby’s gender, too.

The This Is Us star took to Instagram to share the exciting news that she and her husband Taylor Goldsmith are expecting the arrival of a baby boy. Moore’s Instagram post featured a series of black and white photos with Goldsmith showing off her baby bump, smiling, and celebrating dressed in a dark and semi-sheer puff-sleeved floral dress.

The 36-year-old actor has a timeless, whimsical sense of style (she wore a blush pink Rodarte dress to her 2018 wedding), and there’s no doubt that her pregnancy will include more ethereal looks. The star has a penchant for romantic styles like the dress she wore in her pregnancy announcement photos — including options from brands like HVN and Sea New York. However, she’s also one to reach for more comfortable pieces, especially during her time at home.

The star also mentioned that she and Goldsmith will be counting down the days until their son’s due date, which will be in early 2021. And if the excitement in the Goldsmith-Moore household wasn’t already clear, Moore’s husband posted a video on his band’s Instagram account with a short song to share the news.

As Hollywood continues to reveal more baby news to the world, its most fashionable players are giving mothers-to-be ample inspiration for maternity fashion. Gigi Hadid — who shared a photo of her baby’s arrival on Sept. 24 — made headlines with her high-fashion maternity shoot. Emma Roberts has been going for more playful pieces like classic polka dot dresses for her outfits. And given Mandy Moore’s love for fashion, her pregnancy style might just be a mix of both.