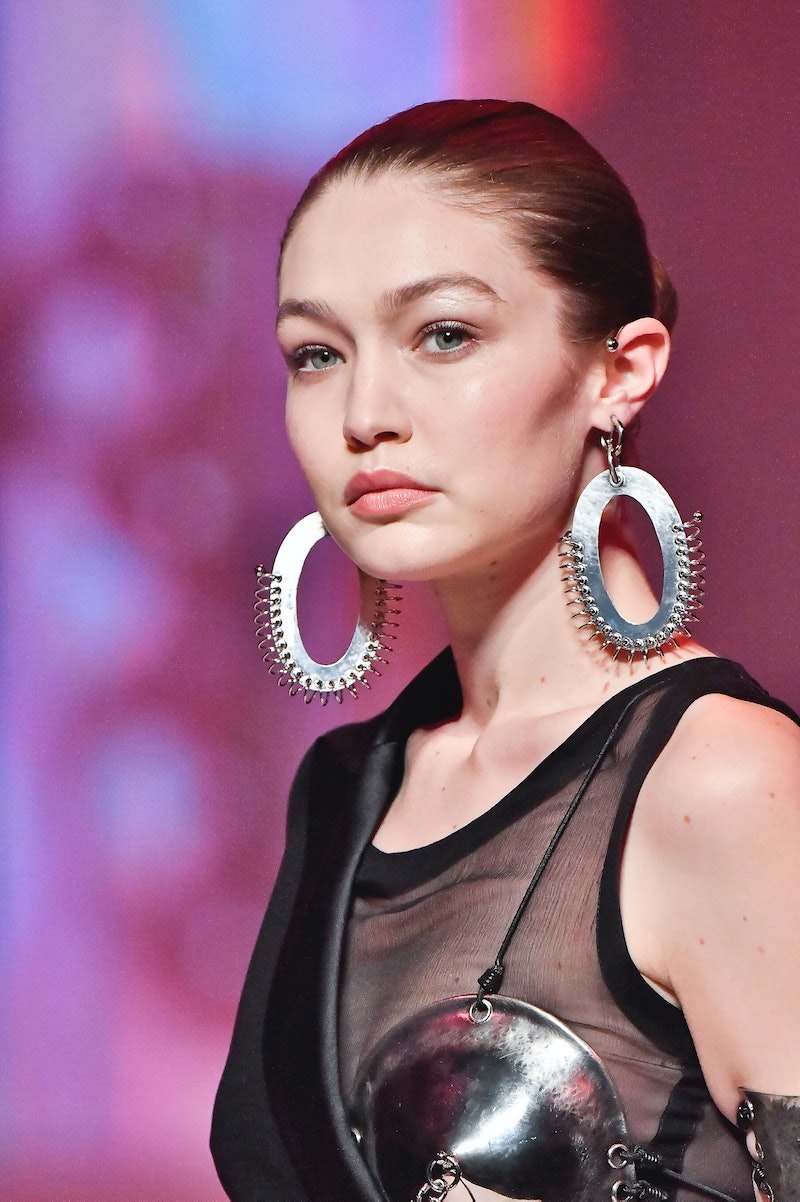 When news first broke that Gigi Hadid, one of the biggest supermodels of the moment, was expecting, the fashion world (unsurprisingly) went abuzz. Everyone — including the industry, style lovers, and Hadid’s own fans — started discussing the It girl’s pregnancy with an unparalleled level of excitement and anticipation. Aside from her maternity style, one of the most-discussed areas of the model’s maternity season has been how she would present it to her fans and the rest of the public. But now, there’s a new topic up for discussion: Gigi Hadid’s pregnancy photos — and yes, they’re as chic as you would expect.

Since confirming her pregnancy with her pop artist partner Zayn Malik earlier this year, the 25-year-old model has been relatively mum about her time as an expecting mother, keeping the details of her experience within a close circle of friends and family. However, after receiving a near-infinite amount of questions from fans asking about her growing bump, Hadid finally gave her followers a quick and casual peek — as well as an update on her pregnancy — in an Instagram post she shared in July. The model’s way of sharing her bump with the world felt rather low-key for one of the most sought-after names in the industry, but it was only a matter of time before she would take her pregnancy to high-fashion levels, complete with a wardrobe to match.

Maternity shoots are nothing new to the pregnancy world. However, Hadid’s photo shoot session — which features black and white photos of the expecting model in ethereal ensembles with sheer fabrics and texture — might be the first of its kind. Judging by the photos she shared to her Instagram on Aug. 26, Hadid is taking a romantic and timeless approach to her pregnancy fashion.

In one of the photos from the shoot, which was styled by Gabrielle Karefa-Johnson, the model sports a white Grecian-style gown draped over her bump. Hadid shared this photo with the caption, “growin an angel :),” which further highlights the dreamy feel of the maternity shoot. In another series of images, the model sports a crepe-like sheer mini dress with long bell sleeves.

From the size of her bump in these photos, which were shot by the fashion photography duo Luigi and Iango, it seems Hadid and Malik will be expecting any day now — and if this shoot has been any indication, their child is about to enter a seriously stylish world.