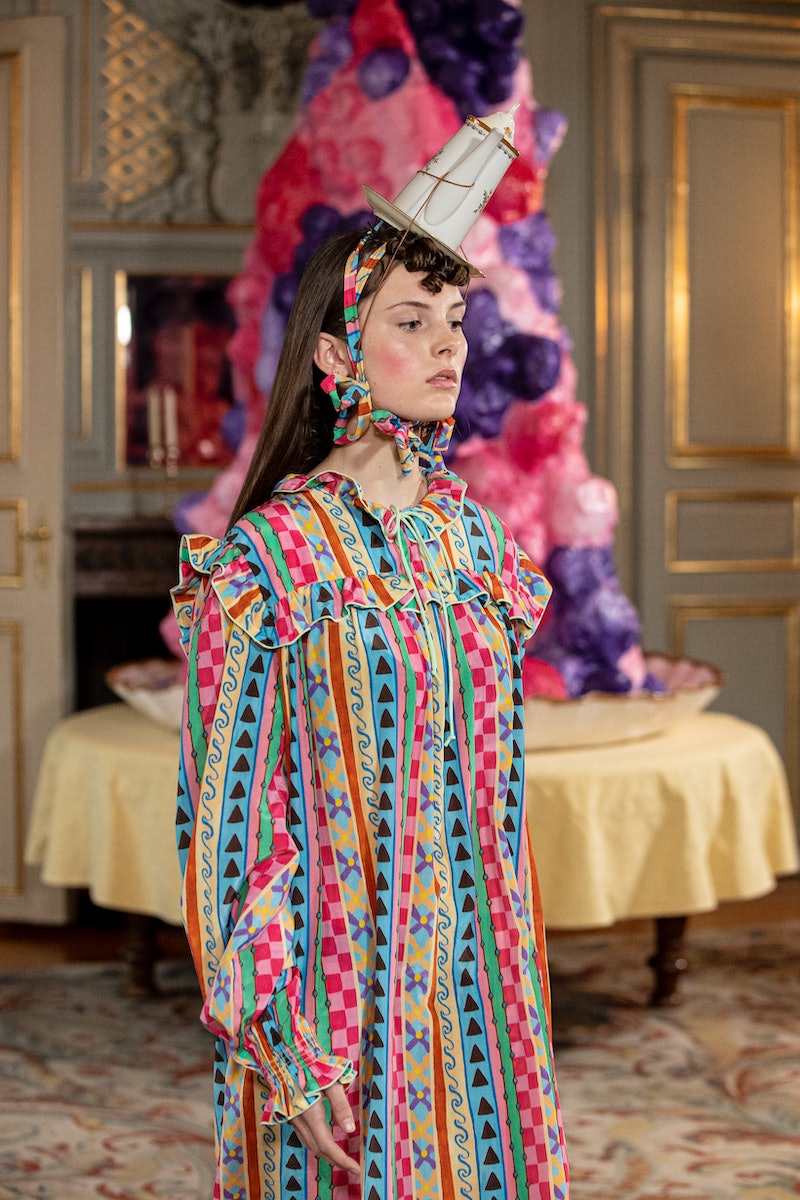 Every winter, fashion up-and-comers worldwide are invited to compete for the LVMH Prize for Young Fashion Designers, a two-pronged award that includes a €300,000 stipend and a one-year bespoke mentorship with LVMH. After vetting some two-thousand applicants in just one month, the panel of experts has officially named 20 nominees, all of whom will advance to the 2020 semifinal. This year, the stable of brands is densely packed, with designers from far reaches (Denmark, South Africa, and beyond) making a serious splash. And, of course, many of them have shoppable pieces available now, making it possible to pick your front-runner ahead of the race.

Argentinian designer Nous Etudions is one of many exciting noisemakers this year, using vegan textiles to create panache-packed, "Bowiesque" silhouettes that are inherently gender-neutral. Alternatively, Yuhan Wang opened London Fashion week Feb. 14 with her first-ever solo show, where she traipsed women in deadstock cotton to address feelings of consternation around death in the Victorian era. In gleeful opposition, Helmstedt's whimsical, hand-painted frocks have become a focal point of Copenhagen's Fashion Week each season. Then, we have Area, the American label who dripped its supermodels in a chandelier's worth of crystals before sending them down, leaving New Yorkers in a glittery haze for days after. All in all, the pickings are plentiful, and the distinctness of each brand will make it a pleasure to watch unfold.

The main prize's mentorship component will provide the winning brand with learnings in distribution, marketing, sustainable development and other key areas of brand development. There are subsequent prizes on offer — the Karl Lagerfeld Prize, for example, provides the winner with €150,000 and a separate mentorship program. Three fashion institution graduates from the past school year will also be awarded a €10,000 grant, and have the opportunity to join an LVMH Group Maison's creative studio for one year.

While not all of the brands have pieces that you can shop online now, several do — making it possible to pick your front-runner ahead of the race. Below, you'll see selects from New York-based womenswear designer Peter Do, as well as British and Bulgarian-American brand Chopova Lowena. Continue ahead.