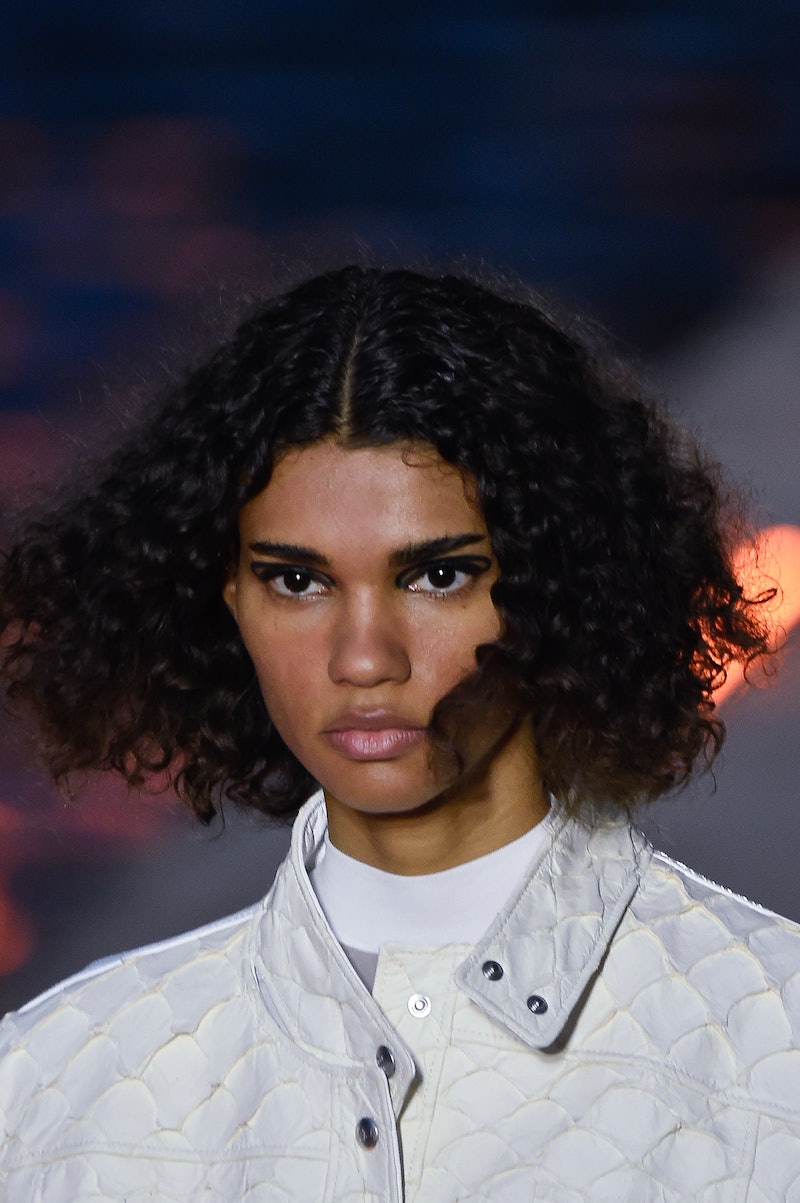 Fashion Month, to state the obvious, is about fashion. It’s about innovation. It’s about spotting new trends, and swooning over street style inspiration, and celebrating creativity. But — let’s be honest — it’s also about discovering the new models to watch. For Fall/Winter 2020, those models include Barbara Valente, Nuri Son, Eugenia Dubinova, Astrid Voss, Thais Borges, and Dahely Nunez, six up-and-comers from across the globe.

Many of the season’s fresh faces got their start in modeling the usual way — entering into a competition, sending photos into a modeling agency — but for Nunez and Borges, the opportunity to model came unexpectedly. “It all started with being scouted on Instagram,” Nunez, the 19-year-old Dominican model from New Jersey, tells The Zoe Report of her very Gen Z origin story. Borges, on the other hand, was scouted while sitting in the crowd of a fashion show. “I never thought about working as a model,” the 26-year-old tells TZR. “I was always been bullied for being ‘too pale’ and never accepted that I’m albino. Working in the business made me have confidence and start loving myself and how I look.”

It’s a sentiment Nunez echoes. “I’m looking forward to hopefully seeing even more diversity on the runways [this season], because seeing someone that looks like [me] walk big shows by amazing designers not only tells me that I can do this, but other beautiful girls and boys that they can kill that runway, too,” she says.

Ahead, the six models you’re about to see everywhere.

Why She’s One To Watch: South Korean model Son, 28, may be new to modeling, but she’s already reached her ultimate goal: “The Dolce & Gabbana show and campaign,” she tells TZR. “Working with this brand [was] actually one of my dream jobs.” Expect to see her in Milan again this season, where she’s sure to check more luxury brands off of her bucket list.

Has Appeared At: Hermès, Chanel

Why She’s One To Watch: The highlight of Dubinova’s young career? “Closing the Hermès show,” she tells The Zoe Report. She’s also walked for Chanel — so basically, Dubinova has heritage brands in the palm of her hand. This season, she hopes to “work with different brands” beyond Paris, so keep an eye out for her in New York and Milan.

Has Appeared At: Prada, Bottega Veneta

Why She’s One To Watch: If Brazilian model Valente looks familiar, it’s because she made her debut at Prada in 2015 — and then went quiet. “I made my comeback in the fashion industry opening for Bottega Veneta last year,” she tells TZR, and Fall/Winter 2020 is set to be her biggest season yet. “I am looking forward to the energy of Fashion Month,” she says. “Although it can be stressful, it pushes me to keep going.”

Why She’s One To Watch: Voss, 16, is set to make her runway debut this Fashion Month. “I asked my mom if I could submit my pictures to Wilhelmina,” she tells TZR of how she got her start, and the rest is (soon-to-be) history. “This is my first season, so I'm really just looking forward to everything — the clothes and the travel and simply being a part of Fashion Week,” Voss says. “And I love to eat, so I can't wait to try some of the restaurants in different cities.”

Why She’s One To Watch: “I started modeling when I went to watch a fashion show in my hometown a few years ago, and a scout from an agency saw me in the crowd and invited me to be part of their casting,” Borges says. She's since gone from watching runway shows to walking them, most notably at Marc Jacobs last season. “I’m looking forward to the chance to meet with the casting directors [this season],” she says. “I’m ready for the opportunities to come.”

Has Appeared At: Helmut Lang

Why She’s One To Watch: “Success doesn’t come before the hard work, and I still have a ways to go,” Nunez tells TZR, downplaying a pretty epic debut: her first runway show, ever, was opening for Helmut Lang. “It gave me the chance to tell everyone, and even myself, that I belong here and I deserve to be here because I worked hard,” she says. “Get ready to see more.”