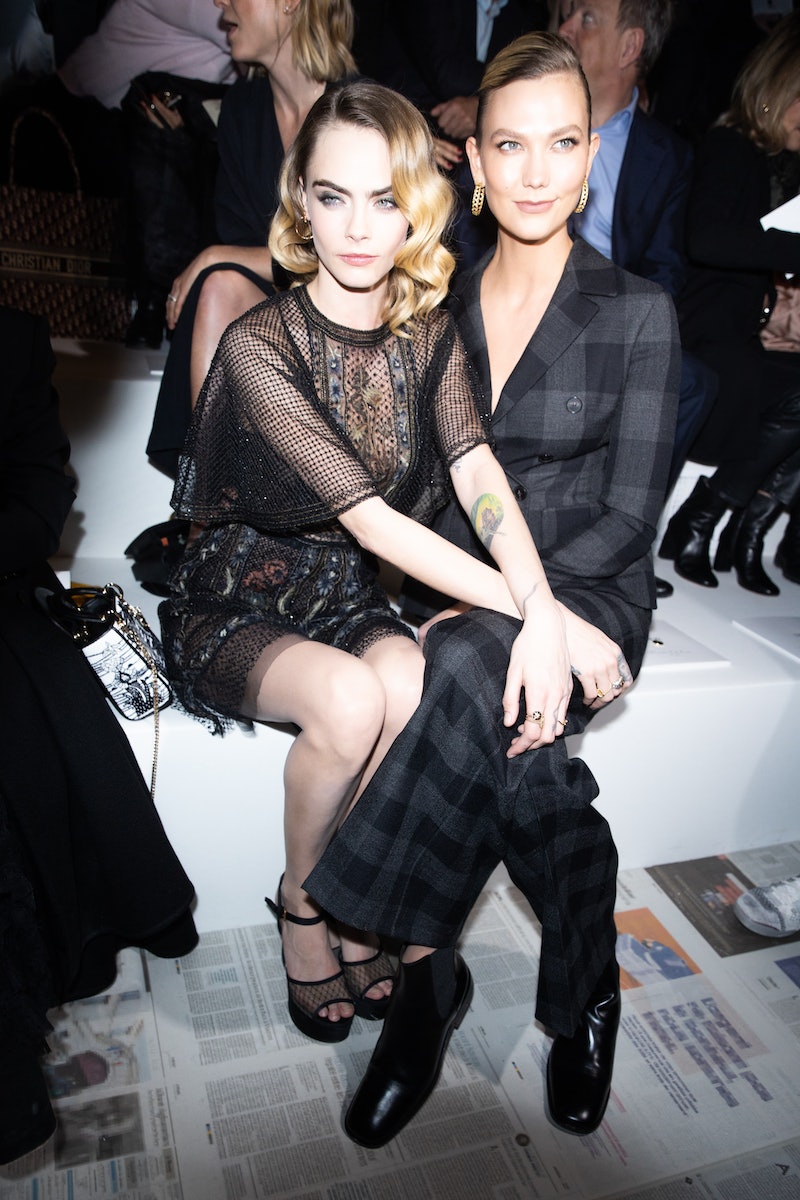 Each spring, fashion month draws the glitterati out of their homes and into a whirlwind of shows worldwide. This year, the celebs at Paris Fashion Week 2020 were just as impressive as the catwalks themselves. A very recognizable mix of actors, models, influencers, and recording artists dotted the front rows in dynamic looks, many of which are well worth taking style notes on. There were fashion veterans (like Vera Wang and Amber Valleta) and rookies (like Sydney Sweeney and Maisie Williams) alike — all of whose looks will be broken down ahead.

Some of the punchiest looks of the week came from none other than Kim Kardashian West, who, in the company of family (Kanye and North West and Kourtney Kardashian), stepped out in one high gloss latex look after another. There was also Janelle Monae, whose oh-so Chanel look offered something sultry beneath it all. There was even a rare appearance by Cara Delevingne, who emerged from runway retirement to attend Dior's FW2020 show. The menswear scene was equally inspiring — the likes of Rami Malek, Kit Harrington, and Joe Keery all showed up to spectate on a few shows in style.

Just in case you (understandably) lost track of the names and faces that turned out, TZR's rounding out the most memorable celebrity appearances at Paris Fashion Week.