You won’t be able to resist. 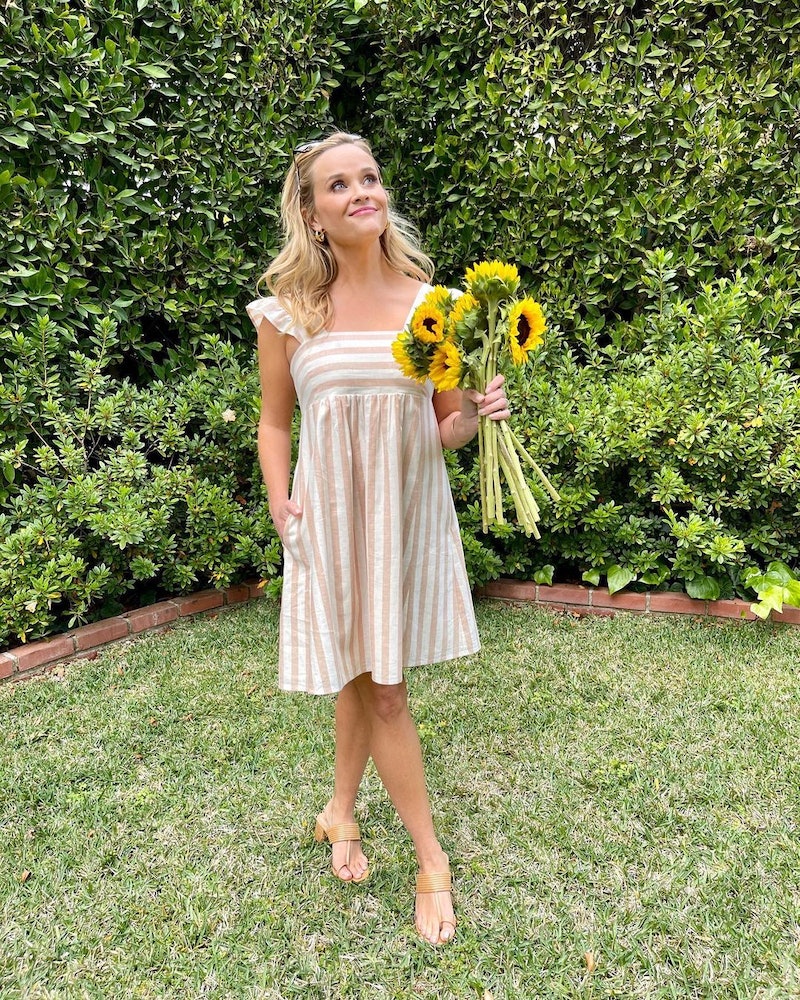 It’s hard to overstate the beauty of monochrome rooms — they’re cool, they’re eye-catching, and they’re full of dimension. For some, though, they’re also downright scary. One color, a million different ways? It’s hard to know where to begin and to end, since you can easily go overboard. However, with the right tricks in hand, it’s worth the payoff. And if you’re not yet convinced, just look to Reese Witherspoon’s minty green screened-in porch for proof.

The actor and entrepreneur made her case for the single color scheme in early July with a snapshot of the cozy area while showing off her latest “Reese’s Book Club” read. In the photo, variations of greens popped in the background: Witherspoon’s walls and floors featured the same seafoam hue, while her wicker loveseat included a mix of pea-inspired pillows and soft, minty blue cushions. The only other color present — the white of her wood furniture and floral lamp — provided a stark-yet-sweet contrast without infringing upon the small space’s soothing theme.

Witherspoon is no stranger to a monochrome room, so it’s not exactly surprising that she nailed the look again in this particular area in her home. Glimpses of her house often show rooms with similar blue or green color schemes, often with varying shades and a flash or two of another distinct color. Her latest photo is only further proof of her expert-level skills with the trend — and that it’s worth trying in your home as well.

In fact, designers dubbed the monochromatic decor trend an up-and-comer to note just last year. “I love the rainbow, but a new design trend is keeping colors together,” Mary Patton of Mary Patton Design told TZR in 2020. And additional celebrities confirmed that: Stars such as Gigi Hadid and Victoria Beckham went all-in with their favorite shades in rooms in their homes.

That said, there are a few general rules to keep in mind, which Witherspoon’s space illustrates perfectly. Of course, you’ll want to include a range of shades — using the exact color on every piece can end up looking one-note. Like the Big Little Lies alum, you should also incorporate different textures throughout: Witherspoon mixed materials such as wicker, linen, brick, and more, which kept the room from looking flat. And finally, have fun! The Oscar winner clearly infused her personality into the space to make it shine, which is the most important part of creating a room you love, no matter what aesthetic you’re pursuing.

Monochrome rooms can be created using any color under the sun — but if you’re interested in a version similar to Witherspoon’s look, start by shopping some of the green pieces ahead.