It’s not hard to guess. 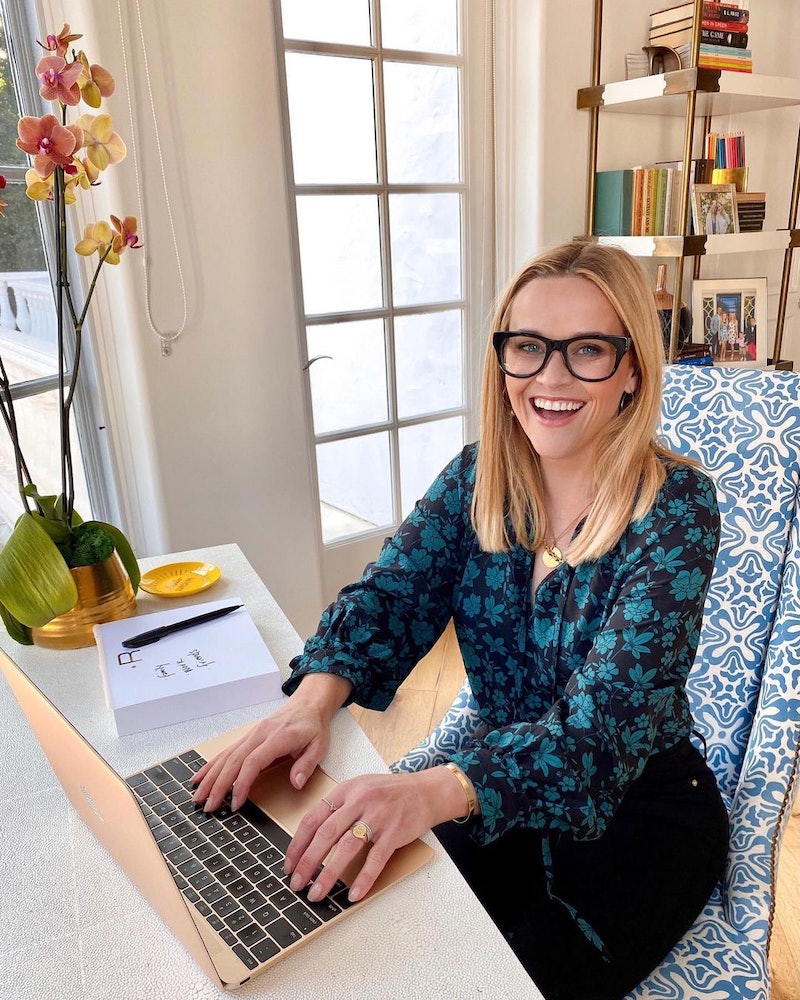 Reese Witherspoon has a mind-boggling property portfolio (seriously, it’s hard to keep track of all her past and present homes). Because of that, you’d think she’d have at least a little trouble keeping them all consistent — but impressively enough, it’s actually difficult to tell them apart from the inside, their decor is so cohesive. Anyone who’s familiar with the actor and entrepreneur at all knows that Witherspoon has cultivated a recognizable aesthetic over the years: One that’s feminine, colorful, and happy. And while that’s contributed to the seamless appearance of her many houses, it’s also undoubtedly thanks to Witherspoon’s decorating staples, which she returns to again and again when curating her spaces.

You may be able to guess a few of those — after all, details such as her love of blue often show up in the Draper James owner’s stores and day-to-day looks. Others that are just as key to her signature style, though, fly under the radar. Ever noticed Witherspoon’s penchant for rattan or frequent inclusion of crisp, white details? Unless you stalk her Instagram profile on a regular basis (which, who could blame you?) it’s not likely you have.

However, when the Hello Sunshine founder posts one of her frequent photos of her cheerful homes, it’s hard not to want to copy her style to a T. Fortunately for those who do (*raises hand*), TZR has broken down Witherspoon’s go-to decorating staples to make emulating her houses a breeze. Find them all, ahead.

It may not be one of her obvious choices, but rattan makes consistent appearances throughout Witherspoon’s homes. Whether in her dining chairs or used in a pendant light on her porch, it’s often there to provide a slightly beachy, laidback look.

Witherspoon clearly loves color, but that doesn’t mean she shies away from neutrals. Rather, she just uses a bright white to enhance her favorite bright shades, often pairing it with blues, citruses, and pinks to make them pop.

Perhaps the most defining characteristic of Witherspoon’s decor is the presence of blue. It seems to make an appearance in nearly every room in her homes, often serving as the main (or only) hue. While this may sound like overkill, the Big Little Lies alum knows how to make it work — she’s tried her hands at various techniques from monochrome porches to blue kitchen cabinets, all with enviable success.

Witherspoon has owned many houses in California, so it’s not surprising that she leans into beach-inspired vibes often. Again, though, she doesn’t go overboard: A coral-printed pillow here and a porch swing surrounded by palm leaves there are about the extent of it.

Though the star’s style may seem simple at first glance, she’s far from a minimalist. In fact, Witherspoon is practically an expert-level print mixer: You’ll seldom see a room in her home where the furniture, pillows, rug, and curtains don’t all have a completely different pattern. As usual, though, she shows restraint in her choices — the combinations are often so subtle, it’d take an eagle-eyed fan to actually notice.