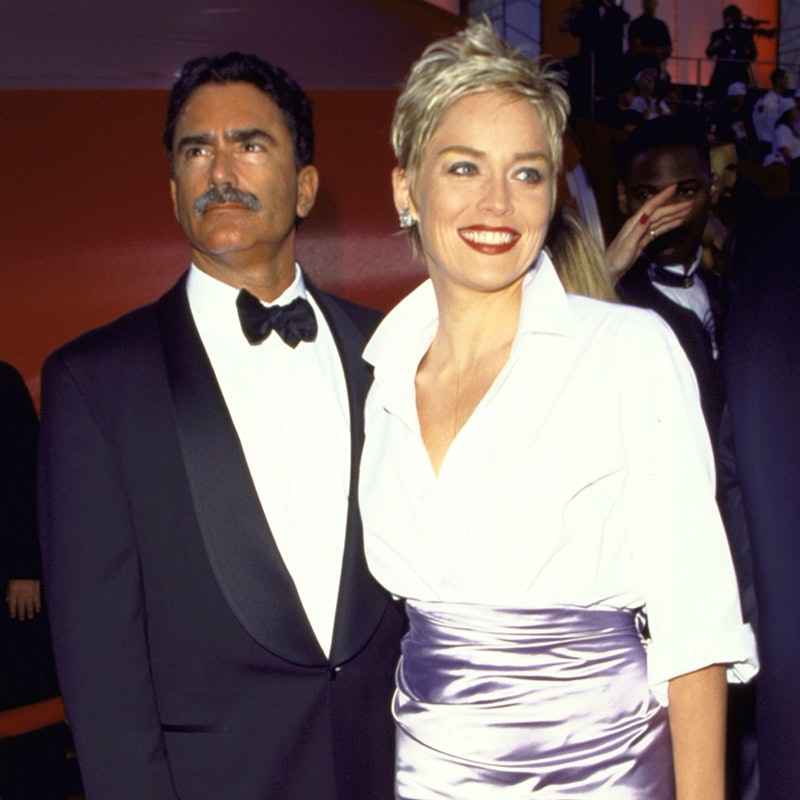 Year after year, the Academy Awards prove to be the event of the season and the pinnacle of red-carpet fashion, brimming with A-list stars draped in stunning designer pieces, from custom to haute couture. With that said, a few nominees and attendees take risks, rocking the unexpected for the formal affair, creating iconic looks that go down in history. In anticipation of Sunday’s ceremony, we’re walking you down memory lane and revisiting the most remarkable, eye-catching ensembles of all time—from Cher’s sultry sheer number to an elegant jumpsuit Lady Gaga chose in lieu of a dress. Ahead, 17 daring Oscars looks we’ll never forget.

Forgoing the traditional gown, Babs took home the gold for her performance in Funny Girl as she glistened in a sequined see-through Arnold Scaasi pantsuit complete with flared legs and white tuxedo cuffs and collar.

Leave it to Cher to bare some skin at the Oscars. The gold embellished two-piece ensemble by Bob Mackie—which totally embraced Cleopatra vibes—showed off her enviable abs and nailed the glamorous '70s look with pin-straight tresses and thick gold hoop earrings.

Always one to ditch a dress for an impeccable pantsuit, Diane opted for a Richard Tyler design. The borrowed-from-the-boys outfit was cool, unfussy and quirky thanks to the striped shirt and polka-dot-tie combo.

Winning her first Oscar (of three) in 1980 for her supporting role in Kramer vs. Kramer, Meryl was stunning in a white dress by French designer Pauline Trigère. Vibrant jewels across the bodice and a standout cropped jacket with strong shoulders and popped collar delivered an '80s moment without a doubt.

Are you really surprised Cher is on our list twice? She turned heads yet again in another Bob Mackie number in 1988, when she won Best Actress for her role in Moonstruck. Glittery, formfitting, sheer and unapologetically Cher.

There was a lot going on with this look, but we're truly intrigued that Demi Moore donned bike shorts to the Academy Awards.

Jada looked just as great as Cher in the bold midriff look—hers a seafoam green liquid sequin set by Gianni Versace (finished off with a belly chain, we should add). Many would argue it was more appropriate for the MTV Movie Awards, but we love how playful, youthful and carefree she was at the formal soiree.

Her pale blue separates teamed for a delightful monochrome result that was understated and of the moment. Seriously, we would wear this Narciso Rodriguez tee and satin bias skirt in a heartbeat.

Dressing to the nines doesn't mean you have to wear head-to-toe designer. The actress paired a white button-down shirt from—wait for it—the Gap and a lavender Vera Wang skirt for a high-low mix that effortlessly combined menswear and feminine pieces.

In a sea of gowns, singer extraordinaire Celine Dion stepped out in a reverse white tuxedo, designed by John Galliano for Dior. Topped with a structural hat by Stephen Jones, the iconic outfit brought high fashion to the red carpet.

Arguably the most memorable red-carpet look ever, the infamous swan dress worn by the avant-garde musician had much of the world scratching their heads in confusion. It undoubtedly left its mark in pop culture as many parodies and replications followed.

Halle demonstrated early on that the naked dress can be classy when executed right. The actress won for Monster's Ball in this gorgeous Elie Saab, which featured a sheer body and dramatic skirt with embroidered florals and foliage that strategically provided coverage where necessary. A movie-star dress, indeed.

It seems the sheer body and dramatic skirt combo was trending that year. GP however took a more gothic, punky route in this edgy Alexander McQueen gown. Glammed up with dark, smoky eyes and Victorian jewelry, she brought unexpected edginess to the ceremony.

A matching monochrome set has proved to be a fantastic alternative to a dress, and Solange's red-hot billowy top and pant ensemble designed by Christian Siriano was another perfect example.

If there were a regal jumpsuit, this Brandon Maxwell creation would be it. Lady Gaga channeled Old Hollywood glam and modern elegance in this stark white number adorned with a structural pleated train and wide floor-length legs that elicited double-takes at every turn.

Raf Simons' Calvin Klein by Appointment piece for Naomie Harris was a directional one—a cocktail dress with a long train that transformed it into a unique formal number. The British actress looked fresh, sleek and modern in the white sequined high-low hem.