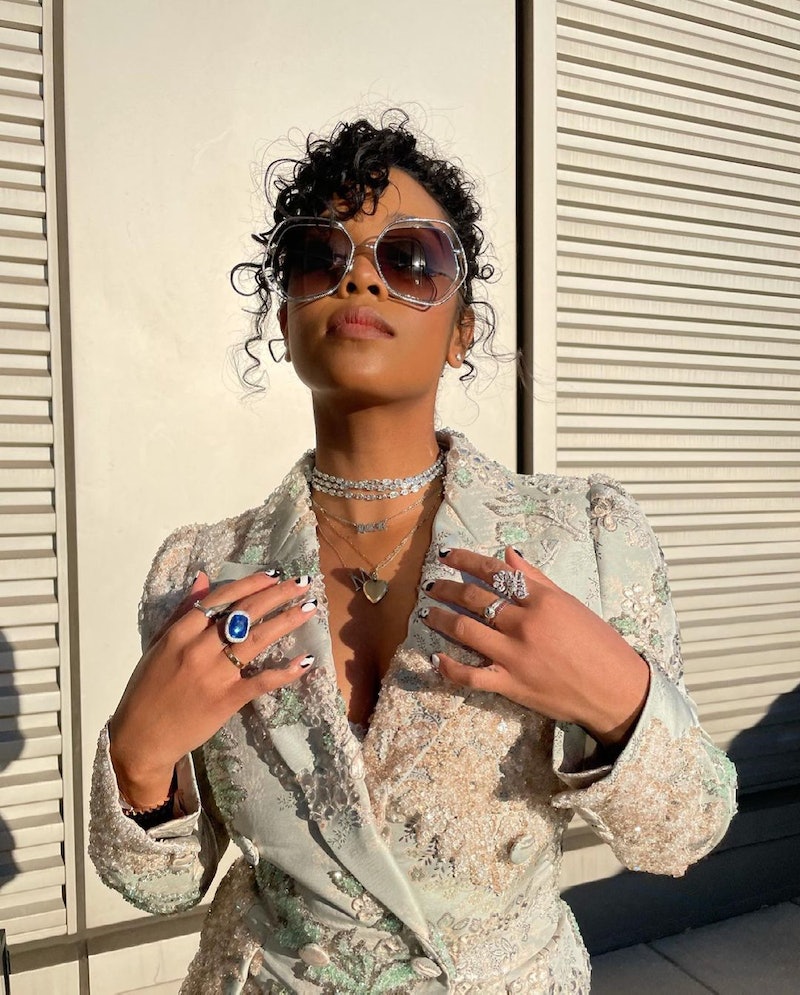 There's always plenty to discuss the day after an awards show — dresses, jokes, elaborate amounts of diamonds — but if you're anything like TZR, you're still thinking about the nail looks from the Critics' Choice Awards. While simple pink- and red-toned manicures turned out to be a major trend of the 2021 Golden Globes, the celebrity-studded evening on March 7 took a different turn, favoring unique and one-of-a-kind looks. Attendees and nominees complemented stunning gowns and designer ensembles with cutting-edge nail art, on-trend shades, and an expert lesson in utilizing press-on nails — for incredible results.

Which just goes to show that everyone has probably spent the last year perfecting their press-on nail technique, including celebs and their teams. Below, TZR's top four nail moments from the 2021 Critics' Choice Awards and all of the press-on nail designs or nail polish you might need to recreate the looks at home. (Just remember to have a cuticle oil on hand when it's time for removal. You'll thank yourself later.)

Actor and musician Andra Day's manicure will have you running to grab your own box of Kiss Gel Fantasy Press-On Nails. "Andra loves long, square nails, and the pink added a soft pop of color for an overall subtle yet stunning look," explained celebrity manicurist Jolene Brodeur in a press email.

Kiss
Gel Fantasy Press-On Nails All About You
$8.23

Long, delicate white nails accented the neutral tones of actor and musician Cynthia Erivo's custom Vera Wang dress, creating a contrasting pop against the cream-colored fabric. Going to your nail technician is the best bet for a similar look, though a boutique press-on set or even ready-made press-on nails are options, too.

As the singer behind the Best Original Song-nominated track "Fight For You", H.E.R. sported a Yin Yang manicure with swirling black-and-white accent nails for extra vintage flair. Get the look with Yin Yang-inspired press-on nails.

Following her stunning Golden Globes look, actor and director Regina King wore what looks to be yet another metallic nail color — and sculptural sequin dress. No firm details on either shade yet, but pick up Static Nails' color-shifting nail polish for a dramatic hue that matches King's Versace dress.