You won't want to miss them. 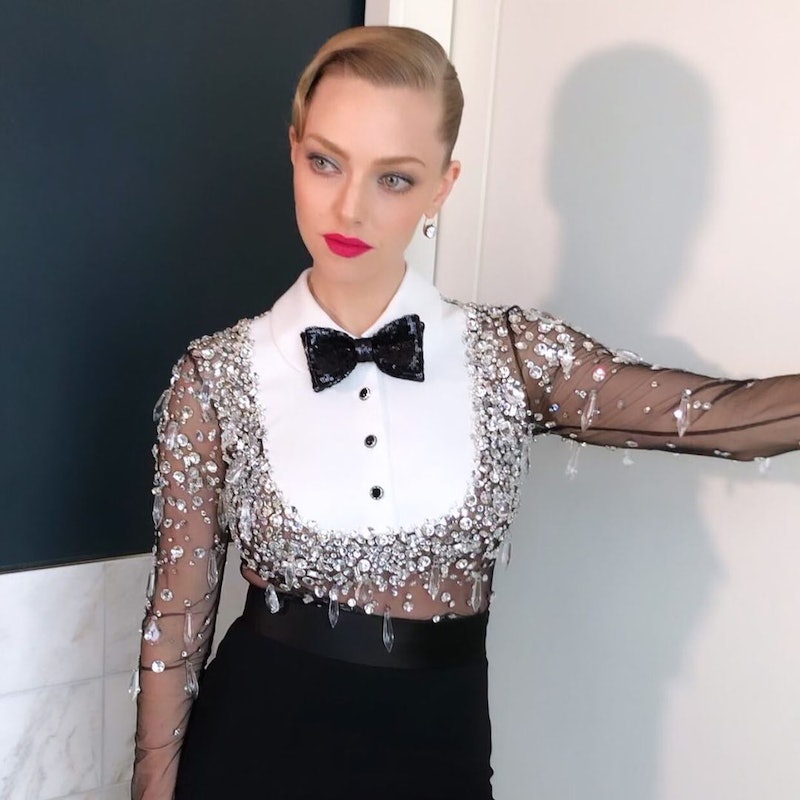 If the beauty looks at the 78th Annual Golden Globes last weekend was exactly what you needed to feel inspired again, here's even better news: You have even more red carpet moments to feast your eyes on, thanks to the beauty looks from the 26th Critics Choice Awards.

Hosted by Taye Diggs, the event runs similarly to the Golden Globes with a mix of virtual and in-person celebrity arrivals. Diggs presents from the Barker Hangar in Santa Monica, California, while others grace television screens across the globe from their living rooms. Unsurprisingly, despite the change this year, A-listers still manage to bring the glam. Take Gal Gadot, who was arguably the most talked-about tonight for her jaw-dropping makeup done by Mélanie Inglessis. And, of course, you can't forget about Amanda Seyfried, who deserved a trophy for her hair, thanks to hairstylist Renato Campora.

Grab a front-row seat on your couch, pop some popcorn, and get ready to see a slew of eye-catching hair and makeup looks. Below, find the best beauty moments from the 2021 Critics Choice Awards.

The Best Beauty Moments From The 26th Critics Choice Awards

Amanda Seyfried's old Hollywood glam moment was made possible by FEKKAI Artistic Director, Renato Campora, who, according to a press release, "drew inspiration from Berlin 1920s Caberet, channeling Marlene Dietrich and Liza Minnelli." And makeup artist Genevieve Herr was behind the actor's gorgeous makeup, using products from Lancôme. "My inspiration for Amanda’s makeup was a modern take on 'Cabaret,'" Herr says in a press release. "A kind of vintage 'movie star' glamour with a shout out to today’s trends. A smokey eye, but more subtle; a saturated red lip with a dash of pink.”

Emma Corrin's slightly messy hair made her edgy beauty look even cooler. Of course, this wouldn't be possible without her glam squad, which consisted of makeup artist Florrie White and hairstylist Daniel Martin.

Jameela Jamil's signature curtain bangs made an appearance at the award show. For her makeup, she matched her flushed rosy cheeks to her lip shade.

In true Zendaya fashion, the star (virtually) arrived in an undone bun with a few of her adorable curls left out.

Yara Shahidi's stunning makeup was done by makeup artist Emily Cheng, who used all Dior products. And hairstylist Nikki Nelms for Maui Moisture was responsible for the actor's eye-catching updo.

Makeup artist Angela Levin was inspired by the sky in Shira Haas' hotel room for the star's makeup. "When I got the room and met her, she was standing in front of this big window in her hotel room in LA and the sky outside was just stunning," Levin says in a press release. "It seemed to match her delicate soul. I wanted to take that beautiful sky and make it the inspiration for her look tonight." The makeup artist used Armani Beauty products and says the tones completed the Armani dress perfectly.

You can thank makeup artist Vincent Oquendo for Jurnee Smollett's intricate eye look and glowy skin. Oquendo used Furtuna Skin products on her face, as well as Lashify Gossamer lashes in B.10 and B.12 on her eyes.

Zendaya's breath-taking beauty moment was courtesy of makeup artist Sheika Daley, who achieved the look using Lancôme products. “The entire look of the night was inspired by the late Cicely Tyson," Daley says in a press release. "This look was about fun and adding a pop of color. We haven’t played with color in a while and wanted to add something bold against the volume and brightness of the skirt. We played around with colors and ultimately decided on the eyes being the focal point.”