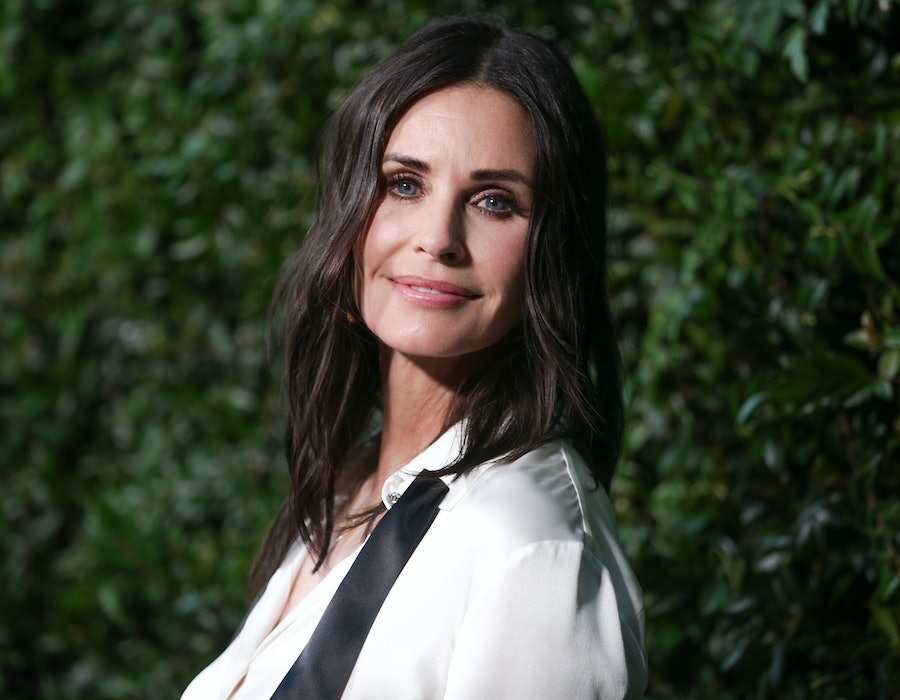 When you’ve had a *day,* there are few things less appealing than the thought of cooking a complicated, time-consuming meal. Yet it often feels like the only alternatives in that situation are heating up processed frozen foods or spending a ton of money on delivery. That’s actually not the case though — because luckily for lazy (or just-plain-tired) home cooks everywhere, the one-pan dinner exists, and it can still be a great way to get in some daily nutrients without a ton of effort. Case in point: Courteney Cox’s baked halibut recipe, which she graciously shared with her Instagram followers in a step-by-step tutorial.

In a March 8 IGTV, the Friends star introduced her go-to fish meal on the platform with a breakdown of the entire recipe in the caption. “If you hate fish as much as I do...you’ll love this recipe,” she wrote before listing out all the necessary ingredients for each element. And like the dish as a whole, the lineup is relatively straightforward.

Cox begins by roasting halved cherry tomatoes and a few cloves of garlic mixed in a basic red wine vinegar sauce. After they’ve been cooked, she adds the halibut filets and covers them with the vegetables, baking them together for a few more minutes. Then, fish lovers can actually stop there — the next steps are only necessary, explains Cox, if you’re looking to hide some of the filet’s taste.

“Not that you need this, but I like to make aioli sauce to go with my fish because I don’t like fish at all,” she says, launching into another easy step of the recipe by mixing light and regular mayonnaise, garlic, lemon, salt and pepper, and cayenne pepper for a creamy topper. To finish, she garnishes the meal with chopped mint, basil, and lemon zest for a dose of color and brightness.

While the final result makes this look like a difficult meal, it’s easy to tell from Cox’s tutorial that it’s anything but. As the star jokes throughout, she’s not exactly a skilled cook herself. “Even though I played Monica, a chef, on Friends for so many years, I never learned how to chop. I could easily cut one of my fingers off,” she says at one point while shakily slicing into a shallot. Plus, you barely need to follow the recipe at all: She consistently ignores measurements and encourages followers to make this their own, further proving that anyone with some tools, an oven, and about 30 free minutes can take this on.

Instead of loading up your freezer with pizza, bookmark this recipe for your next lazy night — and then continue on to stock up on some cooking essentials that’ll make this simple meal even easier, ahead.