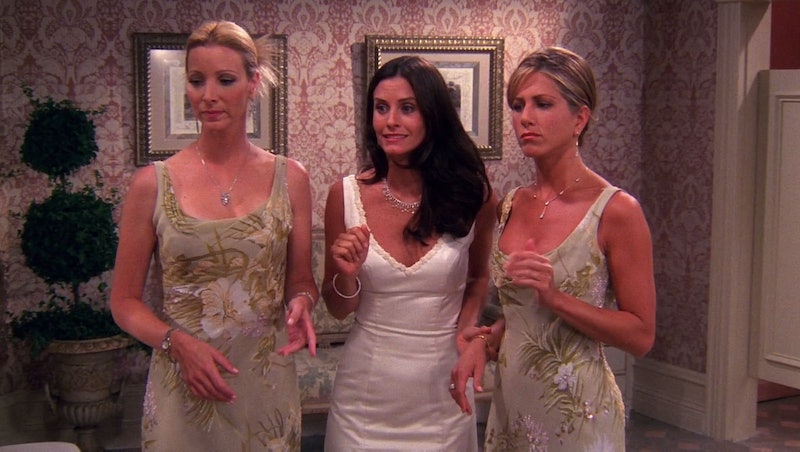 When it comes to iconic television, fashion girls would be hard-pressed to find a show that set more trends than Friends. Rachel Green's honey-brown shock of hair was entirely prophetic, as were Monica Geller's faithful Levi jeans. The series continually gave rise to hallmark styles, many of which have been going strong ever since. Though certain outfits may come to mind first (Rachel's workwear at Bloomingdales and Ralph Lauren, for instance), the best Friends fashion looks are far more varied than you'd think, with scores of chic ensembles coming from all three Manhattanites.

For those who have picked up on resurrected button-up mesh dress trend, it partly originated with Phoebe Buffay's style file. Wearing separates in bright hues and punchy prints (with hair that was always in a twist-up in early seasons), the pre-Y2K look was undoubtably ahead of its time. The same can be said for Monica's space-dyed handbags, which called on the oversaturated greens and blues that are back in vogue today. No matter which Friends girl matches your personal style, all of their outfits on the show are worth pilfering inspiration from.

Continue ahead for the very best ensembles over the show's decade-long run: