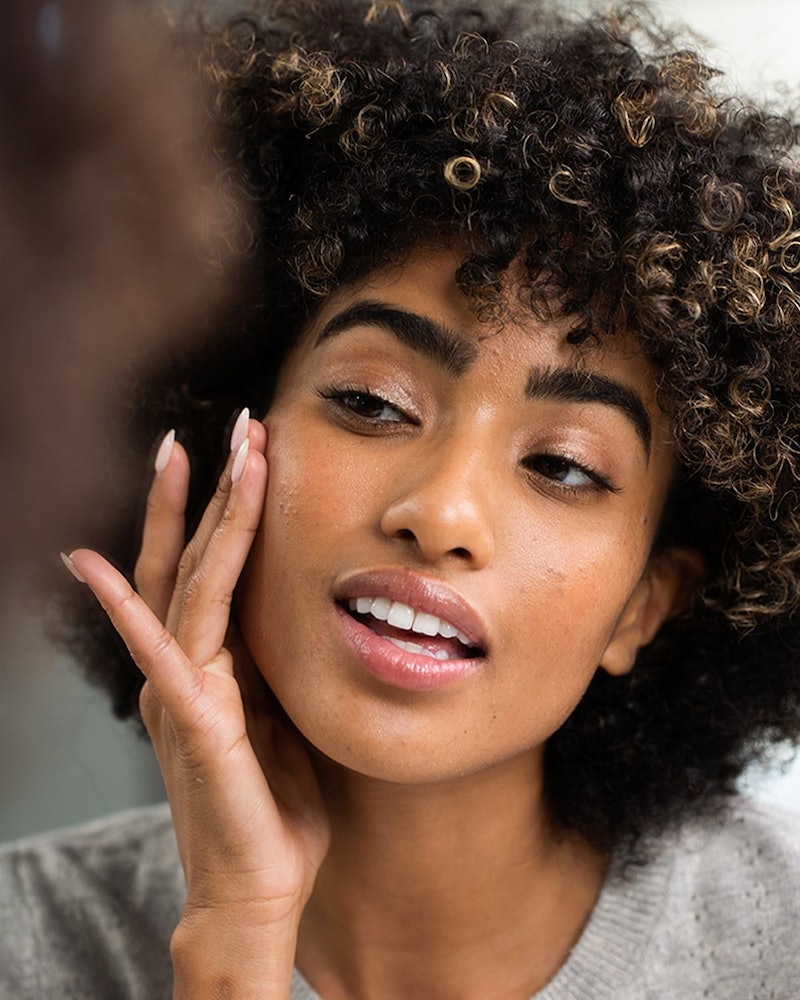 Let’s be honest: Even though you’re supposed to wear SPF year-round, you’re probably more diligent about it in the spring and summer when you can actually see the sun. Which means right now, you’re likely in the market for a new seasonal sunscreen and wondering what kind of SPF to choose. Finding your perfect formula is always a process of trial and error — but a little dermatological guidance can help, especially when it comes to determining the difference between physical and chemical sunscreen in relation to both sun protection and your particular skin.

“A physical sunscreen primarily works by deflecting ultraviolet rays,” Dr. Sejal Shah, a dermatologist and the founder of SmarterSkin Dermatology, tells TZR. Physical sunscreens are also known as mineral sunscreens, and the entire category is made up of only two natural ingredients: zinc oxide and titanium dioxide. “A chemical sunscreen protects the skin by absorbing ultraviolet rays and converting them to heat through a chemical reaction,” the dermatologist adds. Common chemical actives in sunscreen include avobenzone, oxybenzone, ensulizole, and octinoxate; all four of which were recently found to absorb directly into the bloodstream by the Food and Drug Administration (FDA).

“I don’t prefer one over another,” Dr. Loretta Ciraldo, the founder of Dr. Loretta Skincare (and one of the first dermatologists to study the sun’s effects on the skin in the 1970s), tells TZR. “Instead, my advice to all patients is to use a sunscreen that you like.” Which, admittedly, is easier said than done.

Ahead, everything you need to know about physical and chemical sunscreens — including which is best for sensitive skin, and the potentially harmful chemicals that have been banned in certain states — in order to find the right formula for you.

The main advantage of mineral sunscreens? They’re easy on sensitive skin. “They are less likely to cause irritation and less likely to clog pores,” Dr. Shah says. “They are also better for those with heat-reactive skin (rosacea, for example) as they deflect heat and energy away from the skin.” In fact, zinc goes so far as to actually soothe inflamed skin — that’s why it’s a key ingredient in diaper rash creams.

Also in the “pro” column: Physical sunscreens are natural, start working as soon as they’re applied, and carry virtually no risks. “Zinc and titanium are the only sunscreen actives labeled by the FDA as Category 1, meaning they are considered safe and effective,” Dr. Loretta says. (Chemical sunscreen ingredients are considered to have “insufficient data” to determine a safety rating.)

Another advantage is the longevity of physical sunscreens. "They're more stable and therefore usually have longer shelf lives," Dr. Hadley King, MD, a New York City dermatologist, says. "Expiration dates are stamped on sunscreen containers to specify the time limit for the product's stability and efficacy. For optimal sun protection as well as texture, stability, and sterility, use the sunscreen prior to the expiration date."

Alas, mineral sunscreens do have a couple of cons. “They don’t blend into [the] skin as well, and often leave a white cast,” Dr. Loretta tells TZR — although modern brands have found solutions to the white-cast problem with natural tints like cacao powder and color-adapting pigments. These ingredients aren’t always sweat-proof or water-proof, so they need to be reapplied consistently.

While chemical sunscreens have some definite aesthetic benefits — “they tend to be thinner, so spread more easily, and they do not come off as easily in water or while sweating,” per Dr. Shah — many prominent chemical SPF actives have come under scrutiny lately.

In early May 2019, the FDA released new research that proves four common chemical sunscreen ingredients absorb directly into the bloodstream (specifically, avobenzone, oxybenzone, octocrylene, and ecamsule). Within hours of application, the chemicals’ presence in the human circulatory system shot up to “concentrations above the FDA’s toxicology threshold,” as reported by Wired, and remained elevated for three days post-application. Further studies need to be conducted to determine what, if any, health threats this information implies. “Based on what we know today, the benefit of wearing sunscreen in protecting the skin against skin cancer and premature aging outweighs the potential risks,” Dr. Joshua Zeichner, MD of Zeichner Dermatology tells TZR. He suggests that those concerned about the recent FDA findings use mineral sunscreens.

What’s more, oxybenzone “may damage coral reefs,” Dr. Loretta says, “and is already illegal to use in Key West and Hawaii as of January 2021.” The ingredient has also been shown to prompt allergic reactions and “may be an endocrine disruptor,” according to the dermatologist — so, in other words, it has the potential to mess with your natural hormone levels. The same can be said of octinoxate. Although Dr. Loretta notes this active “goes on smoothly, not pasty,” she also tells The Zoe Report the ingredient isn’t easily removed from water in waste treatment plants — meaning it can contribute to pollution levels.

One alternative, avobenzone, makes for a solid shield against UVA rays, but doesn’t protect against UVBs. “It also degrades quickly when exposed to sunlight — i.e., as you are wearing it — and it can lose its efficacy by about 50 percent,” Dr. Loretta adds.

“Chemical sunscreens are more likely to cause irritation, so may not be ideal for sensitive skin, and they may exacerbate heat-sensitive skin conditions as they increase the skin temperature,” Dr. Shah tells TZR. “They also require time to start working, so chemical sunscreens need to be applied 15 to 20 minutes before being exposed to UV radiation.”

Physical Vs. Chemical Sunscreen: So, Which Is Right For You?

“If someone has sensitive skin or skin conditions that may be reactive to heat, I do tend to recommend mineral sunscreens,” Dr. Shah says. “But in general, I advise using a sunscreen you will use.” In other words: If the fact that a mineral sunscreen may require more frequent reapplication is a deal-breaker for you, it’s fine to opt for a chemical version — so long as you’re aware of the risks and rewards of each.

However, Dr. King has an affinity toward mineral formulas specifically. "I recommend physical sunscreens because they block a wide range of UV wavelengths and they are photo-stable," she says. "And there are fewer concerns about their potential adverse effects both to the body and to the environment. Plus, they have come a long way from their chalky, white, hard-to-spread predecessors. There are now many brands making physical sunscreens that are easy to apply and look great."

Additionally, if you have melasma, which New York-based dermatologist Dr. Dendy Engleman says is the result of sun sensitivity (often in pregnant women), you might want to avoid chemical formulas. “[Melasma] is exacerbated by increased sun exposure,” she explains. Sunscreen is also a foundational treatment for pigmentary disorders like melasma. “Chemical sunscreen does not protect against melasma — and, in fact, can actually worsen melasma — because it requires the sun’s rays to be absorbed into [the] skin first before chemically converting them into heat and releasing them.” And even though chemical sunscreen will prevent sunburn, Dr. Engleman notes that because the sun’s rays are absorbed by the skin, you won’t prevent melasma from forming with this type of SPF.

To add to that, dermatologist Dr. Joshua Zeichner, MD, FAAD says sunscreen is also a foundational treatment for pigmentary disorders such as melasma. “UV light, infrared radiation, and even visible light are known exacerbating factors for melasma, a condition characterized by pigmentation around the cheeks, temples, and mouth.”

In order to protect melasma from worsening in the sun, Dr. Engleman says you must shield your skin against the sun’s rays. “Mineral, [also known as] physical, sunscreens do just that; zinc oxide and titanium dioxide, the active ingredients in mineral sunscreen, create a barrier between your skin and the sun and deflect damaging UV rays,” the dermatologist explains. “I love Blue Lizard Australian Sensitive Mineral Sunscreen SPF 50+ because it is great for all skin types, even sensitive, and provides broad-spectrum sun protection.”

Ahead, the 15 mineral and chemical SPF formulas to keep your skin safe through spring, summer, and beyond.

This formula is a tinted moisturizer with broad-spectrum SPF 45. The physical blocker with zinc oxide and titanium dioxide, boasts a lightweight consistency and coverage.

For those who don't want to mess up their makeup, this is for you. This lightweight powder is like a light setting powder and can be applied on the go.

Clean beauty brand Meow Meow Tweet's Everyday Sunscreen just launched this month. It features a 20 percent concentration of uncoated zinc and is safe for use on face *and* body.

EiR's mix of zinc and cocoa powder is reef-safe, skin-safe, and water-resistant.

Brush On Block's powder formula is a mineral blend of zinc oxide and titanium dioxide with a buildable tan tint to prevent potential blending disasters.

Slather on this 100 percent natural (and fragrance-free!) option from Love Sun Body to stay safe from the sun *and* harmful chemicals.

BlackGirlSunscreen's signature formula is free from oxybenzone, and instead relies on avobenzone, homosalate, octisalate, and octocrylene to absorb the sun's rays. Bonus: It's completely clear.

A moisturizer and sunscreen in one, Supergoop!'s Superscreen Daily Moisturizer features avobenzone, homosalate, and octisalate alongside hydration-boosting glycerin.

This cult-favorite SPF from Dermalogica uses "advanced Oleosome encapsulation technology" that "increases SPF performance while using fewer chemical sunscreens," according to the brand's site. As a result, avobenzone and octinoxate are included at lower concentrations than normal (3 and 7.5 percent, respectively).

With both mineral sunscreens (zinc oxide, titanium dioxide) and chemical sunscreens (octinoxate), Volition's light-reflecting formula has the added benefit of giving skin a sun-kissed glow — minus the sun damage.

This article was originally published on 5.16.2019