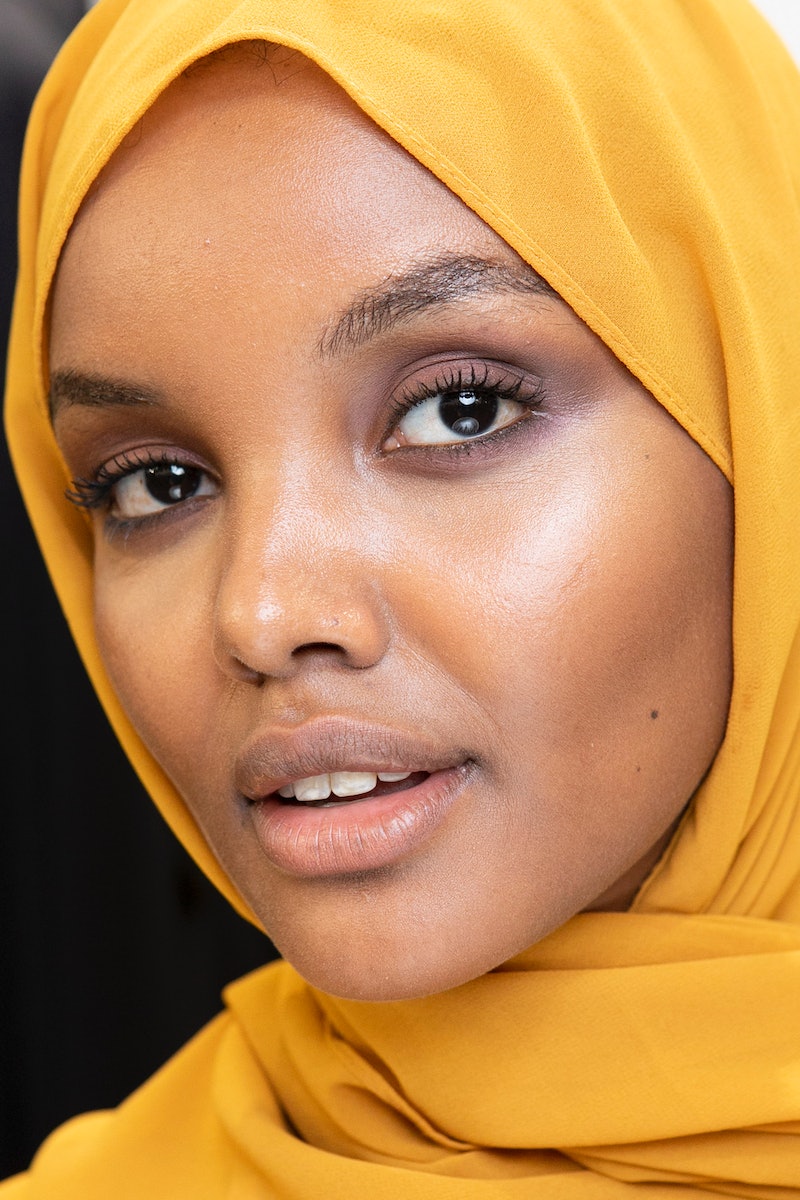 My period always begins with painful cystic acne bumps on my chin that often leave scars once they finally decide to disappear. For years, I tried every spot treatment, cleanser, and clarifying mask to get rid of them. And after all of that testing, I've finally discovered the hormonal cystic acne remedies that work for me, and surprisingly, they include plenty of oil — which seemed counterintuitive at first, since my skin veers naturally oily.

For a while, I thought the answer was to strip my skin. I was convinced that if there were minimal oils, no breakouts could form. As a result, I began over-exfoliating, using microbead scrubs four times a week to prevent the breakouts from appearing again. Yes, I know, microbead exfoliation is a rookie mistake, due to the small tears they cause — and microbeads are now banned from personal care products — but desperate times called for desperate measures. I certainly learned the hard way, and suddenly, the occasional breakouts were a constant I couldn't seem to get rid of.

"Too much stripping of oils can actually cause longterm damage to the skin," Sonya Dakar, founder of her eponymous skincare line and clinic in Los Angeles, tells me. "We understand the concept with hair, but it's still catching on for skin. It can cause permanent damage if not corrected." And that explains why the constant exfoliation began breaking my skin out even worse — although yes, my skin was incredibly glowy. "Over-processed skin is thinned out, easily inflamed, irritated, and hypersensitive," Dakar says. "It can also cause premature aging, sagging, loss of elasticity, as well as hyperpigmentation, eczema, dermatitis, and even rosacea."

Before I could develop any of those skin conditions, I made a change. Triggered by a comment my mom made after seeing me for the first time in months, I knew I had to. "Your face is lighter than your body," she insisted. The statement, cosigned by other family members, incited a complete overhaul of my skincare routine, as I realized that my over-exfoliation had completely rid my face of dead cells. For about a week, I practiced "skip-care" and only opted for a gentle cleanser and moisturizer in the morning and at night. And over a four-month period, I slowly incorporated more products like toners, masks, and more sophisticated moisturizers back into my routine, making sure I paid attention to ingredients, avoided microbeads, and embraced oils. As a result, my skin began to look much healthier. It's not completely free of breakouts, as cystic acne is hormonal — but the flares are much more infrequent, disappear quicker, and I don't freak out whenever I feel a bump forming.

That said, ahead, check out my winning lineup that's helped turn my overexerted skin into a complexion that's perfectly manageable.

Once a week, I give my skin a good masking with my favorite volcanic clay formula. The key ingredient helps to absorb the excessive oil on my face, yet preventing over-drying of the skin.

I like to refer to this bar as my clarifying cleanser. The deep sea mud wakes my skin up in the morning.

My second cleanse of the morning comes from my Dermaquest favorite, a formula that's so rich and creamy. The light lather immediately delivers moisture to my skin, smells amazing, and provides a radiant glow to my complexion the second I step out of the shower.

"Oils should also be added to an acne-prone skin regimen," Dakar says. "It feeds the skin and balances its oil production. While using the right oil, your skin will be much more balanced." These Eve Lom capsules provide just the right amount of product, smell amazing, and removes all of my makeup after a long day.

I swear by this cleanser for my nightly regimen. The medicated foaming wash, which follows my oil cleansing, leaves me with skin free of impurities and prevents breakouts from forming in the future.

I'm going to be honest: I never thought I could love a drugstore toner this much. Packed with salicylic acid, which Dakar says "helps exfoliate the skin keeping pores clear," this toner, which I use in the morning, does exactly that.

If someone were to ask me the most integral product for getting ahold of my cystic acne, my immediate answer would be this serum. Using it at night, I apply a few drops immediately after cleansing. The potent formula digs deep into the skin, delivering a healthy dose of breakout repellant that balances my skin no matter how long the day was.

Dakar suggests light moisturizers that pack hydration for acne-prone skin. This treatment, which contains ceramides to help retain moisture, penetrates the skin without a heavy feel.

My second morning moisturizer yet again boasts a super lightweight formula, but is packs a lot of strength. Filled with barley and sodium hyaluronate, my skin feels smooth, plump, and protected when I take on the day.

When my acne does flare up, I rely on this trusty spot treatment to stop it in its tracks. I'm ashamed to admit that I was the person who used to put toothpaste on my blemishes, and while it certainly dried them out, it was also doing detrimental harm to the skin. Now, I swear by this salicylic acid-powered baby to keep my outbreaks under control.