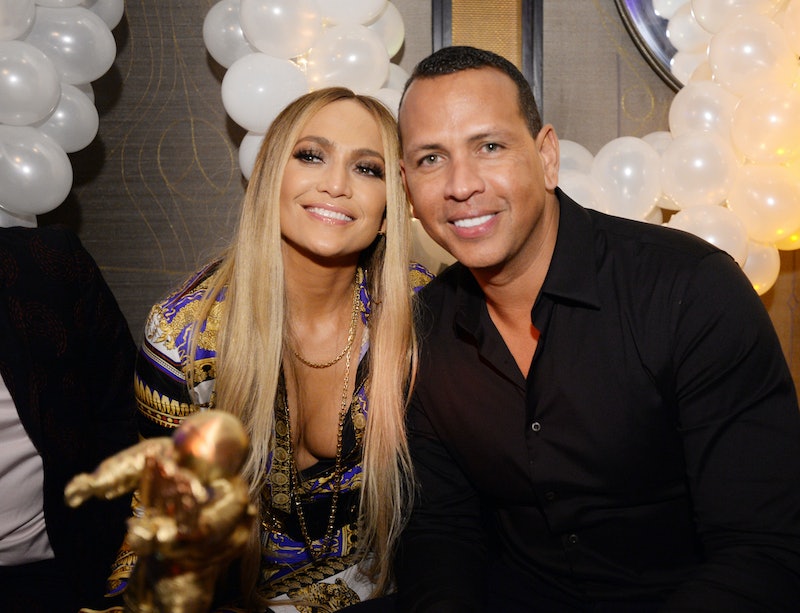 Whether you believe in soulmates or chance, when it comes to finding a partner, it may feel like the stars have to align. Identifying desirable traits — and learning about your own — can help narrow the search, while discovering the most compatible zodiac signs for you can give you some insights, too.

But Ophira Edut, one half of the celebrity astrologists, The AstroTwins, assures that any two signs can make a love connection. In other words, you should never dismiss a date just because your zodiac signs aren't a match. "While many astrologers talk about a 'good' or 'bad' match, we believe that any two signs can work as long as they know what makes the other one tick," she explains. "'Easy' can be boring—and we like to remind people that relationships are designed to help us grow.”

Further, she says, there's more to star mapping than your typical horoscope. "While popular astrology looks at Sun sign matches for compatibility, your entire birth chart tells the whole story (you can do a free one at astrostyle.com). For love matching, astrologers look at the moon, Venus, and Mars in particular.”

With all this in mind, ahead, Ophira shares her expertise on both easy and non-traditional compatibility matches for each sign. As for those platonic relationships that can get rocky? Check out the AstroTwins' book, How to Get Along with Anyone (Yes, Even THAT Person) for seven secrets of cosmic compatibility, and follow @astrotwins on social.

Aries and Sagittarius both respect each others’ need for autonomy. Together, they love living a free, adventurous life. However, too much independence can be bad for their relationship when they start skimping on quality time together.

For Sags looking to “branch out,” Edut says that the big-hearted Cancer can access their softer side. Aries enjoys Cancer’s coddling, while crabs get swept up by the ram’s heroic nature. However, trouble can arise when Cancers get too clingy to independent Aries, who can neglect Cancer’s deep emotional needs.

This pair bonds through deep conversations and dreaming about big ideas and endless possibilities. Together, they may take spontaneous adventures, and they’re not afraid to try new things. However, inquisitive Gems have a tendency to play devil’s advocate instead of automatically agreeing, which can bruise a Sag’s ego.

Edut explains that these two signs can have “wild attraction” when they first get together, but the challenge lies in keeping the spark alive. While the Gemini’s free spirit can bring out the fun side of a Capricorn (and the Cap’s contented nature can keep the Gem grounded), opposing personalities can lead to tension when one wants to go out and the other prefers a night in.

Bulls and fish seek the finer things in life, and they love doing it together. This pairing will savor romance, and enjoy luxury, arts, music, and generally spoiling themselves and each other. However, the emotionally-driven Pisces won’t like it if Taurus, the more practical sign, tries to put an end to the frivolous expenditure.

Edut describes Tauruses and Leos as having power couple potential, parading each other around town as if it were the Red Carpet. However, living the high life can be expensive. While Leos are capable of draining their savings in the name of fun, this can make security-loving Tauruses feel uneasy.

An “ultimate match,” according to Edut, Cancers are maternal signs while Capricorns are paternal, making a wonderfully complementary couple (regardless of gender). These relationships are generally traditional and committed. However, Edut warns, their polarity can cause friction, with Cancers being too sensitive, while Caps can become “overly pragmatic when Cancer just needs a hug,” she explains.

Both lovers of the arts, music, and culture, Edut says these sensitive, gentle signs can vibe together in romance. Libra, the more social one, has a tendency to get a crab out of their shell. However, things can get rocky when the sentimental Cancer craves security, while the indecisive Libra can’t quite commit.

Yes, regal lions love to be spoiled, and two Leos together can play off each others’ romantic nature. They like being admired from afar, but their desire to impress can also impact their finances. At their worst, a Leo couple may stop sharing the spotlight, and instead, begin competing for it.

Another “power couple,” says Edut, this pairing can generate strong chemistry that lasts. Both drawn to power and leadership, they’ll support each others’ endeavors, although a Scorpio won’t seek an audience like a Leo. However, things can go sour if they start battling over a power struggle, and the quieter Scorpio can get envious of Leo’s constant attention.

Virgos and Tauruses have easy chemistry says Edut, and with practical minds, both are often on the same page. This pairing tends to be good at saving money while creating a beautiful home and life together. When they do argue, though, they can butt heads; both must learn to stay “I’m sorry” and “You were right” in order to sustain their peaceful union.

Though non-traditional, Edut mentions this is a match she sees quite often. Together, Virgo and Aquarius can let their quirky sides shine, sharing a unique sense of humor. While Aquarius sees the bigger picture, Virgo gets caught in the details. This means they can assemble fully-fleshed-out ideas, but when they disagree, the disconnect can make solution and decision-making a challenge.

These two air signs love being the life of the party, and together, they love to entertain, socialize, and generally be surrounded by people. Because of this mutual understanding, they rarely get jealous of each other having their own social circle. However, two childlike spirits mean they can be impractical, even lacking a certain sense of responsibility.

Scorpios and Libras are an example of how opposites attracting can make a great team. Scorpio’s attention to detail can help make Libra’s creative visions come to life, so they often make great business partners. However, thunder clouds abound when a competitive Scorpio gets jealous, as beautiful Libra is a natural flirt.

No one understands a Scorpio quite like another, Edut points out. Two Scorpios are loyal and desire deep-rooted bonds, plus they’ll have the ability to intuit each other’s needs. But what’s also deep-rooted are their grudges, and two Scorpios at odds can be a recipe for jealousy, vengefulness, and betrayal.

With fiery intellectual and sexual chemistry, Edut explains that “both are a little freaky in bed and will try anything twice together.” Needless to say, their attraction is intense and lasting, but can also manifest jealousy. Another instance where Gemini’s flirtatiousness can cause trouble, Scorpio can become insecure, and even possessive.

A Sagittarius with wanderlust can find happiness with a confident Leo, and together, they’ll have big dreams, spontaneous adventures, and may even travel the world. However, validation-seeking Leos might get annoyed when their Sagittarius’ short attention span gets caught on something else. In this case, it's beneficial for the lion to spend time with a doting group of friends.

When paired together, Edut says that Virgos and Sagittarii can chat for hours. They’ll analyze subjects from all points of view, and appreciate each others’ snarky sense of humor. However, when introverted Virgos and extroverted Sags disagree, they can easily bruise; both like giving advice but not taking it, and “can leave each other feeling criticized and judged,” Edut says.

These two earth signs are all about savoring the finer things in life. Sensual pleasures make them happiest, and their favorite hobbies include wining and dining with each other. Although they’re affectionate when they’re together, a hardworking Capricorn and Taurus may revert to their workaholic ways once the “honeymoon phase” is over.

Edut explains that Capricorns and Aries are “very different,” but their drive and determination are also qualities they admire in each other. Caps love the air of confidence that Aries emanates, while Aries is drawn to the power Cap exudes. However, when the sea-goat falls into a bout of melancholy, independent Aries — who can dish out tough love, according to Edut — is anything but empathetic.

These nomadic free spirits are happiest when they’re not tied down, and can understand each others’ desire to see the world, laugh, make new friends, and try new things. But their search for novelty can make them bored in long-term relationships. Their adventurous sides can “lead them to other peoples’ beds,” warns Edut, as both have a tendency to have wandering eyes and big appetites.

The Pisces is ever-changing, says Edut, which can keep the interest of an Aquarius. Together, they enjoy humoring and charming each other, plus they both crave the never-ending chase. However, their personalities are so different, it can be hard for them to get on the same wavelength: While Aquarius is easygoing, Pisces’ paradoxes can make them a little too mystified.

Both water signs, Pisces and Scorpios understand each others’ fluctuating moods. Together, they can indulge in fantasies and romanticism, enjoying the grand gestures of love. However, their emotions can get the best of them for better and for worse. When it’s the latter, these two are capable of “knock-down-drag out fights, pushing each others’ buttons, and “wounding each other with cruel barbs,” says Edut.

With all their twists and turns, two Pisces can really “get” one another. That, plus their combined powers of seduction, can create an intoxicating romance. What’s more, the Pisces have a sensitive side, and both partners are deeply nurturing. But two delicate souls can coddle each other too much, says Edut, forming their own protective world and isolating themselves in the process.