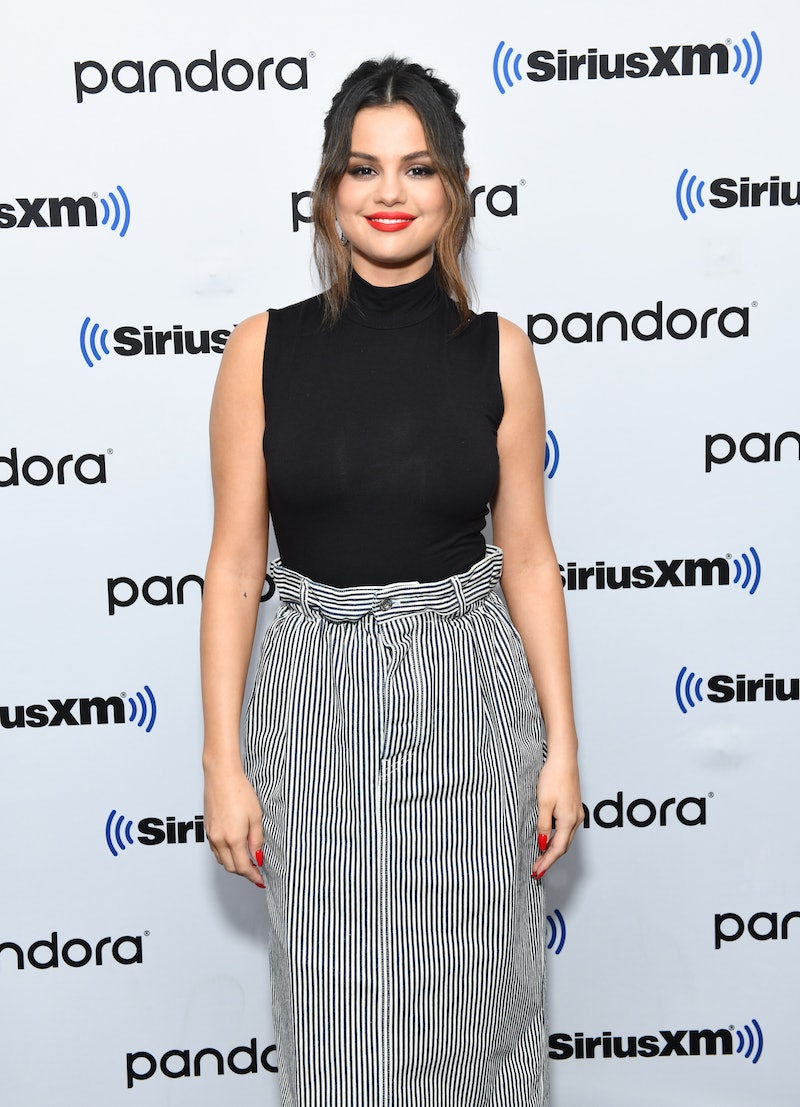 Selena Gomez is officially back. After taking some time away from the spotlight, the singer is making a return into the world of music, with an effortless fashion formula in tow. The dress and boot outfit Gomez was just spotted wearing out in New York City is a smart and chic way to tackle the unpredictable weather head on. In other words, the transitional season has officially met its style match and this effortless combination is to thank.

Last week, the singer released a new single, "Lose You To Love Me," with an accompanying music video, and introduced another one of this season's biggest trends: the cardigan. The singer had another surprise for fans, however, unveiling a second single, "Look At Her Now" shortly after. These new tracks come with a full-fledged reboot of her signature style, as the looks keep pouring in.

Now, Gomez is busy making her press rounds, promoting her new tunes, and she's doing it in serious style. On Oct. 28, the 27-year-old was photographed en route to an appearance on Z100, wearing a zebra-printed midi dress. The fitted piece featured a cool square neckline, long sleeves, and two side slits that allowed her footwear of choice to really shine.

Sneakers are a popular shoe option to wear with dresses (see: the dress-and-sneaker combo celebs like Blake Lively and Kate Bosworth sported all summer long), but now, thanks to the temp drop, another footwear pick is taking the top spot: the slouchy boot.

Gomez slipped into a pair of classic black slouchy boots, which appeared to hit right above the knee. They also featured a pointed-toe front and a thicker block heel that offers lots of comfort.

There's something so captivating about the slouchy boot — they're refined, but have this nonchalant ease to them, thanks to the looser shape. What's more, they hark back on styles from the '80s, and if you follow fashion's cycle, you'll know that decade is officially back in 2019.