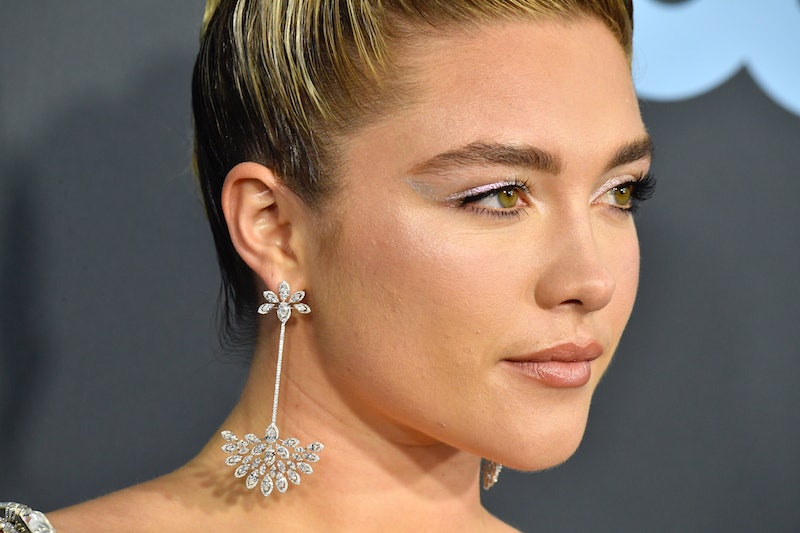 Awards season is in full swing — and with it comes mega-inspiration season. As each new red-carpet show airs (basically every weekend in January), celebrities offer up tons of ogle-worthy material, not only in outfit styling choice, but in hair and makeup, too. So if one show doesn't supply the night-out beauty inspiration you need, another certainly will. The most recent one to provide endless inspo? The best beauty looks at the 2020 Critics' Choice Awards.

The 25th Annual Critics' Choice Awards aired Jan. 12, and for everyone who only watches the first hour (aka when the celebrities arrive), it was riveting. As each new celebrity made their entrance, the tally for best looks seemed to just keep growing. While many stars followed in the Golden Globe footsteps of bold red lips like Saoirse Ronan and Awkwafina, others — like Zendaya and Lucy Hale — took on a new trend of directly matching their makeup to their outfits in a way that doesn't harken back to sixth grade.

Aside from the many makeup looks, hair-spiration was bountiful as well. Hopping on the '70s shag moment, Chernobyl star Jessie Buckley sported a faux mullet (yes, it's worth trying out) while Lupita Nyong'o took her hair sky-high. Whether you're wanting to create something bold like those two or take things a more classic route like Cynthia Erivo's chopped 'do, there was a little something for everyone this show. Keep scrolling to see the best looks from the star-studded evening, and be prepared to want to copy them all.