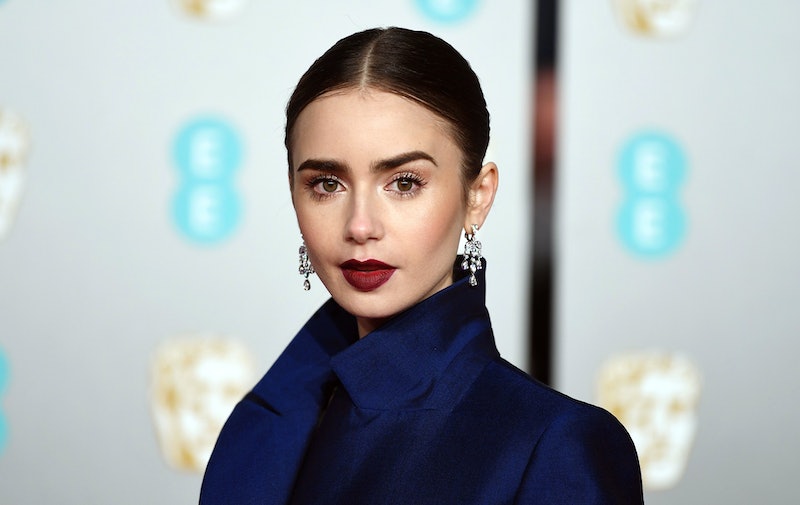 If you're in need of a little Feb. beauty inspiration, look no further than the hair and makeup from the 2019 BAFTAs. An impressive crop of celebrities made their way to the iconic Royal Albert Hall in London on Sun. to honor the best films of the year, and unsurprisingly, the red carpet was chock-full of stunning looks. Alongside the gowns, though, were a handful of beauty looks you'll be tempted to recreate yourself.

Although awards season has already offered a generous amount of red carpet inspiration (remember Lady Gaga's blue hair at the Golden Globes?), the 2019 British Academy Film Awards delivered quite the lineup. Case in point: Lucy Boynton (arguably the breakout style star of the season) arrived with the boldest, smokiest eyeshadow, and Amy Adams showed up wearing a silky, ribbon-adorned ponytail (a trend we also saw on the SAG Awards red carpet).

Alongside bold looks like Boynton's, plenty of celebrities took a minimalist approach, too. Thandie Newton paired her sleek middle part with no-makeup makeup, and Claire Foy styled her bob in a subtle slick-back.

Ahead, The Zoe Report rounded up the very best beauty moments of the evening, including Adams' ponytail, Boynton's eyeshadow, and more. Consider yourself warned: You'll be tempted to recreate all of these looks in the coming weeks.