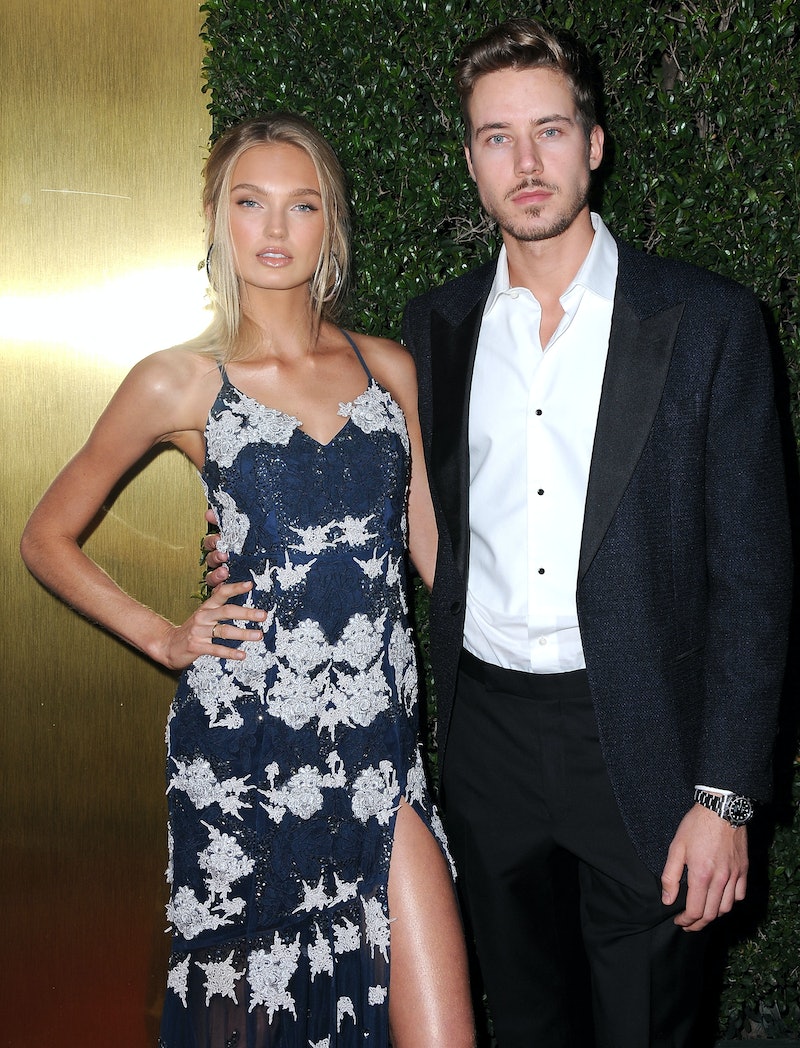 A big congratulations are in order for model Romee Strijd who just announced her pregnancy with husband Laurens van Leeuwen. The 24-year-old shared the exciting news in an Instagram post while wearing one of Cult Gaia's most coveted pieces: The sought-after knit Serita dress, which is back in stock after a couple rounds of selling out. But seeing how well the mom-to-be just modeled it, it won't be for long.

The Victoria's Secret Angel also uploaded a touching video on her YouTube channel announcing the news. "We're so thankful and grateful to announce that we're expecting a baby and I actually can't believe I'm saying this because my thoughts made me feel like this would never be possible for us but here we are," she said, explaining the couple's tough path to pregnancy due to her PCOS, and offered positive motivation to others who may share the same struggles.

In her post, she wore a highly sought-after dress from Cult Gaia, a contemporary label that's made a buzz on Instagram. The $458 dress comes in two color iterations — off-white and rusty amber — and is made of a cotton-blend crochet knit. It's already been seen on fashion's top tier of celebs like Rosie Huntington-Whitely, Nicole Williams, and Candice Swanepoel so it's not surprising that the piece has sold out before. Its curve-hugging silhouette features a chic knot detail with cut outs that open into an exposed lower back. And, if Hailey Baldwin's Reformation dress is any indication, open back midi's might be one of summer's biggest trends.

Romee joins fellow celebs like Katy Perry, Chloe Sevigny, and Gigi Hadid sporting baby bumps right now. Here's to hoping she'll be chronicling her pregnancy style on Instagram for the next few months, and her maternity style later this year.