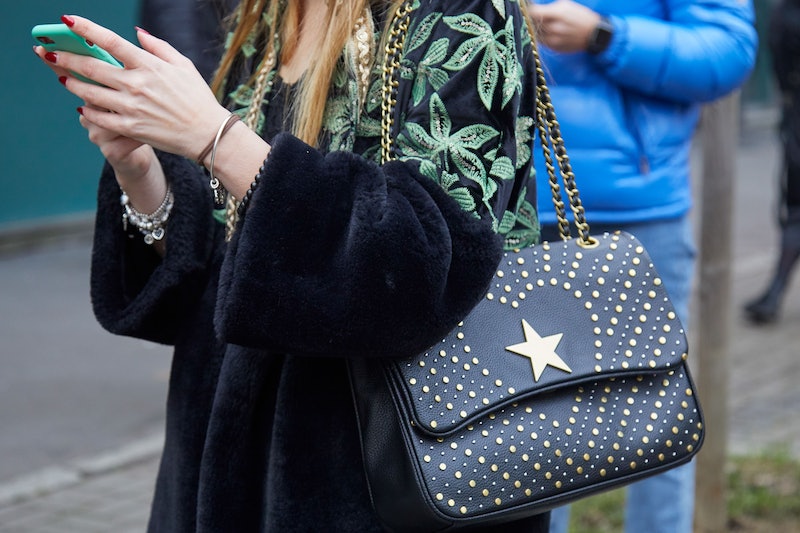 As anyone who's tried dating apps knows, it can be tough to meet someone on the world wide web — not that meeting people "in real life" doesn't come with its fair share of challenges. One of the biggest struggles people can have is navigating communication with someone whose cues are a little tougher to discern from behind a screen, and that's where it would be so handy to have a list of online dating etiquette to follow. And while everyone has their own preferences, some dating experts actually have sorted out some do's and don'ts that make a good rule of thumb to follow if you're not quite sure how to spark a conversation or make sure you're on the same page while respecting each other's boundaries.

A bad online date or interaction can make some people just want to quit apps altogether, but what if you were able to lessen your chances of an awkward first encounter before you even started a conversation? Dr. Paulette Sherman, a psychologist and author of Facebook Dating: From 1st Date to SoulMate, has devoted a good amount of her practice of late to helping people navigate the world of online dating, and she's made note of some of the most effective — and ineffective — ways to go about it. So if you've yet to have luck and land a truly great date via apps, read ahead to find her suggestions for how to politely, respectfully, and effectively pursue romantic interests online.

Do: Start By Showing Interests In Their Interests

When it comes to starting the conversation, Dr. Sherman believes the best route is to connect on a common interest, or at least show you've paid attention to theirs. "Start with something from their profile, like a place they’ve traveled or an author they love," she suggests. "You can share something about yourself and ask a question at the end so it’s an easy place for them to pick up the conversation where they left off. Even in your profile you can ask a question, which some people call a 'call to action.' This gives prospects something to contact you about."

Don't: Bring Up Anything Too Heavy In Your Initial Chat

"It’s best to avoid any intense or heavy conversations in your initial chat," says Dr. Sherman. "Don’t discuss your divorce, exes, your layoff at work, or your recent depression." This doesn't mean that your views and experiences aren't relevant, but will probably be better valued and empathized with by someone who more deeply knows you. Before you guys really get to know each other, it's best to keep things relatively light and fun.

Do: Mention You'd Like To Get Together If You're Feeling Stuck In Pen-Pal Status

Ever started chatting with a prospective date in an app and then cut to months later and you still have yet to meet? It's more common than you probably think. And while Dr. Sherman notes that some people feel more comfortable taking their time before meeting up in real life, if you're feeling frustrated and stuck in pen pal world, you have every right to be upfront and clear about your interest to get together sooner rather than later. The dating expert believes that after exchanging three or four messages is a fair time to bring up the issue of hanging out, if you're feeling comfortable.

Don't: Confuse Being Flirty With Being Overly Sexual

"I think it’s fun to flirt but it can go to far too fast and then scare the other person away since you don’t know them or their boundaries and vice versa," explains Dr. Sherman. "Some people may feel harassed or disrespected so it’s best to keep flirtation to a minimum till you meet in person and can read their social and non verbal cues. You just want to make each other feel at ease and gage some initial interest and commonalities."

Do: Be Clear About Deal Breakers In Your Profile

Yes, you can and should have deal breakers — but bringing up something like having kids before you even have a first date can feel a little aggressive. That said, Dr. Sherman advises putting anything that's crucial in your profile, so you can avoid the potential awkwardness of bringing it up while still clearly communicate your needs. "Another good thing about online dating is you may know a lot more information upfront from their profile then you would if you meet at a bar," she says. "So, you might see that they have kids or don’t want them or that they smoke. In this case if it’s a deal breaker for you, you move on."

However, Dr. Sherman does suggest if one of your deal breakers isn't clearly indicated on their end, allow yourself to go on a date or two and ask in person, versus in your initial pre-date chat. "It’s not too much of a waste of time and otherwise it might feel like an interrogation or interview asking that via message," she adds.