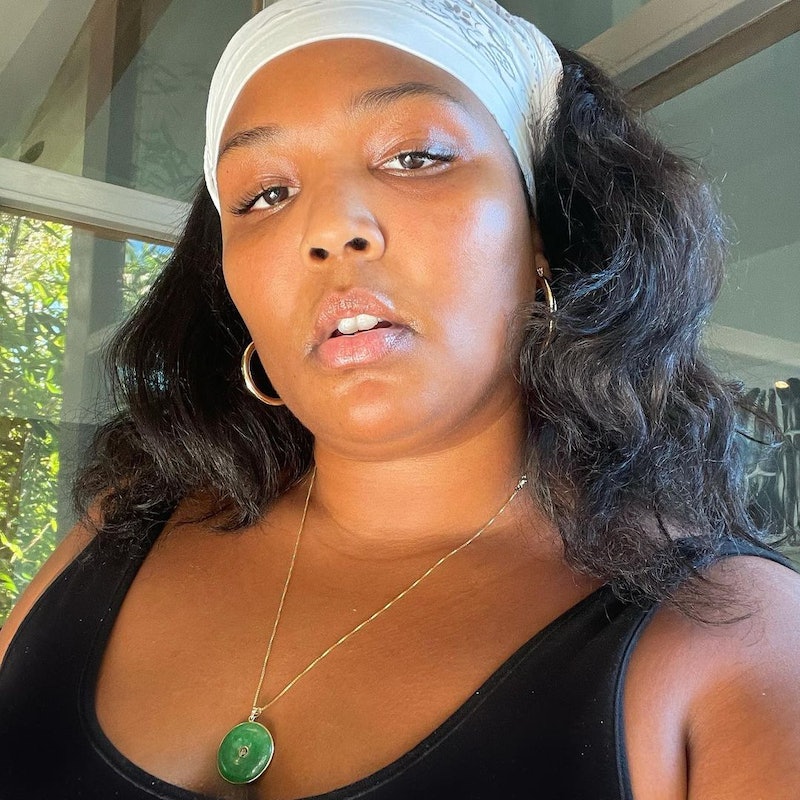 During the height of the strong brow trend, there were rumblings that a throwback to thin, 90s-era arches was looming, but as of now, fuller-looking brows are still highly coveted. Just ask Lizzo's brow master, who recently developed his own product to cater to those who want the fluffy, laminated look but can't make it to his downtown Los Angele-based Brow Down Studio (or anywhere outside their own home, for that matter).

René de la Garza, like so many other celebrity makeup artists and estheticians, started getting creative during Covid as a way to share his secrets to star-quality brows. What he came up with was Brow Naturale, a wax that both conditions and shapes brow hairs for that laminated look, which was one of 2020's biggest makeup trends and one Garza doesn't think will be going out of style anytime soon.

"We're still very much into the look of a full, thick, natural brow but the biggest trend for 2021 is now the brow hair styling," says the brow guru, who also tames the arches of Cardi B. "We've moved past heavy handed brow makeup, and are now on brow products that style the hair for a lifted, natural, and fluffy look." Garza knew he wanted to offer clients and new customers alike an option for achieving this look without actually having to go to a salon, and Brow Naturale, which is cruelty-free and boasts coconut and olive oil and glycerin as some of the star ingredients, was born.

What Garza loves most about the product, which is available now via Brow Down Studio's website for just $16, is its holding power, which as he explains is rare for something that's also so nourishing. "[By] now I've tried every single brow gel on the market, and no brow gel can hold the brows like Brow Naturale can," he says. To use it, simply dampen a brow brush and coat with product, then brush onto hairs in upward strokes. Press lightly with fingertips to set the brows for all-day hold — no appointment necessary.