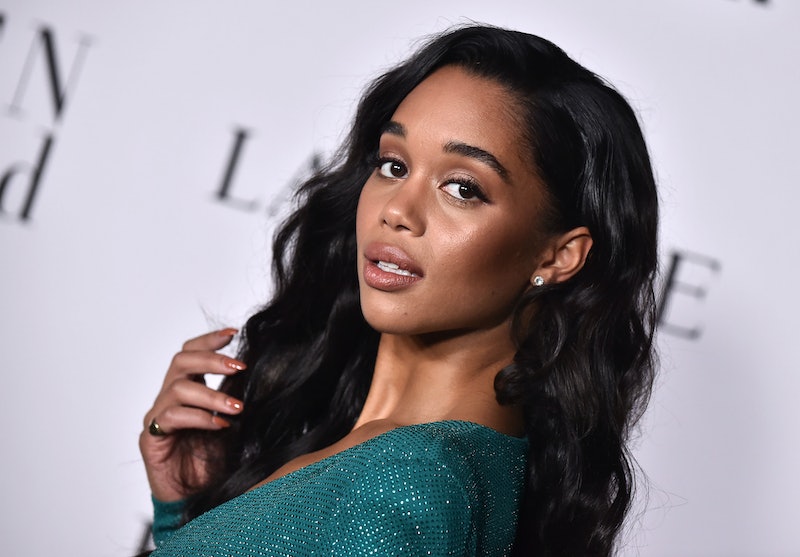 Fashion shows are where the world gets its first glance at a designer’s latest creations. However, it isn’t until these looks find their way onto the red carpet that they truly come to life. When set apart from the rest of the label’s collection, these looks can take on an entirely new feel — and even more so when they’re styled to chic perfection. Case in point: Laura Harrier’s after-party dress from the 2020 Oscars, which looks almost unrecognizable from when it was first seen on the runway.

Awards season will always elicit a fair share of custom-made designer gowns — especially among each year’s nominees. But for those who are simply celebrating by attending the ceremonies and parties that follow, chances are they’ve opted for a look taken fresh off the runway. In some cases, that could mean donning an ensemble that could have walked straight from the fashion show to the red carpet. For Harrier, it involved a change in color, giving it a whole new look for the occasion.

Harrier was seen attending the Vanity Fair Oscar Party wearing Look 47 from Louis Vuitton’s Resort 2020 collection, which features a corset-style bodice, a wide belt, and a striped skirt. The look first made its debut in a monochromatic color scheme of gray and black. For the after-party circuit, the BIOS actor took a more colorful approach.

Rather than wearing her Louis Vuitton ensemble as it was seen on the runway, Harrier — with the help of her stylist, Danielle Goldberg — opted for shades of blue throughout her outfit. And with a pale blue bodice to showcase the floral embroidery in addition to the bold, teal striped skirt, the actor’s look feels like a breath of fresh spring air.

The 29-year-old actor kept the rest of her ensemble on the understated side with a silver metallic purse and ankle strap sandals. Her jewelry was equally chic and simple, maintaining a level of classic glamour with geometric stud earrings and simple bracelets.

This isn’t the first time a star has taken a look from the runway and made it her own. Zoey Deutch made the sartorial move with a bright yellow Fendi Jumpsuit, which was originally seen on the runway in black. And after seeing Harrier’s version of the sartorial trend, it’s safe to say that if celebrities aren’t wearing custom-made gowns, there’s no doubt they’re still putting a unique, personal touch to their red carpet ensembles.