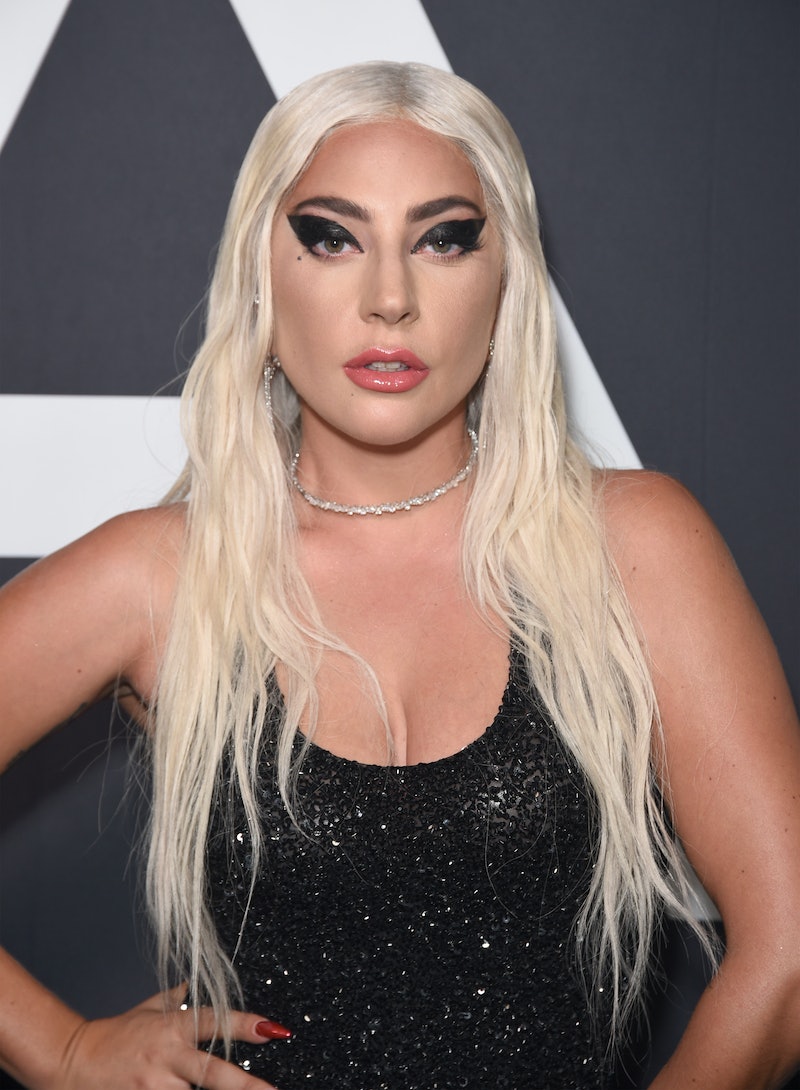 Thanks to Instagram, you've seen plenty of celebrities' extensive routines pre-award ceremonies. Usually these feature stars swaddled in fluffy bathrobes being primped by a team of 10 people, or having enviable facials and manicures done in the comfort of a plush hotel room. Well, Lady Gaga's VMAs prep for this year has gone beyond the luxurious regimens you're used to witnessing, and instead seems pretty far from the classic idea of relaxation.

Both Gaga and her performance partner Ariana Grande have been disclosing a bit of what goes on behind the scenes in preparation for a big production on their social feeds, and from the looks of it, it's not easy. Holding up two rock 'n' roll hand symbols with her hair pulled back into a high bun, Gaga shared a picture of her literally chilling in a bath of ice. She posted it on Aug. 26, a whole five days before her performance, which signals preparation that's more extreme than stars' usual 24 hours leading up.

Though intense, these ice baths aren't new for the singer, who has posted this process before. "Post show routine: ice bath for 5-10 min, hot bath for 20, then compression suit packed with ice packs for 20," she captioned a post from last Oct. 18. And she's not the only person to swear by this freezing cold therapy.

Even if you've never submerged yourself into a pool of ice, you've probably seen cryotherapy booths pop up at spas and athletes submit themselves to what seems almost...well, like a tortuous activity. Despite the cold, they've been heralded for their potential benefits. According to Healthline, the effects of ice baths aren't 100 percent proven, but there's a possibility that they have the power to reduce inflammation in your body, relieve sore muscles, and calm your nervous system.

The idea of using ice has found a spot in the beauty industry, too, working its way from tubs to tools. In a previous TZR email interview, Andy Hamm, the marketing coordinator for skincare brand Aceology, mentioned the benefits of products like ice globes, which can decrease inflammation, de-puff, and lessen the look of redness for your complexion.

Inspired, but a bit apprehensive? It might be worth starting with a roller or some chilly globes before dumping your ice box into your bathtub.