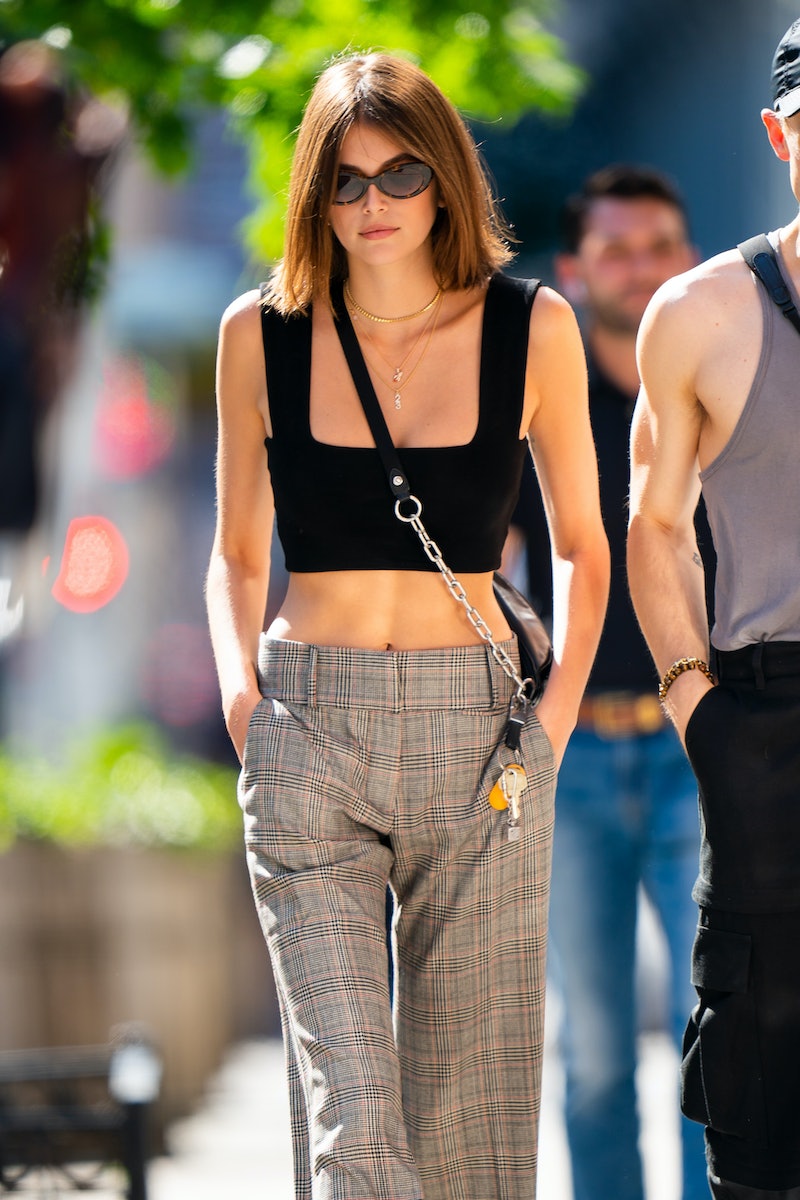 Each spring, the change in seasons invites a host of new swimwear trends out to play. While this year is, of course, unlike any other, one thing remains the same — the style-set's poolside bikini posts are flowing, and all of them are worth pilfering inspiration from. The latest to make a splash is Kaia Gerber's bathing suit, which is, shockingly, still in stock right now.

On May 17, the runway model took to Instagram to debut two new looks. The first was a turquoise, bicep-high cast, which drummed up tons of concern from her fashionable circle. The second was a simple, rouleau-strapped bikini, in an army green colorway that complimented her sun-bronzed complexion. The set chooses structure over the easy, "shapeless" silhouettes that have dominated (in swim and underthings) for many seasons now. With an underwire bra top and a form-hugging bottom, Gerber's anti-trend suit is sure to be the next big thing. And, its sleek khaki green hue makes a welcomed addition to Gerber's robust swimwear arsenal, which is famous for bearing tons of eye-soothing solids.

The top retails for just $68, and the bottom goes for $66. Myra Swim, the cult-followed Australian brand, is behind this look, re-releasing the set for the 2020 season with a few on-trend updates. All Myra's suits are made to feel like a second skin, using Nylon spandex in each piece for a lovable stretch that's sure to be rotated for years over. Plus, the brand has tons of celeb fans to show for it — Bella Hadid, for example, has posed in so many key pieces that Myra has now dubbed its elongated one-piece "the Hadid."

So, while you're filling your cart with all the best trend-focused sets this season, be sure to browse Myra's offering for something with a little more staying power. Below, you'll find Gerber's exact set — and, in case it does sell out, TZR's included a few "like" styles from Myra, along with it. There's a cheeky string bikini and a fuller-coverage one-piece, both in the same army green colorway. Read on: