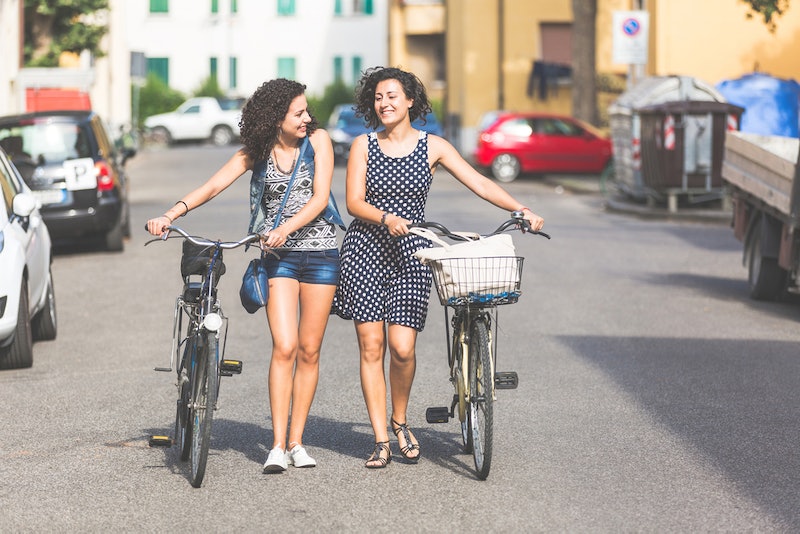 To the surprise of no one, healthy communication is the cornerstone of any and all relationships, both romantic and otherwise. This is all well and good, but the tricky part is figuring out how to fix communication issues once you’re already on the unhealthy route.

Now, “unhealthy” can mean many things, but in this case it mainly refers to communication styles that are ineffective and leading to a clear disconnect between you and your significant other, friend, etc. What do you do when you’re already in a pattern of behavior that is clearly not doing favors for your relationship(s)? And, more importantly, how do you start to heal after damage has already been done?

One important thing to note and mention is that there really isn’t a hard and fast solution to all issues. Every couple and relationship is different and every individual has their respective needs that need to be met. In fact, psychologists Nikola Overall and James McNulty have done extensive research on the topic of conflict and found that no particular communication style was actually effective across the board. Moreover, they found that, at times, even recommendations from counselors were deemed ineffective.

So, the first mode of defense in combating unhealthy communication is — that’s right — communication. “When people stop communicating it’s not that they don’t know how,” says Tina Konkin, relationship counselor, author, and speaker. “Couples will reach out to me and say, ‘We don’t know how to communicate’ — but they’re looking at surface. What did they lose in the communication process along the way? When did they both stop feeling safe?”

In an effort to dig a little deeper into the topic, two relationship experts were tapped to offer their professional insights on the common communication mistakes made on the regular — and how to turn them around for good.

Focusing On The Person And Not The Issue

Laura Doyle, relationship coach, author, and speaker says she learned that honing in on the behavior of your significant other is anything but effective — both in the relationships of her clients and in her own marriage. “I used to tell my husband that he needed to spend more time with me and give me attention,” says Doyle. “This approach backfired. Telling your partner they’re not spending time with you is not appealing — you’re essentially telling them they’re not a very good spouse. It’s this criticism that makes them want to spend less time with you.”

Doyle explains that getting to the root of this surface issue led to the realization that it wasn’t that she simply wanted more of her spouse’s time — “I wanted him to want to spend time with me.” The author said she recalled the beginning stages of her romantic relationship and the things that initially attracted the couple to each other — and what made them want to spend time together — and, more importantly, what changed in her own behavior since then that perhaps impacted the interaction between her and her spouse.

Konkin agrees that self-examination should always be the first step in any conflict, including those involving communication. “Put the problem on the table,” says Konkin. “As long as we’re attacking the person, we’re stripping them of dignity. As soon as people learn that the only thing they can change is themselves, that’s when they will see they have a chance to change.”

This is an obvious one. Tip-toeing or disguising your actual feelings and emotions under the veil of sarcasm or “passive” statements is not only unhealthy, but borderline abusive in some cases. “This behavior commonly reflects hostility which the individual feels he dare not express openly,” said the American Psychological Association in a study. “Often the behavior is one expression of the patient’s resentment at failing to find gratification in a relationship with an individual or institution upon which he is over-dependent.”

According to Doyle, passive aggression is also centered around the “classic communication myth that to be direct in a statement, you have to be mean,” she explains. “The dilemma becomes how to say what you mean without saying it mean. It’s important to find out how to communicate and advocate for yourself without being harsh or rude, and in a way that is self-honoring to yourself — that is magic.”

Changing your language to “express your desires in a way that inspires,” is key here, says Doyle. And, always keep the focus on yourself — your feelings, your needs, your wants — as opposed to pointing the finger. Always own and focus on your side of the fence or, as Doyle calls it, “your paper.”

Whether it’s being more tidy, considerate, or responsive with the text messages, so often these little criticisms we throw out there are saying so much more, mainly because of the way we say them. “These ‘helpful’ suggestions are actually more about control,” says Doyle. “In asking my husband, ‘Is that what you’re going to wear?’ I was actually disguising my judgement.”

Picking your battles here is key (remarking on your partner’s outfit is probably a time in which to keep your opinions and judgements to yourself). "You don’t agree all the time," says Doyle. "But not everything needs to be argued with."

Also, when you do choose to express your needs and requests, as mentioned before, changing up your execution is important. A good strategy to adopt is focusing on the outcome of a particular need or want, as opposed to the "who" or the "how," says Doyle. “Instead of saying, ‘You should do the dishes,’ or ‘the kitchen is a disaster,’ I started saying, ‘I always love a clean kitchen’ and my husband actually started doing it on his own, because he knew it made me happy.”

Make sure to always keep a very important concept in mind in all communication: respect. "Respect is big in any relationship," says Doyle. "Lack of respect is like lack of oxygen." And you want to be a source of oxygen to the people around you, especially those you love dearly.

Doyle says one respect-rooted phrase she recommends all couples and individuals get into the habit of employing is, "I hear you." While small in structure, the overall message is quite impactful. "People love to be heard," explains Doyle. "Everyone needs someone to bear with them. There's so much intimacy and emotional safety that can come from those words."