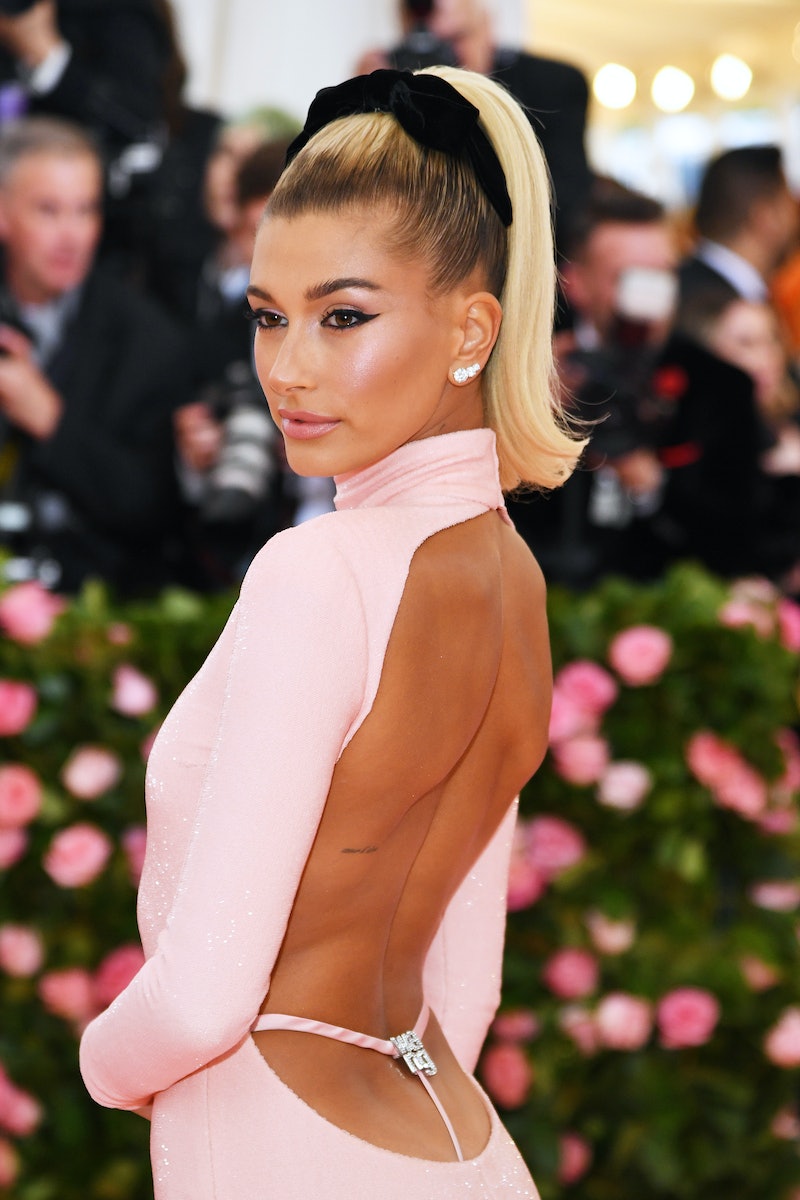 Hailey Baldwin's latest Princess Diana-inspired photoshoot for Vogue Paris is on the verge of breaking the Internet right now — seriously, Twitter and Instagram are blowing up with images of the model channeling some of Lady Di's most memorable looks. But, just a few hours before the 22-year-old started sharing some takes from the magazine spread, another snap surfaced on her 'gram that is near-close to being as iconic as her newly unveiled Vogue Paris spread. Baldwin sitting on a windowsill, with a green manicure and coffee cup in hand, is about as wanderlust-inducing as it gets.

Celebs are celebrating the final days of summer with some last-minute getaways. Baldwin, for example, jet-set off to Jamaica with her closest gal pals, including Kendall Jenner, and she documented it all on her feed. There were lots of swimsuit-clad snaps that'll have you running to savor what's remaining of those relaxing beach days and, of course, plenty of other great style and beauty moments to take note of ASAP, among them Baldwin's candy-apple green nails.

On Aug. 28, Baldwin shared a photo of herself in front of her dreamy getaway home — and while every facet of her vacation style deserves mention, from the gorgeous two-piece, courtesy of swimwear brand Triangl, to her Western-inspired accessories, it's her slime-green manicure that simply made the look what it was.

In case you thought the bold, in-your-face color was fading away for autumn, Baldwin is here to say otherwise. Candy-apple green — or some variation of the verdant hue — is in for fall 2019. And while it's a more unexpected shade for the cold-weather season, where darker polishes tend to reign supreme, it's a great way keep summer's energizing greenery around for a little while longer.

Baldwin isn't the only celeb to sport green nails right now, either. Busy Philipps rocked a similar manicure for a recent shoot for Bustle's annual Rule Breaker's issue — and it's very likely many other A-listers will follow suit.

Ahead, The Zoe Report rounded up the best green polishes on the market, from a more subdued pastel pistachio to a traffic-stopping neon. Pick your poison, below.

If a traffic-stopping slime green is too much for you, this subdued verdant hue is a great, colorful alternative.

These polishes will remind you of summer when chilly fall days roll around. And really, who doesn't want that?

This Sally Hansen Crayola polish collection will take you back to your childhood days. Better yet, all you need is one coat for high-octane color.