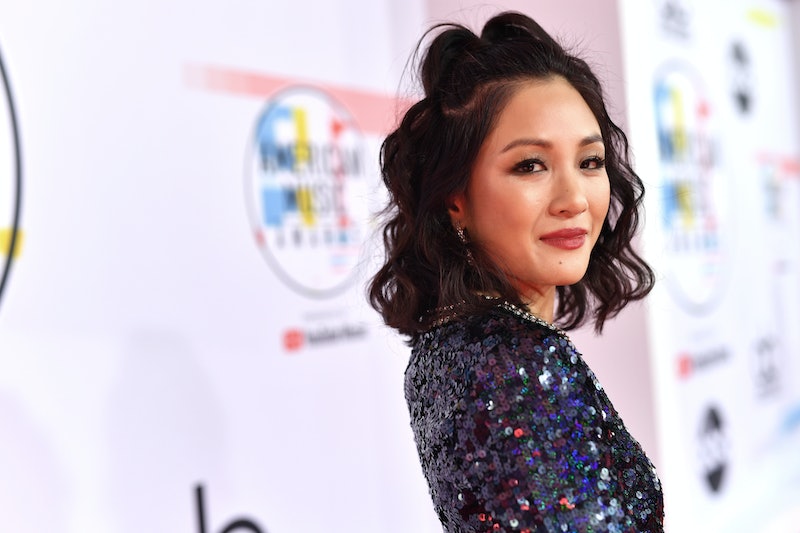 The leading ladies of the forthcoming film Hustlers (set to be released everywhere on Sept. 13, so mark your calendars) have been, well, setting the sartorial world ablaze one press event at a time. The all-star cast, which includes Jennifer Lopez, Constance Wu, and Cardi B, just to name a few, is making a splash with every film-related outing, inspiring plenty to take a style risk, too. Lopez's getups have ranged from head-to-toe leather to all-white, while Wu's recent leopard-print outfit confirms high-octane patterns are currently this actor's M.O.

New York Fashion Week has taken the East Coast by storm, while the 2019 Toronto International Film Festival is proving to be the gathering to watch up North. Drawing an impressive crop of celebs that includes the likes of Meryl Streep, Scarlett Johansson, Felicity Jones, Dakota Johnson, and of course, the leading ladies of Hustlers, the beloved cinematic event has been an endless source of standout style inspo.

Lopez made headlines with her rule-breaking all-white outfit, while Wu took an equally-chic though slightly more edgy approach for a recent Toronto International Film Festival outing. The Crazy Rich Asian actor's press tour looks have all had one thing in common: They've been quite print-heavy, and might even convince the pattern-shy to try out a motif or two this season.

First, it was a checked two-piece skirt set that would, undoubtedly, earn Cher Horowitz's stamp of approval. And now it's a leopard-print skirt set (yet again) that makes two things very clear. First, that the animal motif isn't fading away just yet, and secondly, that Wu has a serious affinity for bold prints this season.

The brand behind Wu's exact Toronto International Film Festival outfit is A.L.C. More specially, the actor donned the label's Emerson Top — a leopard-print button-down — and the Geller Skirt, which features an asymmetric front ruffle and is splashed with leopard prints on a clashing blue and red base. The finishing touches included bright-red pumps and a ruby-red lip that played off of the skirt's crimson hue.

Only time will tell which motif Wu will wear next. She's already sported checks, rocked leopard sports, so maybe next will be bold florals? Regardless, you'll want to emulate her latest look by copping the exact pieces she wore, plus more of The Zoe Report's favorite leopard-print staples on the market. Shop it all, below.

Wear this top with dark-wash jeans or copy Wu and pair it with the leopard-print skirt.

This maxi skirt is perfect for tackling the tricky transitional weather.

Meet the one-and-done outfit that'll save you when you hit the snooze button a few too many times this fall.

Cozy, cute, and comes with matching knit bottoms? What more could you want?