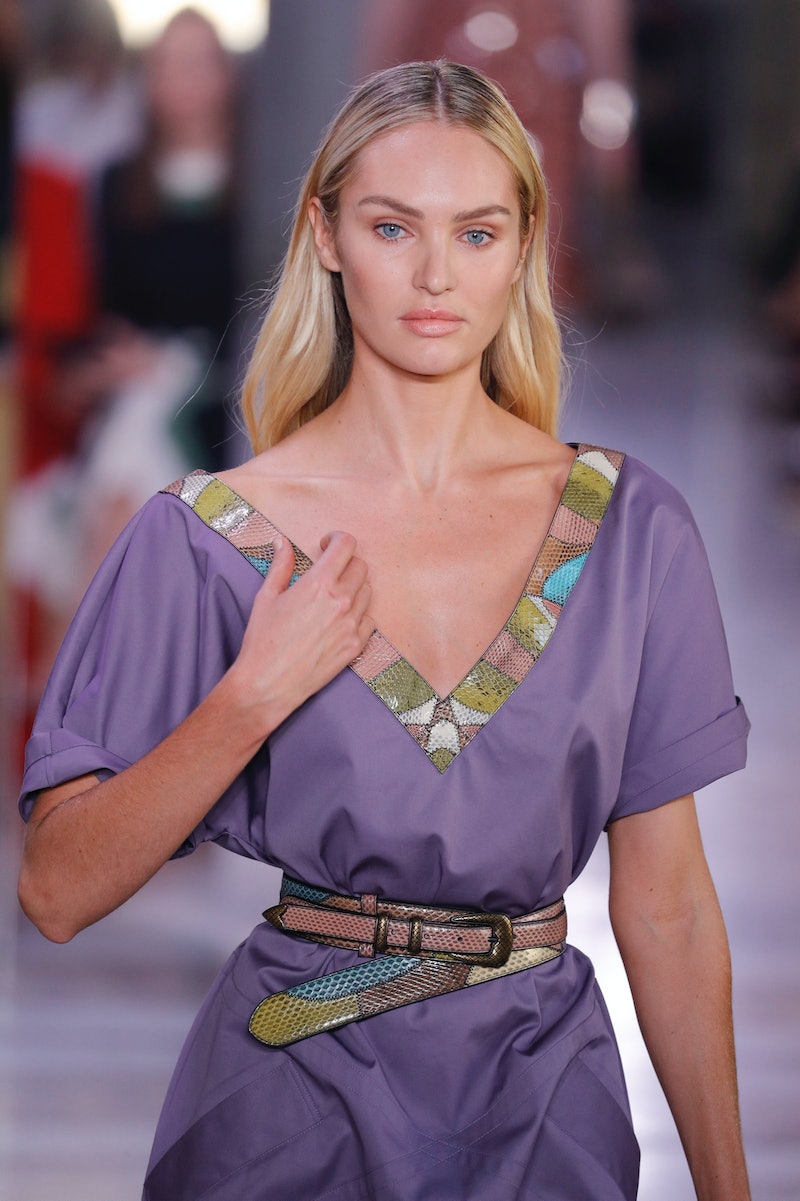 It's the controversial trend that just keeps on going — and going. Bucket hats, a classic early aughts topper that re-emerged on the street-style scene a few seasons ago, are becoming every fashion girl's go-to for a) combating the sun's harsh rays b) tackling a bad hair day and c) taking any average outfit from zero to 100 in mere seconds. If you have yet to hop aboard the bucket hat train, Candice Swanepoel's leopard iteration is surely going to persuade you to do so ASAP.

As summer winds down, celebs are getting in some last-minute R&R before the busy season picks up again. And you know what that means, right? Lots of beach selfies, yachting videos, and wanderlust-inducing snaps are bound to appear on your Instagram feed in the coming weeks — and they might even inspire you to book that vacation you've been putting off.

The Hadid sisters, for example, took a dreamy trip to Greece where you can bet the sightseeing snaps were aplenty, while fellow model and VS Angel Swanepoel spent the last few days of July taking in all the amazing sights and wonders of Brazil (and, of course, relaxing a bit on the picturesque beaches).

The South African beauty shared one stunning shot after the other from her Brazilian getaway, but there was one photo, in particular, that really set the sartorial world ablaze: a selfie of Swanepoel wearing what's presumably a bikini from her Tropic of C swimwear line and a leopard-print bucket hat that's one of the boldest, most fashion-forward takes on the trend — ever.

Swanepoel's hat fuses two of this season's biggest trends in one: leopard print and an early aughts bucket silhouette. Her particular find hails from celeb-favorite accessory label, Lack of Color (also the brand behind the boater hats that were recently spotted on Selena Gomez and Priyanka Chopra).

The VS Angel's bucket hat, dubbed the Wave Bucket, features a simple and streamlined design, including an adjustable wide-brim that shields the sun and a small, practical side pocket where you can store tiny essentials like lip balm and earrings. What's more, it rings in at a reasonable $99, which is quite a steal when compared to other designer options on the market.

Ahead, shop Swanepoel's exact leopard-print bucket hat while it's still in stock, plus more of The Zoe Report's favorites to carry into the new season.

Bucket hat designs keep getting cooler as the seasons go on, and this CLYDE pick is exhibit A.

This is one bucket hat to check out ASAP. It's rendered in this season's boldest color trend and is crafted from a breathable cotton-canvas fabric.