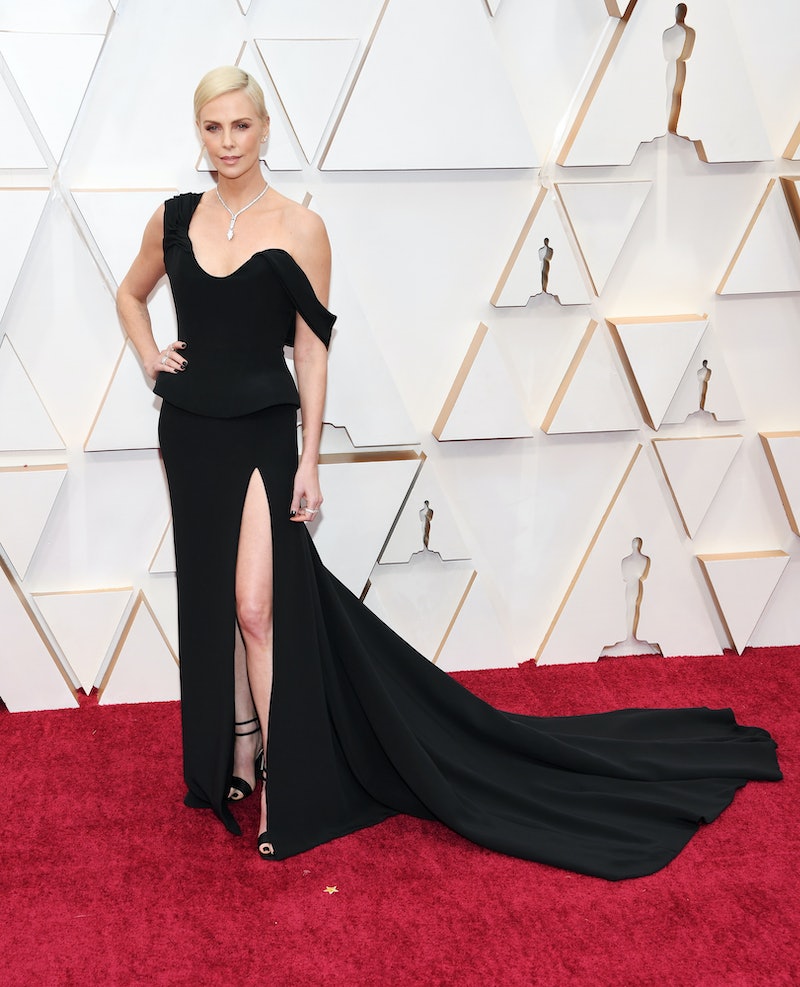 When it comes to pulling off an entire look, it all comes down to the details. And the most unexpected detail from one of Hollywood's biggest nights? The manicures. Black nail polish at the 2020 Oscars is having a major moment and it works with the glamorous gowns surprisingly well.

The Academy Awards always bring the glam, but this time around it seems like celebs are bringing the edge, too. And while this isn't the first time stars have chosen black nails for a red carpet this year, celebrities are donning the shade in ways worth paying attention to. Case in point: Janelle Monáe. The singer dropped jaws when she showed up in a custom Ralph Lauren gown that took 600 hours to make, but she didn't let the glitz stop at her dress. Instead, she paired it perfectly with short black nails that had cuticle-lined rhinestones.

And following along the rhinestone trend, singer Billie Eilish complemented her all-Chanel outfit with seriously long black nails that had a single gem at each tip. Other celebs like Margaret Qualley and Zazie Beetz chose to match their black gowns directly to their nail shade but in playful dots and an updated French manicure. Keep reading to see how more stars brought black nail polish to the Oscars and flawlessly completed their looks.

Eilish brings length to a whole new level with her black, rhinestone-studded manicure.

Riding the French manicure trend, Beetz not only updates the color, but adds a new line shape as well.

Matching her sleek black ensemble, Charlize opted for equally simple, all-black nails on the Oscars red carpet. The look was a stunning contrast against the actor's pale-blonde hair and glowing skin.

The actress kept things simple but playful with her black-dot mani.

Finneas O'Connell's guest and girlfriend, Claudia Sulewski, clearly had the same idea as Zazie Beetz. The YouTube personality also went with an update on the classic French manicure, replacing the typical white tips with an edgy black.